Welcome once again to this week’s super capital kills summary. You can find the previous week’s post here.

This report will include super kills which occurred between May 25th and May 31st. 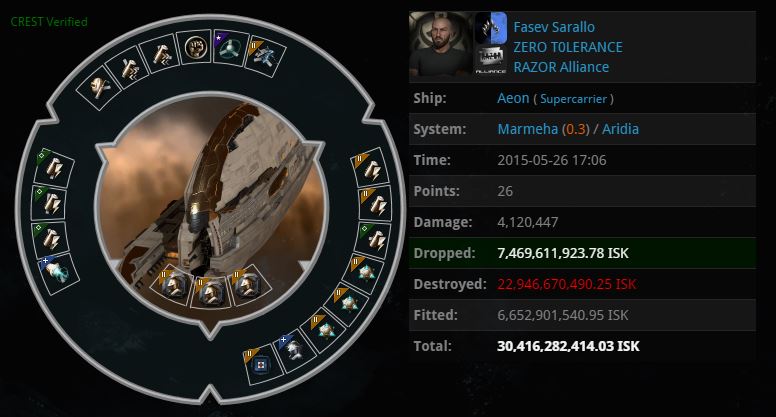 3Better provided me with the following information:

I was basically AFK when the guys found out that there is a travelling Aeon to kill. His cyno was about to be lit, when the unexpected happened. Rad1st in a HIC got decloaked by his cynofrig. The cynochar immediately went in another direction. We switched the spoiled HIC for another one and hoped for best. The cyno hanged around kamih for a while and then came back to isid\marmeha systems. He lingered there a bit and light a cyno, the aeon jumped in, Commander duh got in with his HIC and did his job perfectly. Tackle was established, cyno was lit and i’ve had my chance to DD a super first time 🙂

5 Aeons piloted by Iella Sei’lar, Kitty McDowell, Super Trubka, CZX Angel and Y0urMaster from multiple corporations in the Nulli Secunda [S2N] Alliance are destroyed across the systems of BNX-AS and LXQ2-T in Etherium Reach to Pandemic Legion [10.0] with a further 9 super capitals managing to escape.

A Ragnarok piloted by MOMEHT uCTuHbI from No.Mercy [.N-M.], Triumvirate. [TRI] was destroyed by Northern Coalition. [NC], in a miss click gone wrong, in the system of QRH-BF, The Spire.

A Nyx piloted by Reprisa and a Wyvern piloted by K0ttDiledundee from Steel Fleet [STFLT], Gentlemen’s.Club [GCLUB] are destroyed by Pandemic Legion [-10.0] following a call for support by Dirt Nap Squad. [-DNS-] in the system of DR-427, Immensea. 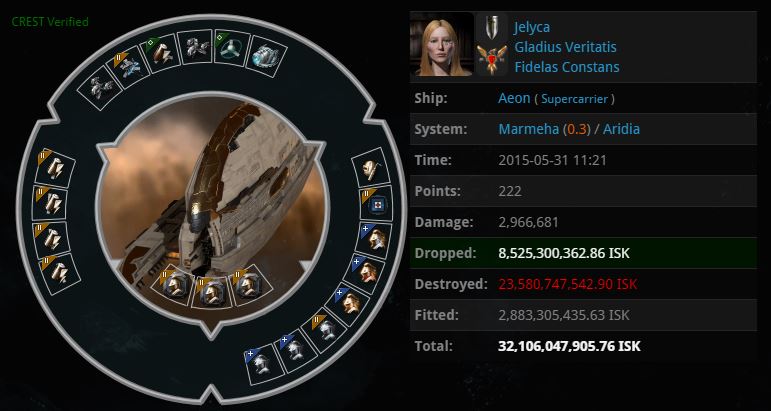 3Better provided me with the following:

Hey. The guy jumped into Marmeha 10 seconds before DT. Rad1st was there in a HIC and noticed it. That was the first time we knew about his existence. Rad1st was first to log in after downtime, the super logged in 5 mins later to get his jump cap or something else, got scanned down and tackled. Basically that’s it.

A Leviathan piloted by SpikeyWelsh from Umbra-Domini [UMBRD], SpaceMonkey’s Alliance [SMA] was destroyed by Snuffed Out [B B C] in the system of Arderonne, Placid.

A Revenant piloted by Ilsea from Dissident Aggressors [DTAS], Mordus Angels [MOA] was destroyed by members of it’s own coalition, Imperium, in the system of JU-OWQ, Deklein. 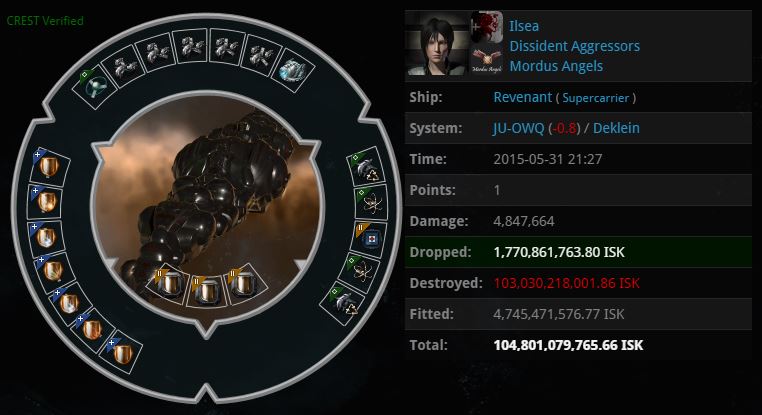 According to external reports the reason behind this kill by The Imperium is due to an issue with ownership of the ship following the collection of the BPC in an incursion with multiple alliances involved. Therefore the decision was then made to sacrifice it to the gods of New Eden, using Dabigredboat and his alt in [MOA], making it the 4th Revenant kill across the universe since they entered the game.

Gen Eve provided me with this following in-game mail to provide the [MOA] side of events. As well as this and this image.

This week the total value lost reaches 574.5 Billion ISK, approximately 80 Billion ISK greater than the previous week. This week the top killers were [-10.0] and #REKKINGRUSKI with [-10.0] being close to gaining yet another 9 super kills had [S2N] not successfully saved the rest. Following this article we will have a monthly summary going into detail about some of the statistic of the previous few weeks and months.