Following on from BRAVE’s withdrawal from Catch and subsequent mass chaos around the move to Sakht in Aridia, and then Defsunun shortly after things have never been more chaotic for the Alliance.

As of 1am (UCT) This morning a post appeared on the eve reddit not long after BRAVE published its weekly council minutes. Indicating there were some rumblings going on within the BRAVE’s leadership council also known as the Council of Newbie Management or CNM.

Posts also started appearing on the BRAVE subreddit as people took note that the Executor Corp for the BRAVE Collective Alliance changed from Tactical Logistics Squadron to the private corporation of Military Director of Anna niedostepny and The Second in Command / Lead Diplomat Lquid Drisseg, both long standing members of Brave Newbies Inc.

Within a couple of hours of the news of a change within the BRAVE leadership was noticed, Anna niedostepny released an official announcement- 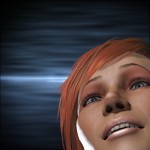 As you may or may not be aware, the majority of alliance leadership including BRAVE directors and the CEOs of various member corporations in BRAVE Collective began a process to revoke control of the alliance from the present executor Lychton Kondur.

This action is an extreme measure but the individuals involved were unfortunately forced to act due to the actions and decisions of Lychton. Everyone involved has in one way or another approached Lychton repeatedly in regards to his decisions and actions, and we have come to a point where we could no longer in good faith allow Lychton to stay as alliance executor.

Do not believe that we did this willingly. It was done so to make sure that BRAVE could effectively keep functioning and provide the promise that it was based on. BRAVE is a place where newbies can learn and have fun and provide a place where bitter vets from all parts of New Eden can freely spread their wings devoid of the petty meta game burden which seems to plague so many of the pre-existing organizations in EVE.

We are aware that the next few days will be a period that will be tumultuous and agonizing but it is for the best. We hope to have all alliance operations up and running as soon as we possibly can and we apologize in advance for any consternation or anxiety that this process may create.
We would also like to clearly state that this change does not mean BRAVE is leaderless, the CNM will be continuing their role, specifically Lquid Drisseg will be continuing as Head of the Diplomatic Department and Anna Niedostepny will be continuing as Head of the Military Division.

Additionally, after significant discussion, Malanek Askelus has been selected as the new leader of BRAVE Collective and has the needed support and endorsement to carry out this new role.
Ongoing talks will be happening in the coming hours and days to ensure this transition goes ahead as smoothly as possible and to mitigate any concerns many of you may currently be having.

We will continue to provide periodic updates of what is happening via whatever avenues that we can use.

While Lychton has been removed from the Alliance Executorship, he still retains the CEOship of Brave Newbies Inc.

More news on this as it develops. 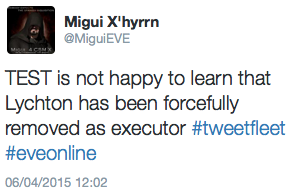 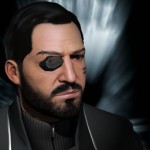 14:41 can someone ping that to alliance 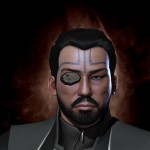 The past few weeks have been an exercise in restraint, patience, and spacepolitiks. I woke up to learn that the overwhelming number of directors and CEOs had exercised the corp voting mechanic in order to remove me as Alliance executor while I was asleep last night. Furthermore, this was on the heels of being advised daily by my core leadership circle leaving me in the dark about upcoming plans.

Let me say that I am thoroughly disappointed by the actions of my space peers. However, if there is one thing that is paramount, it is that BNI, BRAVE, and HERO have a mission to harness the enthusiasm and power of the newbro. With that said, I will not let personal anger or frustrations jeopardize the progress that we have made thusfar. Now, let’s get ready to rumble:

I hold no official position as to the status of BRAVE remaining the leader among equals with our coalition partners within HERO. If the alliance rostership wishes to remain, so be it. For the alliances that are one foot out of the door already, I will be coordinating with Malanek to add you to the targeting list.

Within BRAVE itself, while I am troubled by the method by which the council sought to remove me, and their (self-perceived) short sightedness, I am not going to challenge Malanek in terms of holding the Executor role. In addition, I am looking into passing the reigns of Brave Newbies Incorporated over the next few days, weeks, whatever. I have not confirmed who my successor will be, but you will all know if I elect to go down this path. If I do not find someone suitable, well, it looks like we are all going to have to play nice.

Now, I am going to hold Malanek to task for performing under this new capacity. As such, I am keeping 100% of the shares for all BRAVE related entities. BNI, B-BRV, TLOGI, DOJO, U-W0T, BPRIV, and a few more that I know I am forgetting. Malanek will retain full operational control of the alliance, but should he go rogue, I will use the corporate share mechanism to retake control. I do this not to be obstructionist but to preserve the core value of BRAVE until I trust that his intentions are pure for the long term. If Malanek proves to be a focused leader that is beneficial to the Collective, I will then release the majority of those shares to him. Trust, but verify.

Lastly, I am dissolving the 501c3 corporation that we created IRL. Lquid Drisseg and Bronopoly will be stripped of the Officer powers, and I have temporarily suspended the [email protected] service, as it is tied to my real life financial accounts. Once a new paypal account is established, I will immediately transfer all remaining assets to the new account and then walk away from the rl money mgmt corp. In the near term, the deal with our merchandising needs to be revisited by the new executor, as the current payment disbursement mechanism is no longer an option.

To all the newbies in our great Alliance, thank you for letting me be the one to hold this gigantic bag of cats for the past 18 months or so. It’s been a great experience, growing this organization to where we are today. I am not leaving BNI or Brave for that matter, although I am going to use this free time to enjoy not dealing with multiple problems per day.

Malanek, I’m here on skype. We should set aside a few hours so I can catch you up on all things Eve, meta, and your new enemies lurking in the shadows.

Tl;dr – this is my official statement. I will not clarify any portion of it.