Battle report: A Tribute to the Titan Gods.

Since the departure of the Imperium in the north, the former members of the Money Badger Coalition have begun to settle down in to conquered space and relationships and ties between the old allies have begun to dissolve. This includes very public tensions surfacing between a number of groups.

This rising tensions came to a head last night, as gigantic battle took place in the system of SH1-6P, located in the Tribute region. The system belonged to Circle of two [CO2] who, supported by TEST Alliance Please Ignore [TEST], attempted to defend a CSAA against the forces of Pandemic Legion [-10.0] and Northern Coalition. [NC.]

The CSAA was purported to have a new [CO2] titan under construction and was reinforced by a [-10.0] and [NC.] fleet on Friday the 19th. Given the tower subsequently came out of reinforce on a Saturday evening, expectations were high as both sides coordinated with allies to prepare for a battle. Indeed many of the forces began forming over two hours in advance.

[CO2] and [TEST] waited to see what their opponents would bring to the fight. This included prepping their capital fleets knowing that if [-10.0] and [NC.] decided to go all in with their own capital fleets they would need all the firepower that they could get. Despite having the home advantage they were not going to be caught out.

It was not long before the expected attacking forces of [-10.0] and [NC.] began moving towards the system a over an hour before the fighting would begin. Both fleets consisted of Tech 3 cruisers with supporting FAUX triage ships. [CO2] and [TEST] formed their own Tech 3 fleet with the support of a combat carrier fleet in response. 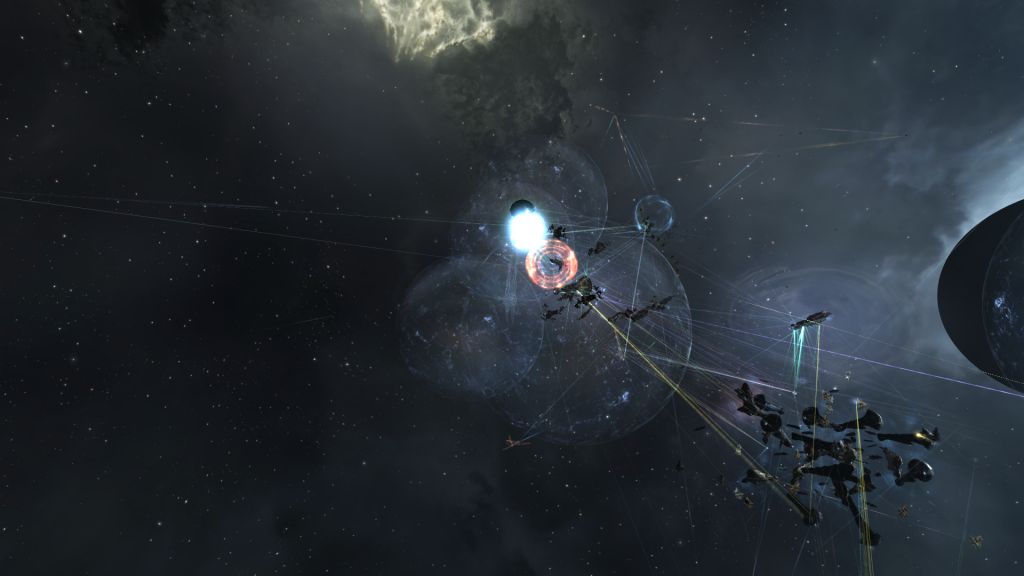 The attacking forces jumped in to the system and warped over to the POS location where the defenders were waiting with their subcap fleet. While the [-10.0]/[NC.] subcap fleet engaged the CO2/TEST subcaps at the top of the POS, [-10.0] lit their cyno and jumped in a number of titans and super carrier who began to hit the tower.

[CO2]/[TEST] had noticed that their subcap fleet was suffering substantial losses as their FAUX struggled to keep up with the incoming damage from the combined [-10.0] and [NC.] fleets. Confident they had seen the extent of [-10.0] and [NC.]’s forces [Co2] dropped their supers and titans at 100km of the [-10.0] super capital fleet and dropped a Dreadnought fleet close to the hostile subcaps.

For a moment in time, a number of [-10.0] and [NC.] supercapitals began taking substantial enough damage that it looked like they might begin taking losses. But at this time the fight had become bogged down in less than 10% time dilation which gave another reinforcing fleet from [NC.] time to arrive, bringing with them fresh FAUX’s, Super Carriers and Titans, which were jumped in on top of the [TEST] dread fleet. This was the final tipping point as the firepower now on field proved to be too much for [CO2] and [TEST], so the call to extract was made. 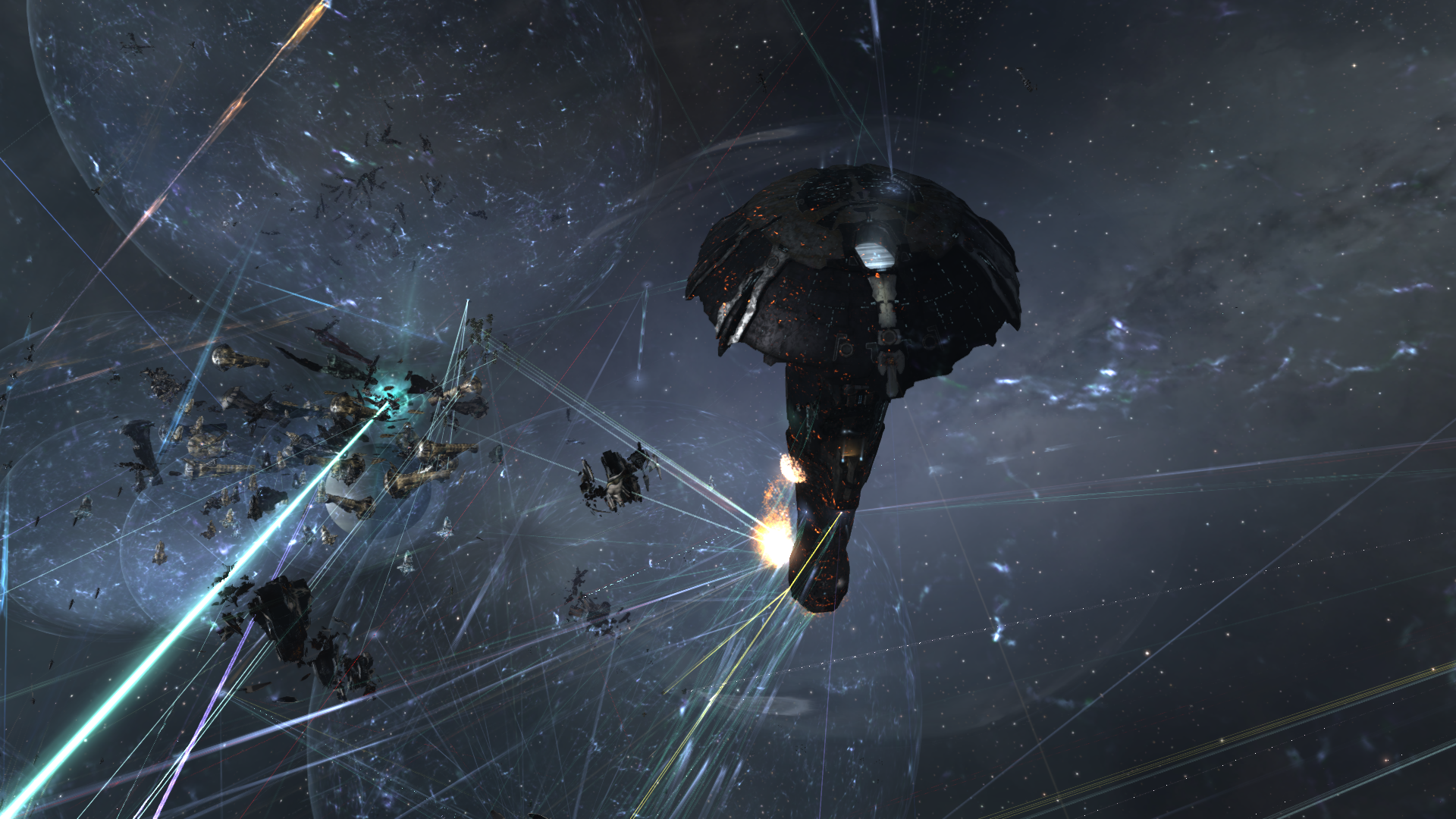 [-10.0] and [NC.] struggled to hold down the [CO2] super capitals as [CO2] and [TEST] began clearing tackle from the field. [-10.0] and [NC.] tried to bring more tackle but with some of them having to burn 19 jumps they were unable to bring enough tackle to keep everything pinned down. What tackle was brought in either died en route or did not last very long on field. 16 out of the 22 [CO2] titans escaped along with their entire super carrier fleet. Their dreadnoughts however were not so lucky with almost 100 out of the 130 fielded perishing on the field.

A video was made from a NCDOT Logi pilot perspective:

At the end of the battle Cirlce-of-Two lost about 1180 billion ISK while attackers’ Northern coalition and [-10.0] lost a total of 157 billion ISK.