Tensions with Black Legion Rise In HERO State Of The Coalition

Earlier this weekend HERO Executor June Ting addressed the Coalition to update them on progress in Fountain. 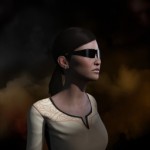 I’m glad we are all re-energized and reunited. Since I last spoke two weeks ago, HERO has rapidly settled into our new home in Fountain. YZ- is now one of the most violent systems in EVE, we paid tribute to John Bellicose in classy style, and we’ve secured almost all of the sovereignty of our core homeland in the Hydra, Mermaid, Skaven, Griffin, Kraken, and Minotaur constellations of Fountain. We expect transfer of the remaining systems in the core zones to happen in the next week, and a reset of Imperium forces to occur approximately one week after sovereignty transfers are completed to allow them to fully evacuate.

Jumpbridges should go live in 4-5 weeks when sovereignty indices hit 3. Thanks to Bovril’s excellent work, F-88PJ is already one of the busiest systems in EVE for ratting and mining, all while fending off black ops hotdrops and roaming gangs. We encourage everyone to spread out their PVE and defense fleet activity in the core constellations to make some money, raise indices, and make the systems harder to take come Entosis sov.

I am here to announce the next two military phases of our residency in Fountain now that our core sovereignty is secure.

I look forward to seeing you all in fleets and working together as one coalition.

Since the State Of The Coalition there have been a number of skirmishes over the last few days with Black Legion who have recently deployed to the system of Hophib in Aridia where they have been making regular incursions into Fountain.

The first showing that Black Legion had any intentions on Fountain began when the system of H-S80W (a dead end, non station system of low value) was taken during the hand over process from the previous owners Forged Of Fire to the BRAVE Collective on the 18th of April which was described as having ‘surprised’ Brave leadership due to the overall value of the system.

Since that point, on the 26th of April, Black Legion has since also captured the much higher value system of CHA2-Q, which prior to HERO moving into the region was one of the prime income generation systems for Get Off My Lawn with a high true security status, 15 asteroid belts, an Ice Belt. The system had been earmarked for Flying Dangerous during the initial handover and set up talks within the coalition.

While Black Legion and HERO were not aggressively attempting to take or retake systems the last week has seen a sudden increase in activity.

On the 2nd of May during another hand over of the System J-RQMF, again another system earmarked for Flying Dangerous, Black Legion anchored their own Territorial Claim Unit and were rapidly building a deathstar POS to defend it. This of course was something that didn’t go unnoticed by HERO and a ping went out from Brave Collective fleet commander W Rush which probably highlights some of the frustrations starting to bubble to the surface

It is time to get your fucking tengu’s and eagles… tired if this bullshit, get in fleet and lets kill this bullshit fleet.

Shortly after, HERO flash formed a fleet of approximately 100 Tengus and Eagles. Being outside of Black Legion’s prime time at 13:51 Eve time on a week day they stood down and began unanchoring their modules and TCU.

By the evening of the 2nd of May, a HERO force of 50 pilots were busy contesting an R64 moon in the system of MN5N-X that belonged to the residents of Fountain Core as part of HERO’s on-going campaign to secure their assets in the region. Black Legion dropped a Battleship Fleet with Triage Archon Support as the tower was about to go down. HERO attempted to fend off Black Legion but did not have sufficient numbers to break the Triage repairs of the Archon. While the HERO capital fleet that was initially attacking the tower had already left, Black Legion attacked a lone Phoenix dreadnaught belonging to HERO fleet commander W Rush . who had stayed to ensure the tower was taken down.*

While the Phoenix eventually fell it had still managed to do significant enough damage to Black Legion’s Triage Archon to take it with it. Spurred on by this HERO pressed the attack knowing that the Black Legion fleet no longer had its logistics support, only to see a second Archon jumping into the system. Without the damage from the Phoenix, HERO knew they were unable to break the triage repairs and withdrew.

The HERO force returned shortly after the Black Legion force had withdrawn and managed to anchor their own tower in time before Black Legion had an opportunity to do so.

The battle report for this skirmish can be seen here.

Around midnight on the evening of the 3rd of May, and the morning of the 4th, Black Legion again launched an assault, this time on a moon owned by the Explicit Alliance in the system of L-1SW8. Perhaps what is the first showing of an escalation in the conflict after dropping ten Dreadnaughts to kill the tower along with a number of triage carriers and a supporting Tech 3 cruiser fleet. While HERO again flash formed a 100 man fleet to respond, they were unable to reach the system in time to prevent the tower from being destroyed.

L-1SW8 is a dead end system with only one way out through the neighbouring systems of H-NPXW and what followed was a tense standoff between the two fleets on the gate between the two systems with neither side keen to jump into the other. Eventually Black Legion made their move.

HERO forces were once again unable to break the reps of the triage carriers despite best efforts and eventually withdrew from the fight. While both sides lost some ships, the total bill for the battle despite its size, didn’t break 2 Bill ISK lost. The battle report can be found here, please note however that it currently only shows ships lost and does not include a couple of ships that were lost by HERO in the system of L-1SW8.

While the actual reason behind Black Legion setting its sights on Fountain are currently known only to their leadership, rumours are abound that Black Legion are wanting to claim constellations in Fountain for themselves, to take valuable moons, and creating a hub from which they can base out of.

HERO now has some difficult choices to make, diplomatically HERO will need to either to reach out to Black Legion and come to a deal, or begin to work towards fending off this invader into their space using military options. Will HERO reach out to any possible allies to help? Who can tell, but there is one certain truth, what ever machinations Black Legion has in the region the last couple of weeks are only the beginning.

*I was contacted recently by Fleet Commander W Rush who confirmed he had stayed on grid to ensure that tower was destroyed and had not as initially reported stayed in siege out of sequence.