With BRAVE’s recent dramas now behind them and a leadership restructuring underway, some old faces and plenty of fresh new ones are beginning to lay the foundations for HERO coalition’s (which is now made up of the Alliances BRAVE Collective, The Explicit Alliance, Flying Dangerous, Of Sound Mind and Nerfed Alliance Go Away) new life in the Fountain region. The region is being handed over to HERO by The Imperium (formally the CFC).

The sov transfer itself has so far gone reasonably uneventful, as systems are slowly being switched from the original Fountain residents in a pretty orderly manner. The only exception to this was Black Legion managing to snatch the systems of H-S80W and CHA2-Q .

HERO managed to move ahead of schedule into their new staging system of YZ-LQL, located in the Serpentis NPC Nullsec region of Fountain, which is also known as ‘Fountain Core’. Taking lessons from their experience in Catch that if you are setting up a home, its best to make it one that can’t be taken away easily from you. As a result the un-conquerable system of YZ-LQL made a logical choice.

But the one thing, perhaps, that HERO hadn’t thought about when moving into the area is that ‘Fountain Core’ is also a home to a small coalition made up of a number of small and medium size corporations and alliances. Some of these residents have been in Fountain Core since 2007. The coalition is made up of the following alliance: GaNg_BaNg_TeAm, Sorry We’re In Your Space Eh, HUN Reloaded, Already Disbanded, The G0dfathers, V.L.A.S.T as well as a number corporations. Some of these residents can trace their roots right back to the earliest pirate groups in New Eden including the Bulgarian Squad Mafia. On paper the coalition commands at least 1,500 pilots.

I took some time to reach out to members of these alliance and I got a response from Panterata who is the Diplomat of Brutal Genesis, a corporation within GaNg BaNg TeAm Alliance. He was kind enough to give me some history on their group and how they feel about BRAVE moving into the region. 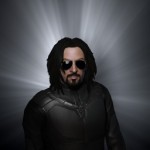 ‘In the beginning our pilots were training some of the Goons. Most of us were in PL and we still have some members there. There is some info over the web about us and also in my bio. Not many players know about us because we don’t like to be in the projectors of light.
As I said above we hold the region because as you know CFC and some other alianceses “hold” the region only by map and you can easly check this with some statiscs http://greedygoblin.blogspot.com/2015/04/grr-after-fountain-cfc-losses-by-region.html (KB, videos, articles ect etc)

Your coming here is good for us, because we will have more targets and we are looking only for that. Our main activity is PVP, as I said before you will be probably the 29th alliance (if count correctly – BOB, IT, Goons, Requiem, Triumvirate, CFC ect etc) with some big ambitions regarding the Fountain – but keep in mind – Fountain is cursed :)) and the other 28 alliances was doomed and disbanded. And you will have a lot of problems with us :)’

Indeed looking back at its history, Fountain Core has managed to outlast many of the residents of Fountain and have some credence to back up their claims.

The result of HERO’s move into the NPC section of Fountain has already put the region on the map. At the same time Fountain Core, while vastly outnumbered by HERO, are putting their years of nullsec guerrilla experience to good effect. Unlike BRAVE’s previous enemies which included Providence Bloc and Pandemic Legion, Fountain Core are a completely different beast. They use their ability to switch and change tactics quickly, depending on what HERO throws at them in order to negate its superior numbers.

Though the HERO war machine is a slow beast to move, it has now started to aggressively fortify its position in the area. The first target being the many Towers that are owned by the Fountain Core residents, as HERO moves in to claim the riches of Fountain’s moons for themselves. At least 56 separate engagements took place in the last week alone, not counting the continual skirmishing in and around the region.

All of these engagements came to a head on the 28th of April, when HERO moved in to take an R64 moon in the system of YZ-LQL after HERO forces reinforced it the day before. The gauntlet had been thrown down and Fountain Core were not willing to let it go without a fight.

Extrems Tivianne led a small 40 man Moa fleet in to attack the tower as it was coming out of reinforce, only to be greeted by a 55 man Zealot fleet who were defending the tower. Along with Fountain Cores main fleet two Chimeras and a Thanatos Carriers were busy attempting to repair the tower’s shields so they could replace the strontium in it – Thereby forcing the HERO forces to start the process all over again.

Initially out numbered and out gunned by the superior Heavy Assault Cruiser and their Tech 2 Logistics ships, Brave pulled back and sent out a message for reinforcements. Within a few moments the HERO force grew to 70  man fleet, still mostly in Tech 1 Cruisers and Logistics, and moved back in to fight. Once the ships had landed on the tower the engagement began.

Initially, the HERO forces suffered heavy losses and at one point had all of their Logistics ships wiped out by the superior firepower of the Zealots. HERO pilots returned to station to reship and come back to the fight, some even downshipping in order rejoin the fray as quickly as possible, and continuing to push on the attack. As more and more reinforcements arrived, swelling HERO numbers to around 135 pilots, the tide of the battle changed, and the HERO forces slowly began to wear down the Fountain Core front line.

While the battle’s opening salvos were raging, Bearded Battlebears <J3B>, dropped three dreadnoughts (two Naglafars and a Moros) onto the Carriers repairing the tower, quickly dispatching a Chimera and a Thanatos while the 3rd carrier made its escape thus stopping Fountain Core’s ability to repair the structure.

With Fountain Core now beginning to suffer substantial losses as their front line crumbled, they withdrew. This allowed HERO to  focus their attention on the tower and finish the job they started, bringing in another Naglafar and three Archons in order to bring the tower down. All the while HERO felt confident that the field had been firmly secured.

However, as the Dreadnoughts entered their third siege cycle, (A mode in which the dreadnought vastly increases its damage output but at the expense of mobility and the ability to receive remote repairs) Fountain Core returned to the field, this time in an anti capital Battleship fleet of Energy Neutralizing Armageddon and Dominix ships. They pounced on the vulnerable Dreadnoughts and targeted the Naglafar of Inggibaer, hitting it with everything they had.

The Moa fleet moved in to support the Dreadnoughts and began to strike at the Battleships while the Archon pilots frantically tried to engage remote repairs, but ultimately the Moa fleet was unable to take down a sufficient number of Battleship in order to reduce the damage being applied to the Naglafar and it exploded.

Shortly after this, the damage done to the Battleship fleet by the combined firepower of the Dreadnoughts, Carriers and  Moas piled on, and Fountain core began to quickly lose numbers, with 8 battleships dying in rapid succession, thus forcing it once again to withdraw, leaving the HERO fleet victorious as the tower was finally taken down and the moon claimed by HERO Coalition.

It has only been a couple of weeks since HERO moved into the region, with both sides eager to take the fight against a new opponent, it is without a doubt only the beginning of the bloodshed in Fountain, and an interesting conflict to watch unfold.