Bjorn Bee streamed from CCP HQ while FC’ing a fairly small “kitchen sink” fleet into nullsec. The caravan jumped into BWF-ZZ, owned by Pandemic Horde, and was greeted by a fleet of frigates. The “Roaming Caravan” played in nullsec for just under an hour. If you missed the roam there will be another and a bonus CCP live streamed the event and the VOD can be seen here:
GM Week – Roaming Caravan with Bjorn Bee! from CCP on www.twitch.tv

Minor spoilers: The fleet booster thought they were on a mining opt, and Bjorn Bee was podded at minute 31.

Let’s Review the events listed in the GM Week Blog:

Hope you have your names selected as the GM events seem to focus on 7pm Eve time.

Most players understood the veiled comments of botting during yesterday’s event, and a large section of the community thought CCP wouldn’t comment further. BraxusD took to reddit to post an image of OhManDn logging in after the event in Yulai yesterday. 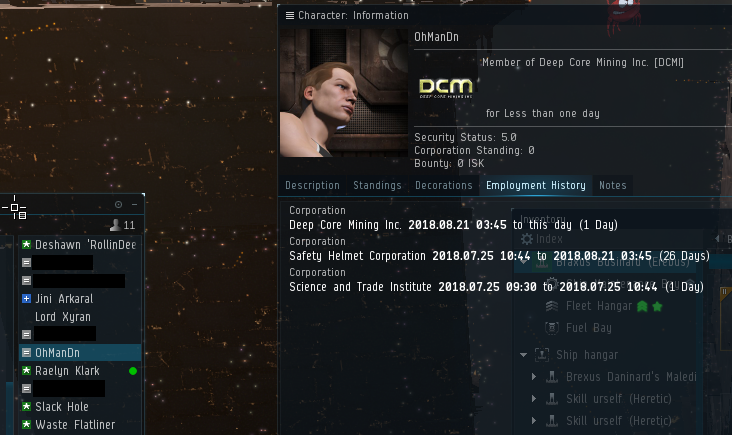 Botter Returns to the Game After Killed

CCP Falcon commented on the how this was able to happen:

In our excitement, we forgot to ban the bots that we killed yesterday because we’re a bit dumb sometimes.

This was rectified just after downtime today, and as of around noon UTC, these guys were all nuked. – CCP Falcon

Many of the commenters enjoyed the transparency of CCP Games but brought up valid concerns about the player’s ability to exact skill points and sell them off or drop them to other characters. With the amount of attention it had gained on the post, if it hadn’t been on CCP’s radar, it was now.

Side note, good for Hard Knocks Associates to kick the pilot out of the alliance.