By Submission
Contact
Other Articles
zKillboard
Digital artist Rixx Javix has released some stunning new work in his ongoing series ‘Shadow: Frozen in Time and Space.’ The Shadow series includes two dozen wallpaper-grade high-resolution stills of EVE Online starships. Unlike most of the EVE ship art floating around, the Shadow pieces emphasize a wide range of careers.

I’ve done hundreds of other pieces, including ones being sold by CCP, and I get bored doing the same old things all the time. So that is really the genesis of this collection. Just wanting to try something different and see if I could create a wide enough spectrum to include the various play-style choices that Eve offers its players.

With a little wormhole experience under my belt, here’s one that resonated well for me: a Minmatar Cheetah covert ops ship doing its level best to stay alive in uncharted space. 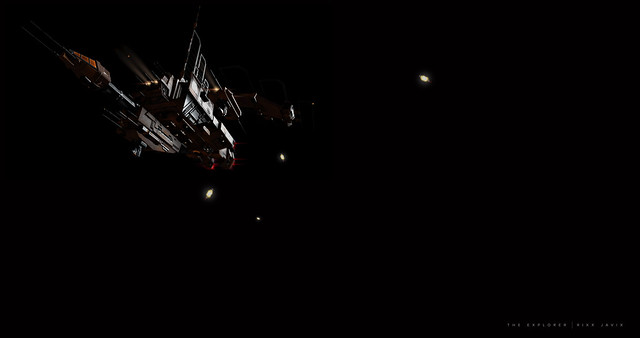 “The Explorer one has a funny story attached to it,” Rixx told me. “CCP doesn’t really have any images of probes so I had to make my own. Those are outdoor lights I found on, I believe it was the Think Geek website, with lights in them added in Photoshop.” 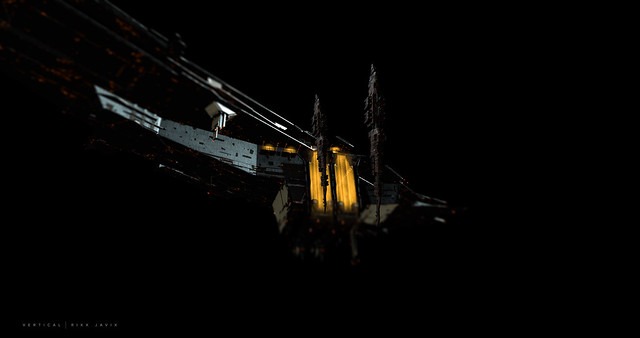 Other new arrivals to the series highlighted mining barges maneuvering around a citadel; 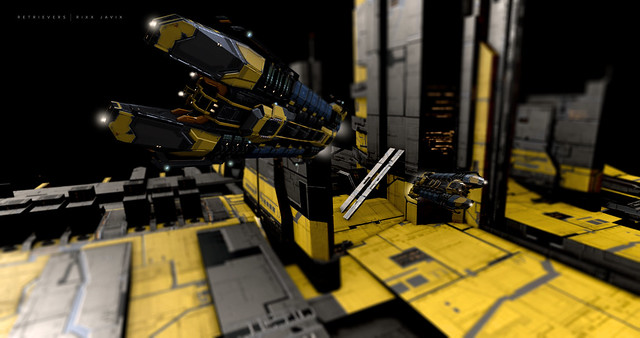 a Confessor tactical destroyer waiting on a remote jump gate; 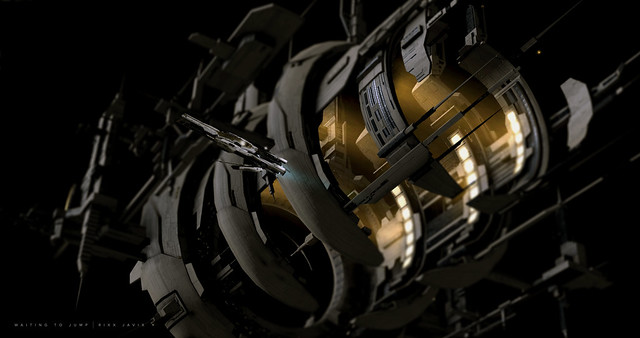 and a poignant piece called ‘Another Lonely Haul.’ To me, the latter is basically weaponized nostalgia. 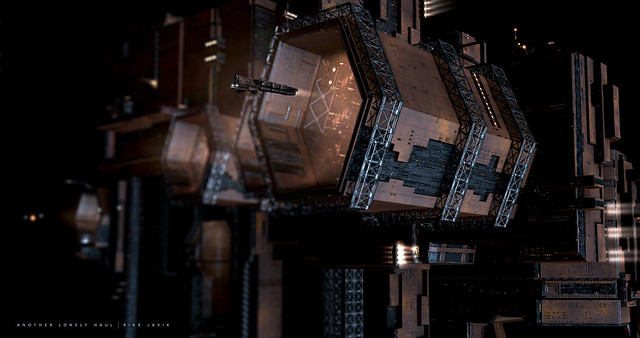 I strongly recommend viewing the entire gallery at maximum resolution. If you need a new EVE wallpaper, Shadow is a solid place to begin.

The concept for these started as a simple question, ‘What would EVE look like in real space?’ Real space is stark, harsh, and black as ink; just look at NASA photos and you’ll quickly get the idea.

For those curious about Rixx’s work, take a look at this half-hour video of his process. I’ll freely admit that Rixx’s work was new to me, and some of my favorite pieces were completed months ago. Between the old and the new, the Shadow series offers plenty of vision. Rixx’s art doesn’t so much reflect the details of EVE spaceflight as it captures the panorama of the mind’s eye – the inner reality, the intersection between spaceship mechanics and imagination. It’s a subjective but insightful view of EVE.