Sumo Digital to collaborate with CCP Games on Project NOVA

One of the biggest shockers of last weekend’s EVE Vegas keynote by CCP Hilmar Veigar was the announcement of the continued development of Project NOVA. For those unaware what Project NOVA is, NOVA would be the spiritual successor of CCP Games’ first-person shooter DUST 514. I wrote a bit about my desire to see CCP Games to pursue the continuation of the first person shooter in an article here. In it, I made the case of having a frantic FPS like DUST/NOVA being the perfect complement to the gradual pacing of EVE Online.

Yet, CCP Hilmar’s reference to the shooter didn’t go beyond the hint that development was to be continued.

Despite reports by more mainstream publications about the development of NOVA to be handed over to a third party company, we preferred to wait until an official announcement was to be made.

Today, we awake to the announcement by Sumo Digital that they will, in fact, collaborate with CCP Games to develop Project Nova. 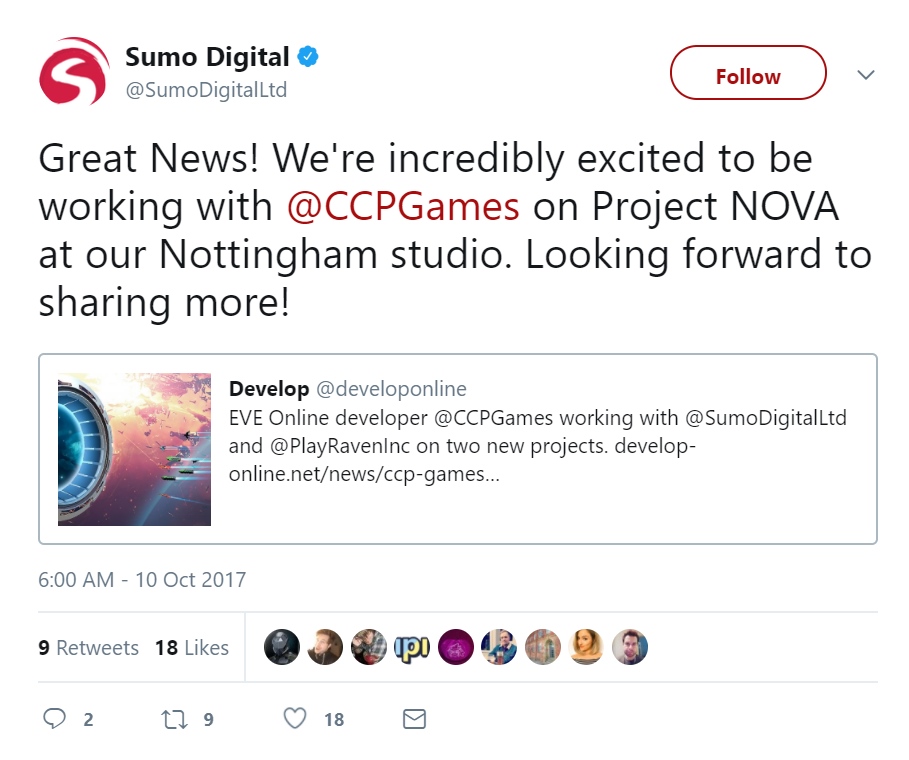 Sumo Digital’s portfolio includes projects like LittleBigPlanet 3, Crackdown 3, Dead Island 2 and Snake Pass. The majority of their offerings have been console games, primarily, which is surprising given Project Nova is expected to be a PC-only title.

While we expect no details about Project NOVA to be revealed until the next fanfest, at least for the moment we know where to look for them should anymore surface.