The Cosmopewlitan: Dusting off New Eden.

This week marked the launch of EVE Valkyrie for both non-VR PC and PlayStation 4 platforms. We are currently working on a proper review of the game, but I feel the opportunity is great to have a conversation about a long forgotten staple of the EVE Online universe.

Yes, there is no doubt that I have been one of the biggest supporters of Avatar gameplay (WiS and FPS) for years. As seasoned Art Director, I know the importance of having a “human element” feature within a product and the empathy factor of it is simply too powerful to be ignored. Given how poorly the promising Walking in Station (WiS) project went, the proposition of visiting the planets fly over every day was indeed exciting.

DUST 514 was, by design, one of the most ambitious first-person shooters experiences I have ever had the privilege of playing. For the casual gamer, its futuristic look might be a bit generic especially compared to contemporary FPS offerings, but underneath the surface DUST 514 presented one of the most immersive and detailed visions of New Eden ever developed by CCP Games. The building design, the procedurally generated maps, the barges were kind of cool stuff to see. 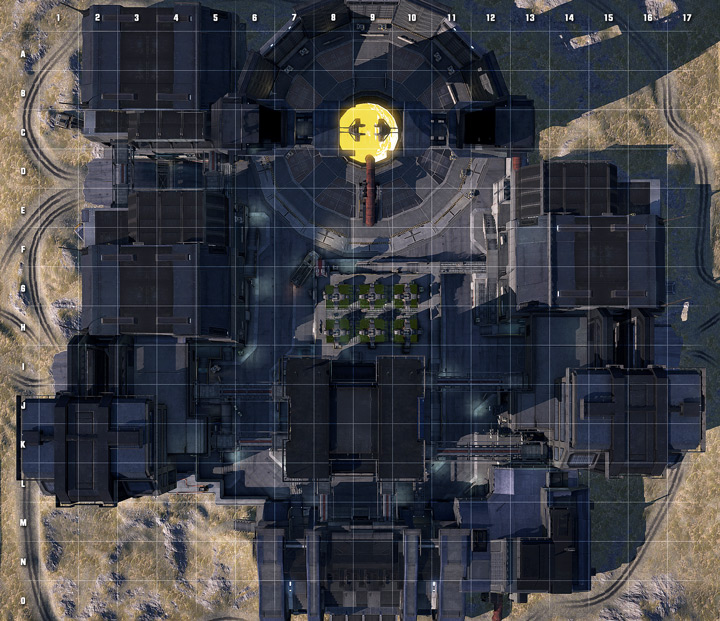 The experience of an orbital strike, was both a bit underwhelming and risky for the EVE Online participant who could inadvertently end up on the receiving end, was a constant reminder of the bigger picture beyond the ongoing match.

Of course, there were the shortcomings of the DUST 514 experience. For many players (myself included) the main complaint was the lack of keyboard/mice controls. For others, having DUST being released on a platform (Ps3) that was due to be updated with an entirely new, incompatible platform (Ps4) didn’t warrant a long term commitment. I don’t blame CCP Games for this, as far as I know, they were commissioned to build the game by Sony. Despite its faults, I cannot help to imagine what could have been if DUST 514 was also released on PC.

It has been one and a half years has passed since the DUST 514 servers closed and many players who invested hefty sums of RL cash remain left in the cold. The hope that DUST 514 would see a PS4 port was quickly shot down due to the architecture differences between the two platforms.

From the video poster:

This is a build of the game that was created for Fanfest. The full game has all the suits and weapons from Dust 514 and as you can see from the Precision Rifle on the light suit, new weapons.

The UI is placeholder.

This is a live game played over the Internet. There is no LAN at Fanfest for this to work.

As to comments about the MMO being removed, what evidence do you have from a DEMO of the second by second gameplay that the MMO is getting removed?

Skills, Progression these are still being worked on and not part of this DEMO.

Yes, CCP Rattati in an interview that there will be likely less emphasis on the MMO aspects while concentrating more on gameplay and making it fun. This does not mean that all MMO is going to be removed.

Last week I shared Kirith Kodachi’s piece on the EVE Online Facebook group (which I recommend joining if you haven’t already) with the following commentary:

The response was simply explosive illustrating how much enthusiasm there is from the player base to have yet another way to blow each others’ brains out in the far reaches of outer space. In my opinion this should at least nudge CCP Games into making some sort of update about the project.

Disclaimer: Like any decent news pundit, I cherry-picked the replies to best fit my narrative * wink * wink*

Like with any company product, the success of NOVA will solely tied to the financial gain CCP Games gets from it and to be fair this is not wrong. CCP is a business and we seem to forget this in our passion for all things New Eden. CCP goes out of it’s way to put on events and interact with the community, which is rare for a gaming company and I commend, but they are a business. If Project NOVA were to ever see the light of the day, I would like CCP Games to take a different approach rather than the ones they made with DUST 514 and Valkyrie WarZone. For example, I personally shell out USD 360/yr for the privilege of having my character in Omega state, despite the fact that I haven’t been too active until recently. Having an active subscription for both my characters resulted that in the eight (8) years I have been playing EVE Online, I have invested about USD 2500 in it. And I have absolutely no regrets about it.

Apart from being a stand-alone subbed game (as opposed to a one-time payment or a microtransaction one) a hypothetical NOVA being offered as an add-on to my EVE Online subscription wouldn’t bother me at all. Many players would welcome with open arms the ability to pay their NOVA sub via PLEX. Having a constant cash flow from a subscription-based FPS would benefit both CCP Games bottom line and interest to ensure the continuous development of the game. Don’t want to play NOVA? Don’t plex it. I know there isn’t a chance in hell I would shell out USD $2500+ in microtransactions, but the subscription model is an entirely different and more acceptable proposition, despite being more expensive in the long run for the player.

Whatever decision CCP Games decides to make they should move forward with NOVA. First Person Shooters are a game experience which are very easy to get into. A integration with EVE would not only deepen our immersive universe but would also certainly bridge the gap between having a new character and completing the skill queues to actually do useful stuff in game. I also feel this would further push CCP and New Eden into a larger gaming community. The other day I saw a pretty cool Destiny ad during a Cowboys game. This is the kind of exposure and reach I want CCP Games to have with a larger New Eden and intertwined vision.

p.s.: I want to personally call out CCP’s CEO Hilmar Veigar for never officially telling us what the “514” stood for in the game title, the world needs to know!