On July 22 the median sell price of a Pilot License Extension in Jita 4-4 broke 1 billion ISK.

The last time PLEX broke 1 billion was November 20 2014. The bubble that caused it to raise so high burst shortly afterward and prices returned to normal levels 5 days later.

Since then the price has slowly risen. An increasing number of ship skins available for Aurum in the New Eden store has created more use for PLEX.

As of writing PLEX can be redeemed for the following: 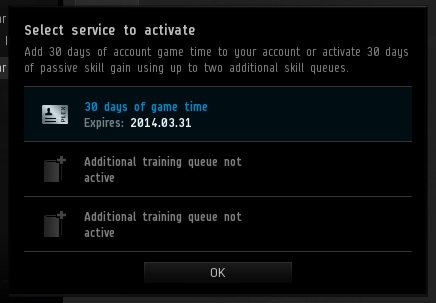 There is much speculation on whether PLEX will crash like 6 months ago or if it will continue to rise. This is a topic of hot debate as many players rely on consistent prices to keep their accounts funded. CCP has been known to inject PLEX seized from banned accounts into the market (p. 102): Whether or not they will intervene in game or through a PLEX sale outside of game is unknown.

Dr.EyjoG also provided CSM with a report on PLEX intervention(s) made by the EVE Central Bank since the last CSM Summit. The major intervention was related to a PLEX price spike triggered by a large FW payout, and PLEX prices have remained stable since that time. The CSM was satisfied that the ECB had acted appropriately and in line with the procedures previously described. Dr.EyjoG noted that he hopes to have a devblog out in January that discusses this topic in more detail.

Rising prices are a boon to CCP’s war on RMT as well as players looking to exchange real world $ for ISK. On the other hand, players unable or unwilling to grind enough ISK to pay for the ever-increasing cost of PLEX may let their accounts lapse. “HTFU” is the common response to these players but the reality is that losing active players is never a good thing. One can only hope that the free market of Eve causes the prices to decline or that CCP with their “Eve Central Bank” will step in and inject PLEX into the economy.

Current prices can be viewed here.