The Cosmopewlitan: Goons & Co. kills yet another undefended Keepstar in Vale – An Analysis.

In what seems to be the monotonous theme of the “Next Great Northern War,” Goonswarm Federation and its allies destroyed another undefended Keepstar citadel in the north; this time in the P3EN-E solar system of the Vale of the Silent region. 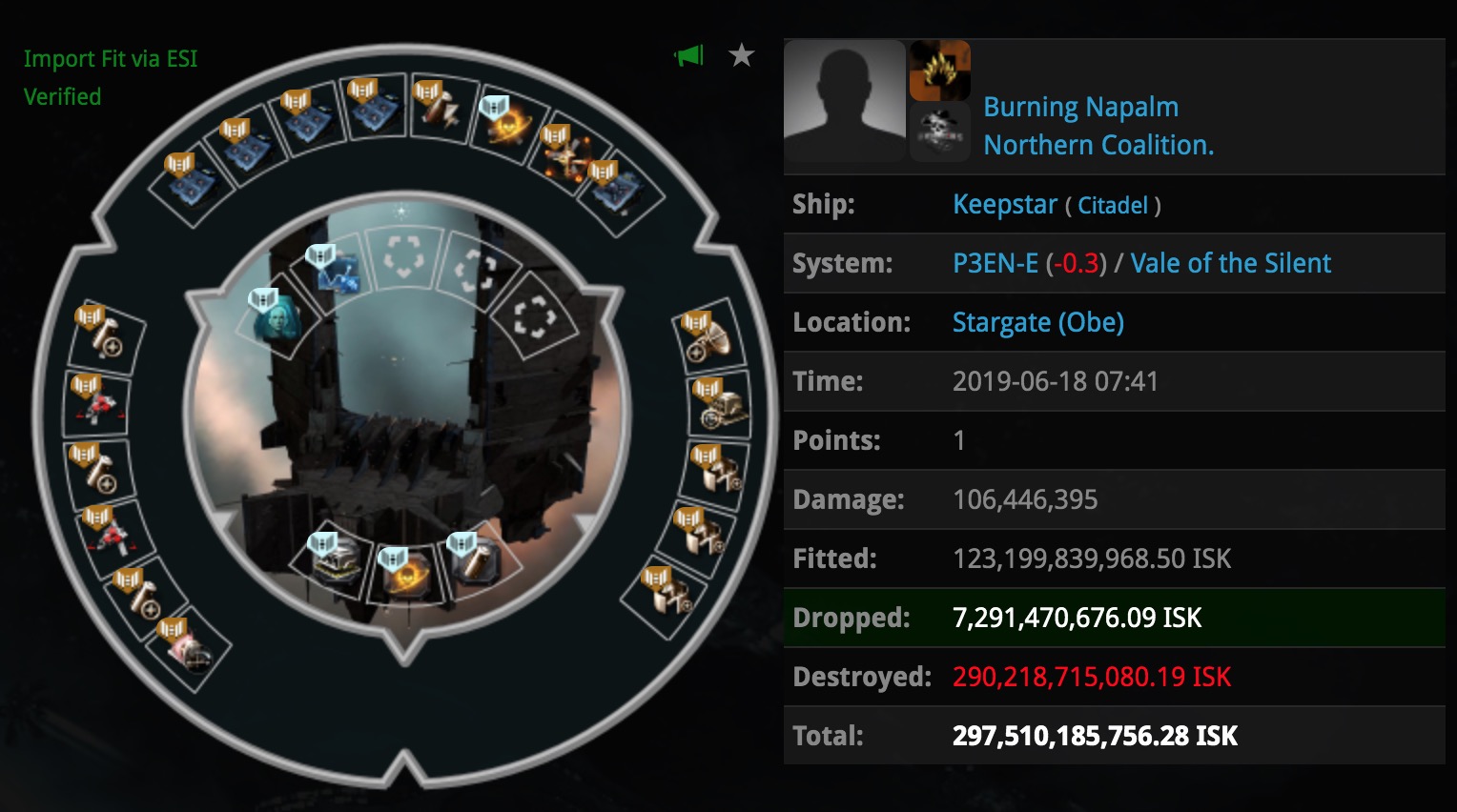 It was a no show for the Pandemic Legion / Northern Coalition members who in the face of overwhelming numerical superiority decided to let Keepstar succumb to the fielded 800+ pilot sub/capital/supercapital fleet. And like a carpenter incredibly proud of every nail he hammers, the hails of every thunderous ground structure are cheered upon the Goonswarm and Co. comms… only that this is not really the case.

The Northern conflict, in proper perspective

Much has been said about the northern defender’s strategy at avoiding significant battles in which they would be outnumbered overwhelmingly and instead have chosen to play guerrilla tactics against the enormous Goonswarm Federation led attacking coalition; which is, despite the criticism the only viable strategy for both Pandemic Legion and Northern Coalition. Being outnumbered 10:1 in money, resources, and line members, it is not hard to grasp the logic behind PanFam’s actions. For better or worse; Goons are not in the north to stay, the defenders know this and so the price of denying them a mainstream-media worthy, a headline-grabbing victory for propaganda purposes – a mission accomplished carrier landing of sorts – seems to be one that the northerners are more than happy to pay.

The truth of the matter is that every structure destroyed in the north will never be one of importance for the pantheon of “Imperium Achievements.” And as impressive as two (2), four (4) or even (10) trillion in structure kills it might be – these kills will be certainly forgotten in a matter of months if not weeks. Structures will always fail to capture the Imaginarium of line Goonswarm Coalition members who were promised, by none other than The Mittani; a battle of such grand scale of destruction that it would be worthy of a one way trip to Valhalla.

This is not what I re-subbed for

Am talking, of course; about the much-lauded “promised continuation” sworn by the Mittani in the aftermath of the massive X47L-Q Keepstar battle that happened almost a year-and-a-half ago. He (The Mittani) promised his membership (and CCP Games) that these sort of large scale engagement would become more common as long as their pilots stuck together, krabbed the hell out of Delve in preparation for immortalization of their might; something to write (or attempt to write) another book about. Many pilots actually resubbed and returned to the game for this, spending countless hours mining and “krabbing” in the depths of the Delve region.

The Mittani’s logic was flawless; if PanFam were willing to risk such an insane amount of resources, supercapital ships and pilots for a third rate ally (Darkness.) in some backwater region in the north, wouldn’t they go balls to the wall in a battle for their home region?

What he (mittens) failed to realize was that his enemies would not agree to play ball with him; after all, it takes two parties to fight, and the PanFam leadership seems to understand this clearly.

In the end, the defensive strategy for the north it is not about “boring” or “burning” Goons to death by letting them shoot at uncontested (and replaceable) structures; that will come by itself. The real objective for the defenders is to deny Goons and Co. of their glorious destiny; one that some would argue they are being robbed of. A promised triumph that today, it seems likely to never come to completion. 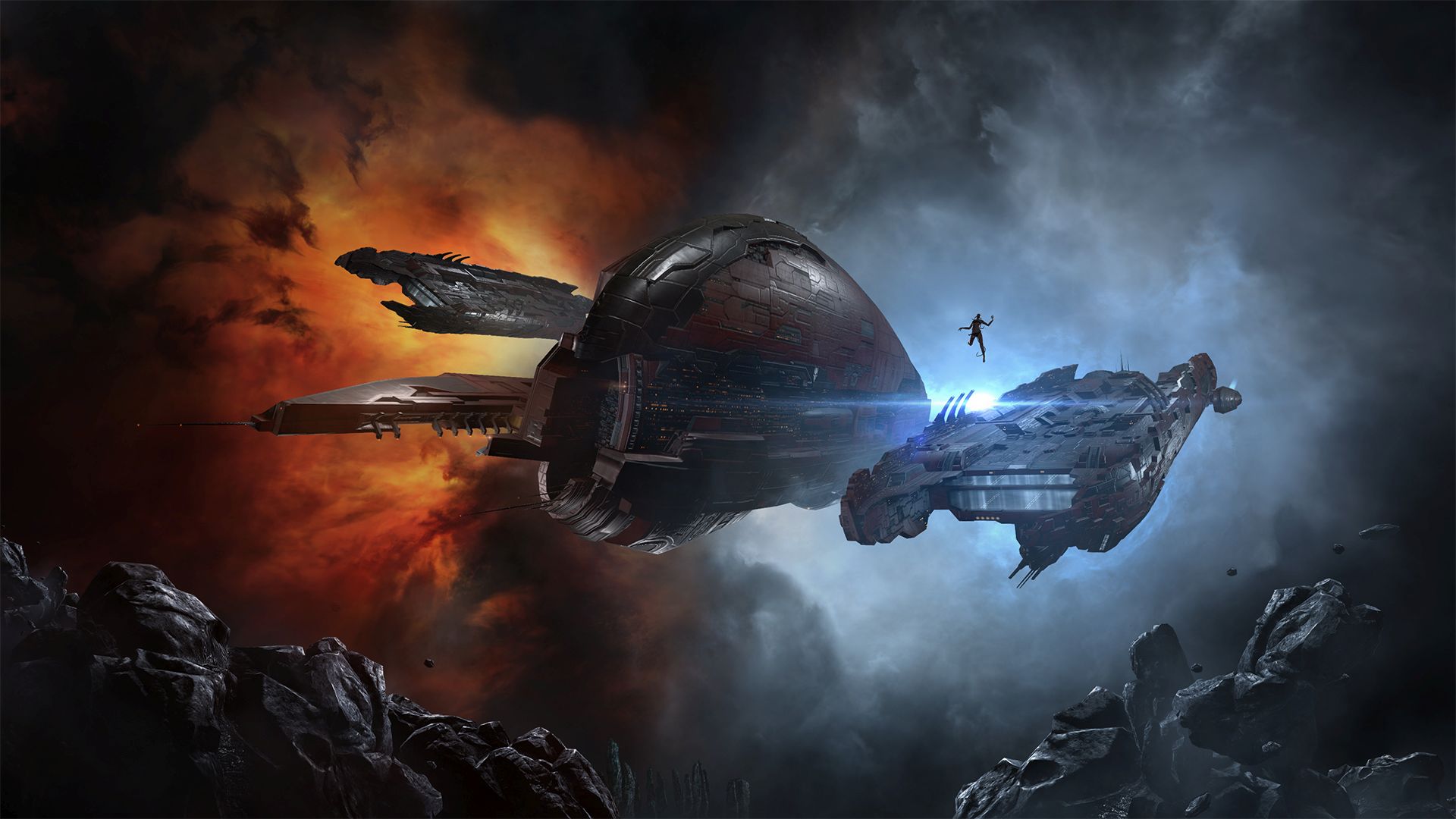 A bigger problem… for CCP Games

Yesterday I hinted a tacit reality of the current EVE Online geopolitical landscape; GoonSwarm and Co. as an entity and by sheer numbers, are the sole undisputed nullsec coalition. With the PamFam coalition coming distant in second place. The same will be the case with the upcoming Council of Stellar Management election; our estimate shows a 9:1 representation in favor of GoonSwarm Federation and friends (with some even asserting that there are pro-GSF candidates within PanFam ranks). This, by itself, is a positive thing for a system that’s aimed to portray an accurate image of the current affiliations of the game and the proportional representation every alliance gets to the CSM.

The problem is, for CCP Games, a company already having difficulties keeping the current players hooked on the game, to find ways to balance the game to at least portray some diversity in the possible end game (null-sec) panorama.

The reality is that “selling” constant massive fights and awe-inspiring hour long battles is very helpful if you wish to bring new players into the game, but this becomes a daunting task when faced with the realities of the dominion of a single coalition. Ten times larger than the next contending one; dominating not only the conquerable space but also the available feedback mechanisms for developers and players alike. There’s a big difference between encouraging players to play a sandbox game full of open opportunities and encouraging people to join a “done game”. Paraphrasing a fellow reddittor; nobody will ever want to play Goons Online, not even CCP Games.

This is a very complicated situation CCP Games is finding itself into, especially understanding the performance benchmarks required by its parent company’s acquisition. How do you balance such thing without being unfair to Goonswarm and Co. who at this point have pretty much won the game fair and square? I must say, this is one of the few times there’s nothing to envy from our very much beloved EVE Online developers.