By riverini
Contact
Other Articles
zKillboard
Goonswarm Federation led forces killed another two undefended Keepstar citadels in the last wake of structure bashing in the Tribute region. The 0-YMBJ and M-OEE8 keepstars fell to the tune of 1500 enemy pilots. The kills are the latest on a long string of undefended structures killed by the southern coalition. 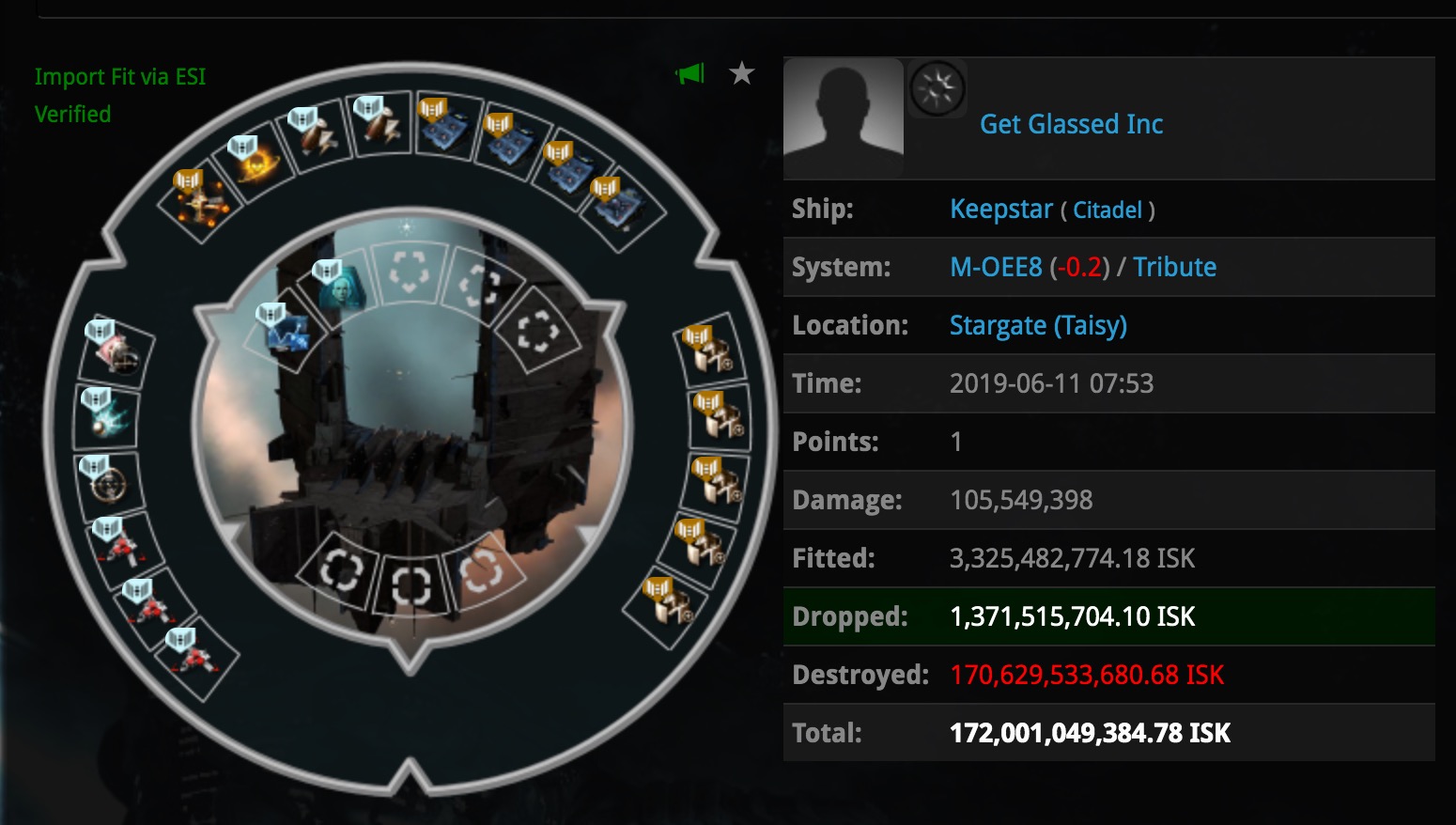 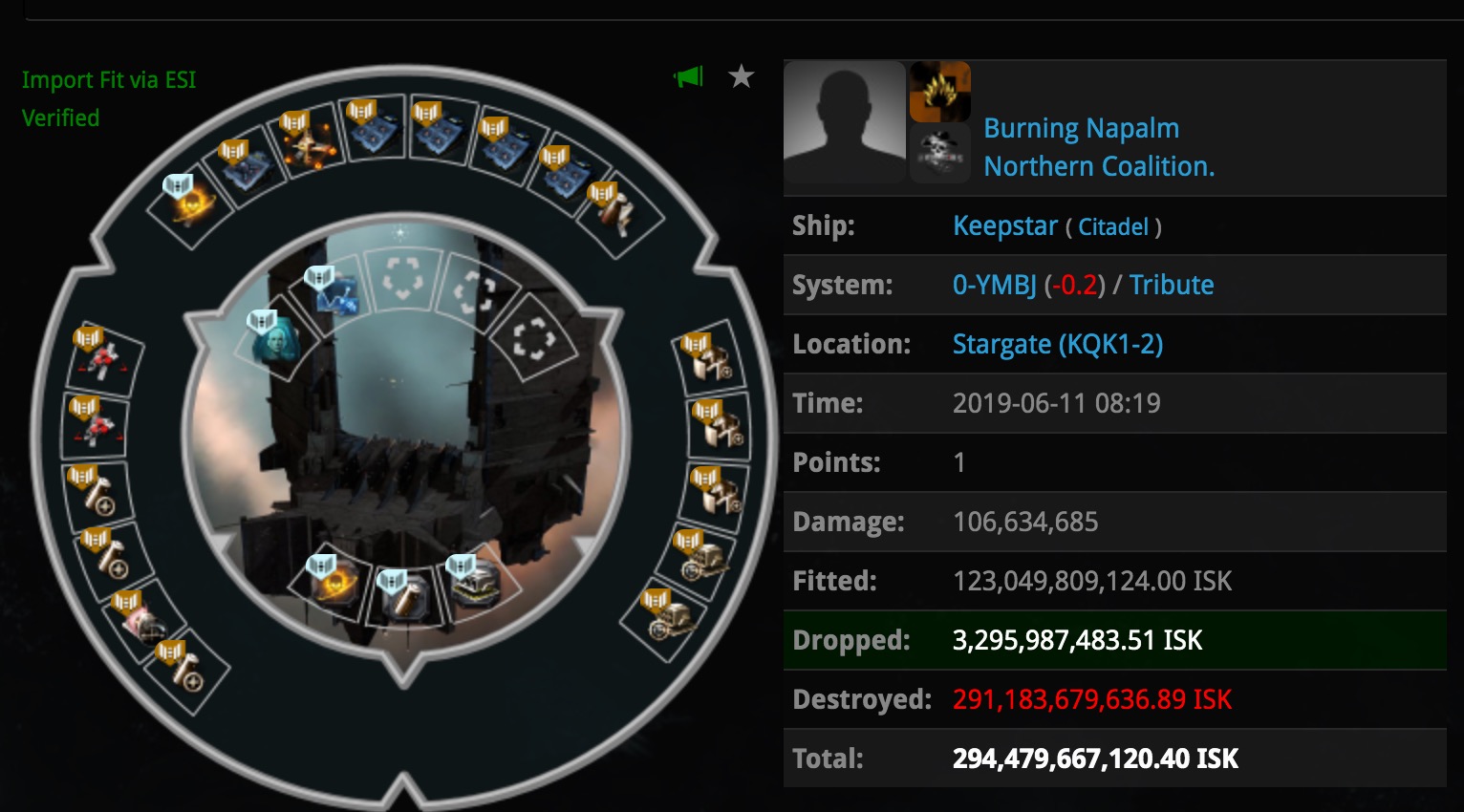 So far the Northern Coalition and Pandemic Legion forces have kept a non-defensive approach to the conflict, pretty much allowing the Goonswarm led forces to make good use of their overwhelming numeric advantage and hit the timers uncontested.

Congratulations to the supercapital pilots on this feat, further cementing the Goonswarm Federation led coalition as the sole dominant entity in-game, this added to the high possibility of an all-out or overwhelmingly skewered Council of Stellar Management toward the mega coalition above should serve as further confirmation of their dominant state over the game.

So far, the biggest loser in the northern conflict has certainly been CCP Games; robbed of the headline-grabbing large scale battles that would have ensued in the past; yet the prospect of fighting outnumbered 10:1 seems to dull any attempt by the defenders to give a show to either the attackers or for CCP’s PR department.

We’ll see how the Northern conflict continues; both keepstars had been evacuated in the previous weeks, with the M-0EE8 even been transferred to another corporation for killboard trolling purposes. Other two more keepstars have also been evacuated with no indication that they would be contested either.