In the last installment of ‘New Capsuleers Welcome‘, we took a look at Signal Cartel, a corporation focused on peaceful exploration and wormhole rescue. This article will focus on a very different proposition: two corporations in an endless state of war, offering a constant PvP experience like no other in New Eden. 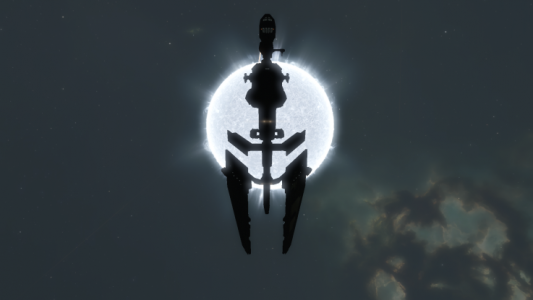 A Brief History of RvB

Red vs Blue has been around for a long time in its various iterations, but it all started with an idea that had been floating around on the forums: what if there were two corporations, in easily accessible high sec, in a permanent state of war with one another?

In 2008, Plave Okice and Tron Sarkus decided to put the idea to the test, forming the initial Red and Blue corporations. The idea grew far more quickly than expected. Personal burnout took its toll on the directorship causing the corps to collapse, but crucially, the concept was proven.

Fast forward a year and a half, and the decision was made to try again; this time with some basic rules to prevent abusive gameplay and encourage open and interesting fights.

A rivalry with Eve University was established over the two entities’ different attitudes to teaching, which still remains to this day. As Nikolai Mazinkov (the chairman of RvB) put it, “with Eve Uni it’s 90% theory and 10% practice, with us it’s the other way around”.

RvB has a storied history, including a zenith during which they controlled a massive share of high sec customs offices and warred with many of the major entities, and nadirs where activity dropped off and they were on the brink of closure.

Today, the organization seems healthy with continuous solo and small gang content, regular fleet combat and often ‘purple’ roams where Red Federation and Blue Republic put aside their differences and take the fight to the rest of New Eden. 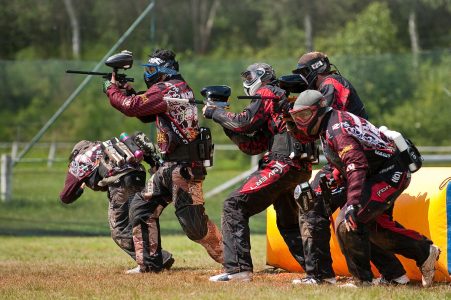 So What’s It All About?

High sec may seem like a strange place to run a PvP organization, but not to Nitro Oxide (the CEO of Red Federation) and Metal Jack (the CEO of Blue Republic). To them, it’s part of the organization’s advantage: anyone can jump straight in without needing to make a treacherous trip up to nullsec. They like the fact that their members can just pick up a ship and jump straight into the action.

Being staged in The Forge has its benefits; a short run to Jita and a RvBer can be straight back in the action in any ship of their choice. For newer players who may not have the ISK to jump straight into the action, there are starter packages full of one race’s skillbooks (and support skills) and ten fitted frigates encompassing a wide range of combat styles to help them to get a feel for what they like.

Low barriers to entry are a common theme in my discussion with the staff of RvB. The corp requires no SSO keys, there’s no real interest in operational security, and trust is something which is earned organically. The aim is to get people straight into the action, but it doesn’t stop there.

Red vs Blue prides itself on the ‘frenemy’ status between the corps. There’s a culture of improvement, with players regularly speaking across the aisle to offer combat and fitting advice.

Learning is a practical exercise; players will have whatever the subject is quickly explained to them, then a fleet will go up to teach them how to do it in practice. 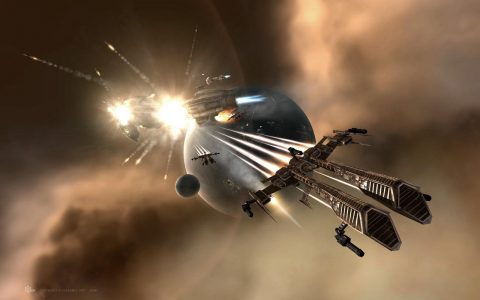 In my discussion with Nikolai, Nitro, and Jack, I get the impression that RvB is first and foremost about fun. Their origin ‘lore’ is an amusing story involving a shadowy organization, a teapot, and a pot noodle. In a New Eden where many organizations take the game very seriously, this comes as a breath of fresh air.

During their engagements with each other, the two sides will try to create fair fights; whether that involves a player crossing the aisle and fighting for the other side, or downshipping, or otherwise imposing rules that make the fleet fight more fun and competitive.

RvB like to find a reason to celebrate, too. Whether it’s someone stepping up to a director role or a long term CEO deciding that it’s time to give someone else a chance at the reins, they like to throw a party. A party that usually involves lots of explosions and loot. 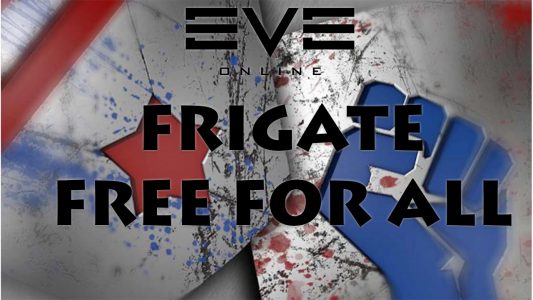 RvB is active in the NPSI (Not Purple, Shoot It) scene, which is where pilots of various alliances and no alliance of all come together in a fleet in which anyone outside of the fleet is a valid target.

They encourage active participation in NPSI fleets run by other organizations as well as running their own free-for-all events, one of which — back in 2012 — was so large that it managed to crash Tranquility. 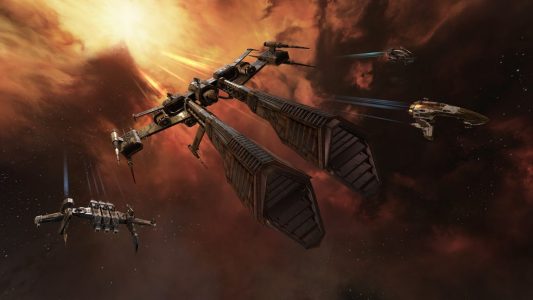 Mmm, But What Do The Line Members Say?

I spoke to Taylor Moon Mahyisti, a one-and-a-half year member of Red Federation who joined the corp after being unable to get good fights solo.

“They’ve been very helpful,” she told me, “when I joined I barely knew anything about PvP but now I know quite a lot. I think the main factor there is that I’m able to do a lot of different things; fleet doctrines are usually quite loose so I’ve been able to try out e-war, logistics, scouting, and all kinds of other roles.”

I’m told that the upcoming rule change, banning the use of pirate implants when fighting each other, is popular. “Even as a relatively spacerich player, I like it too, because it gives new players a much better chance; and I was going to buy Asklepian and Crystal sets and that’s several billion I can use for other stuff and not have to worry about not being on a level playing field.”

Asked what the appeal of RvB is, as compared to a nullsec group, Taylor told me she was originally intending to learn PvP in RvB and then join a nullsec group, but that changed. “I hear all these stories from null sec players about getting blue balled, how fighting in TiDi is awful, and stuff like that. In RvB I have access to fun content every night, and it’s also right next to Jita which — as someone who likes to experiment with different fits — is very convenient.” 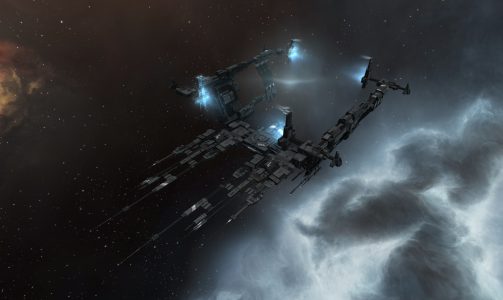 Sounds Like My Kind of Thing, How Do I Join?

Good question! Just pick a corp — Red Federation or Blue Republic, hit apply and wait for a few minutes or hours depending on the time of day and who’s online! You may be asked to join the other corp for balance purposes, but most applications are just accepted.

If joining right away isn’t your kind of thing, they have a forum and a public Discord which you can hang around on to get a feel for the organization.