By riverini
Contact
Other Articles
zKillboard
Today marks the second TEST Alliance Keepstar to come under attack in the southern region, the previous one was the ill fated 4-GB14 which went down last sunday: 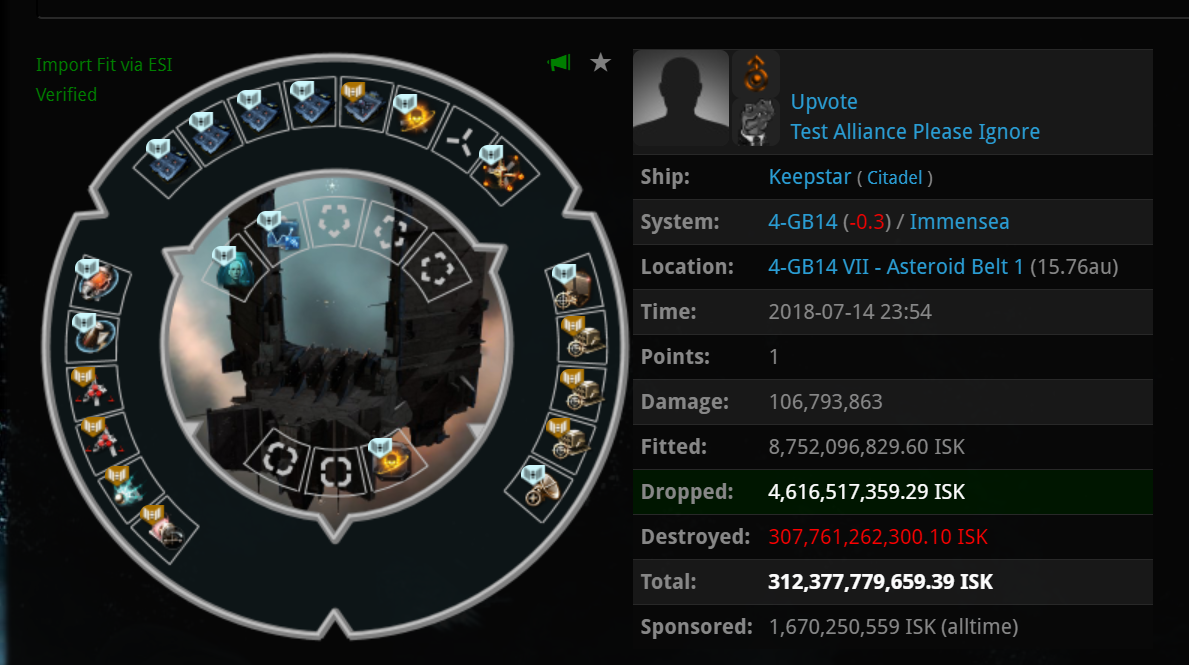 Today’s Keepstar is a bit special since it isn’t a final hull timer, but an anchoring one in the UALX-3 solar system in the Tenerifis region. On one side we got the defending Legacy forces (TEST, Brave Newbies, Drone Walkers, Etc.) who are receiving support from Goonswarm Federation’s own fleet and allies.

On the other side of the ring, we got the Pandemic Legion / Black Legion led attackers, along also came long time allies Northern Coalition reinforcement in a sub-capital force. Pandemic Horde / Mercenary Coalition allies complete the bulk of the bunch.

So far, as of 5:00 eve time, the Keepstar hull is at 55%. So far only Pandemic Legion, Black Legion and Legacy Defenders have committed supers on the field. Here’s a local scan of the current system status.

Watch this space as we update on major events.

First supercapital kill of the night, a Triunvirate Ragnarok: 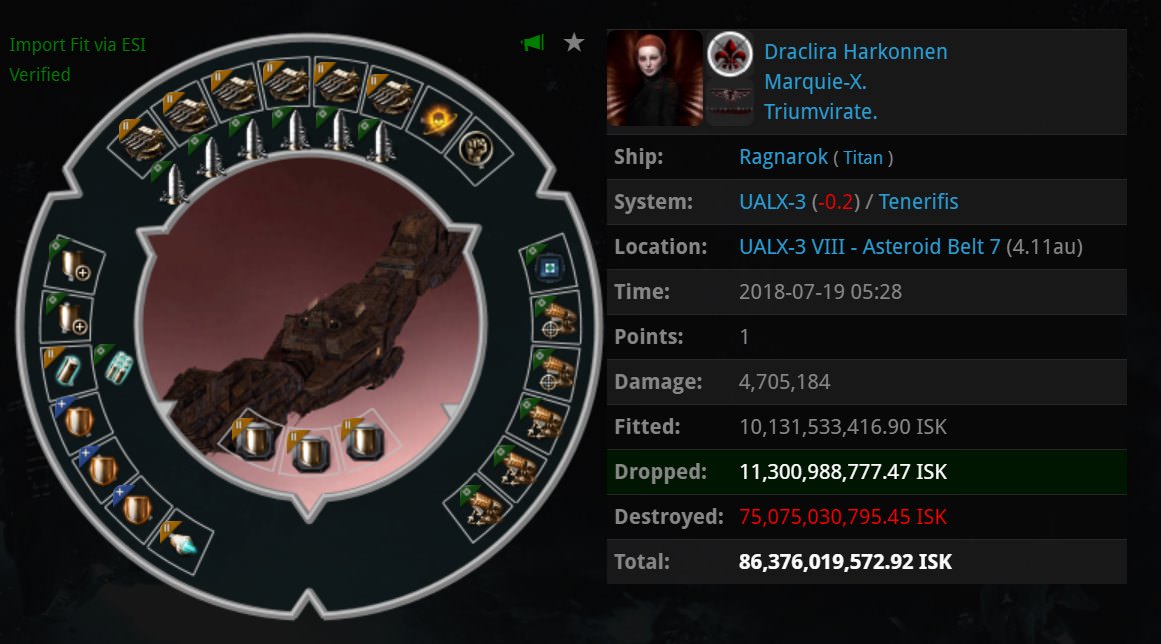 On top of that, a Pandemic Legion Erebus is down: 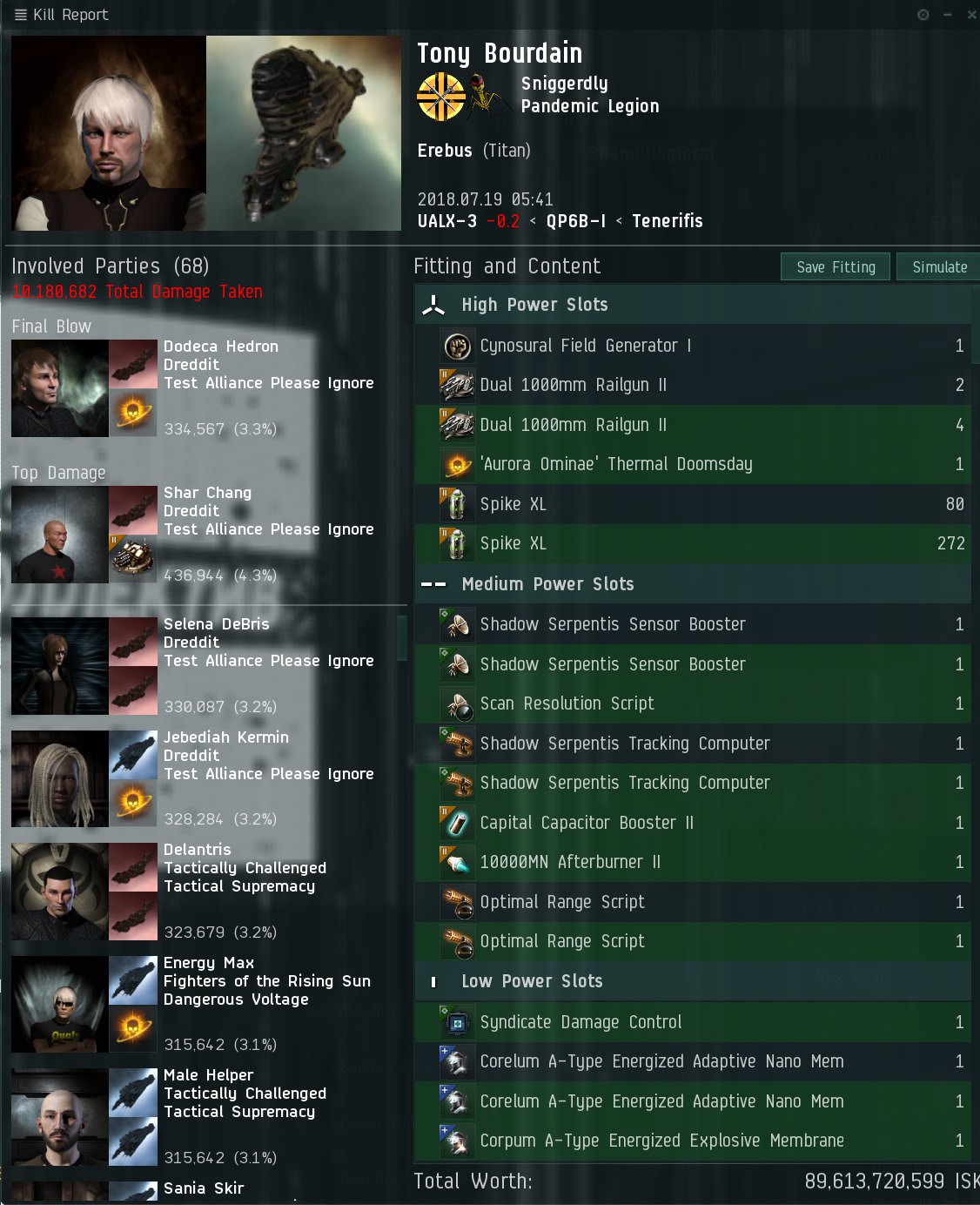 And a Skill urself Erebus: 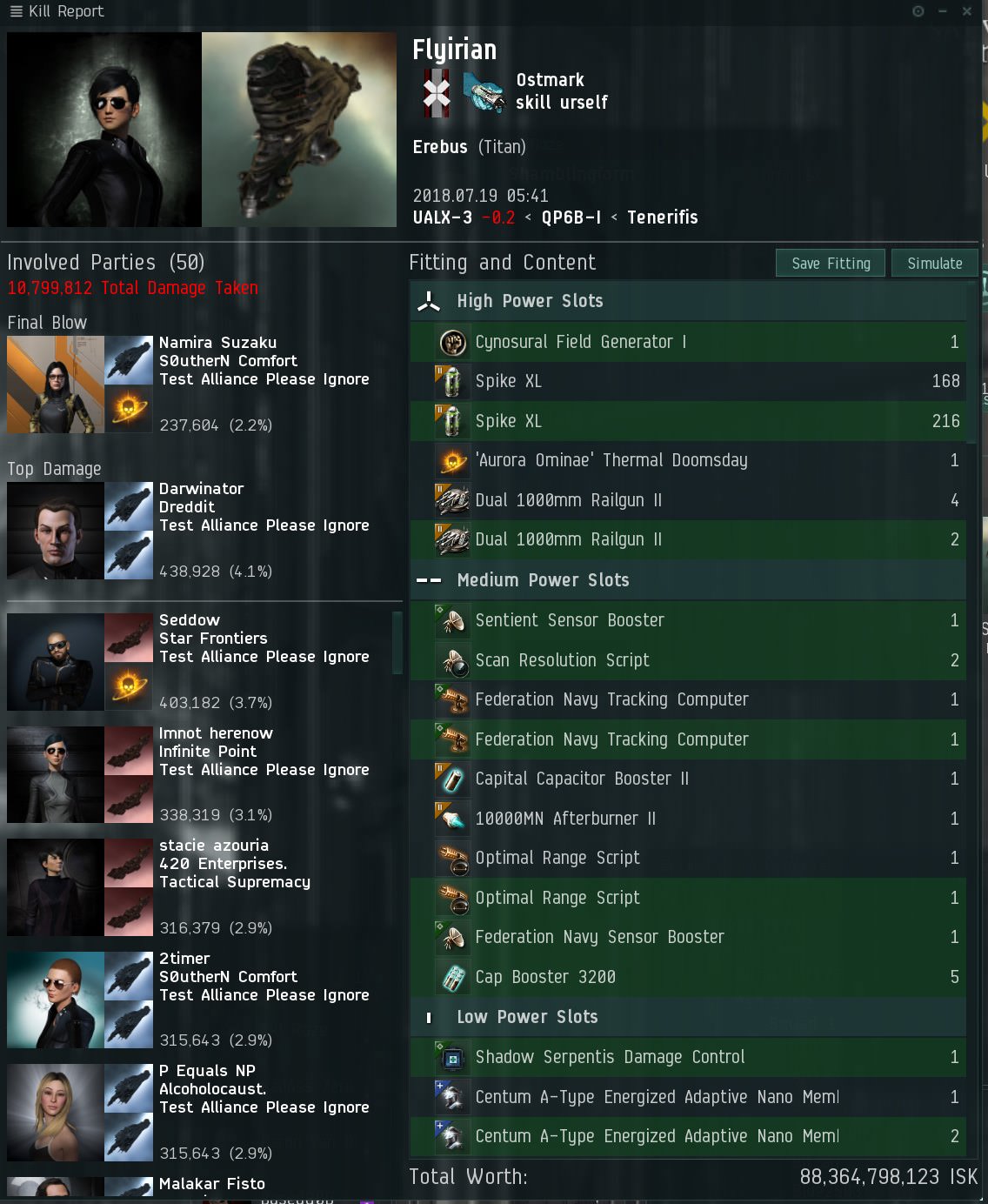 As the battle rages on, we are getting reports of an EVICTUS. Ragnarok down: 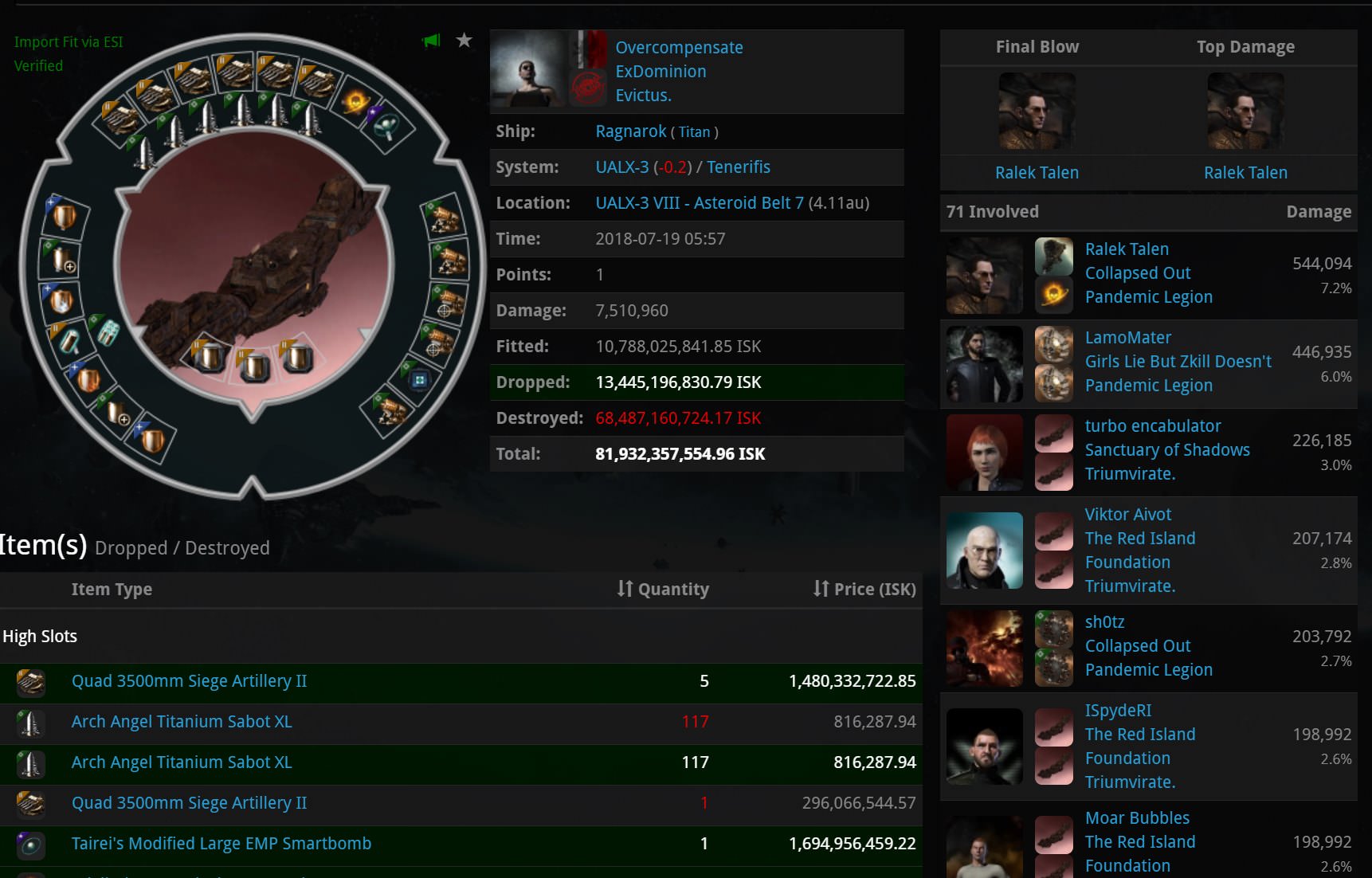 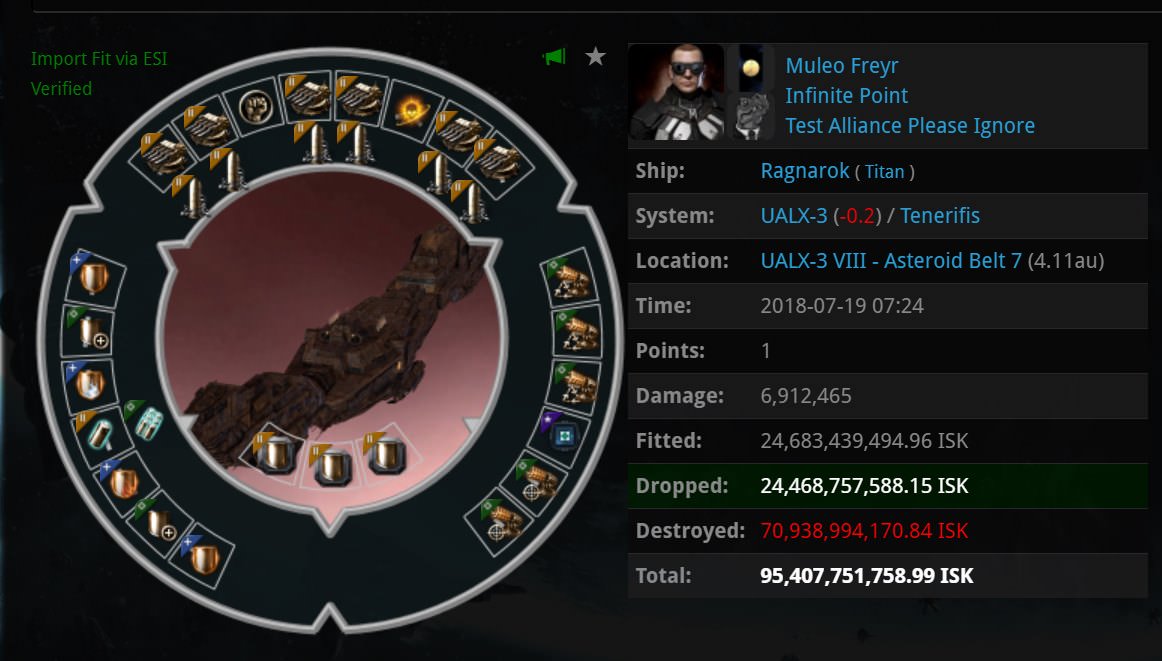 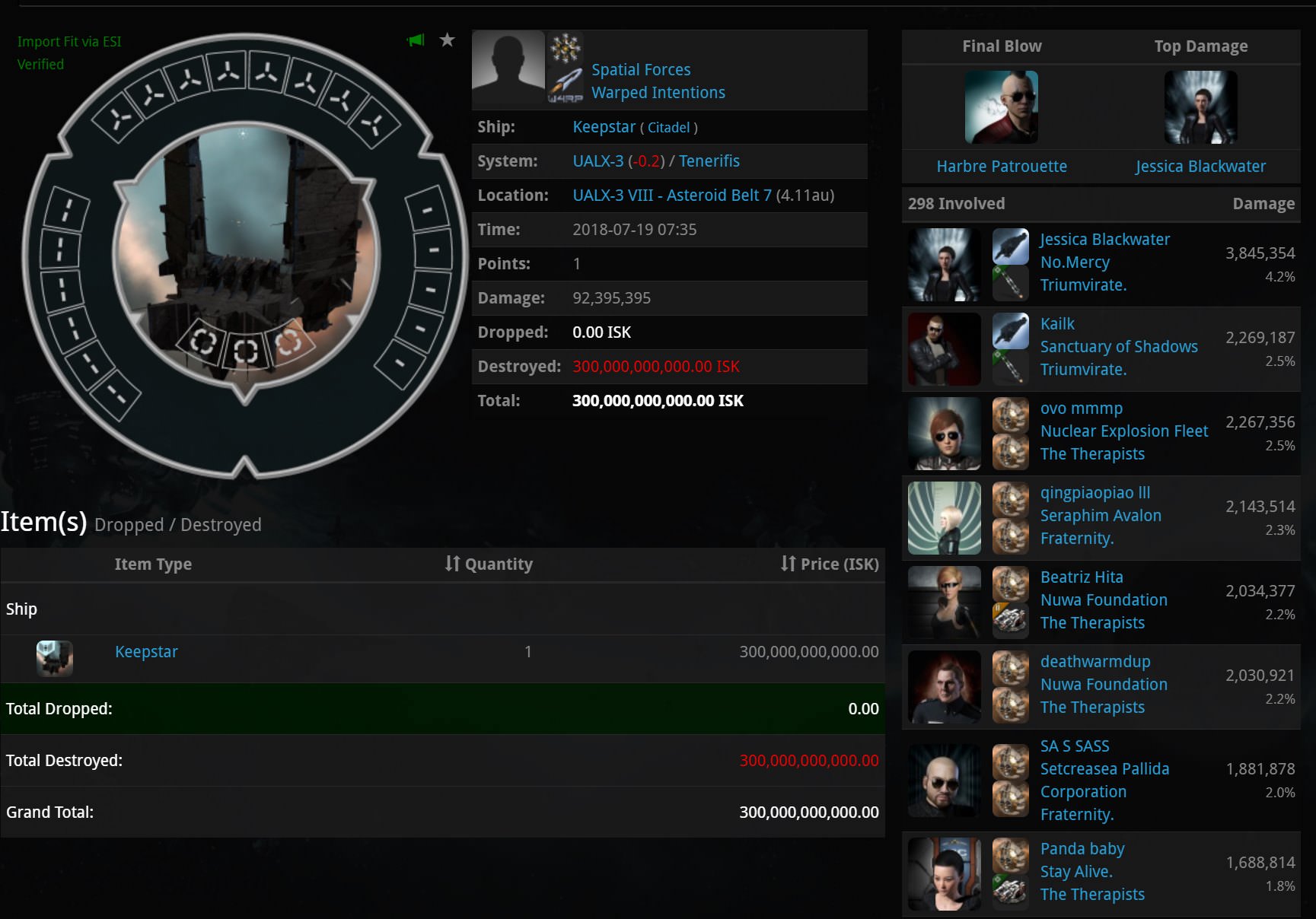 Despite having the main objective achieved, the attacking forces are still trading blows with the Legacy defenders.

An Avatar titan belonging to Fraternity. went down, this one was doomsdayed into oblivion.

Add another Erebus to that tally: 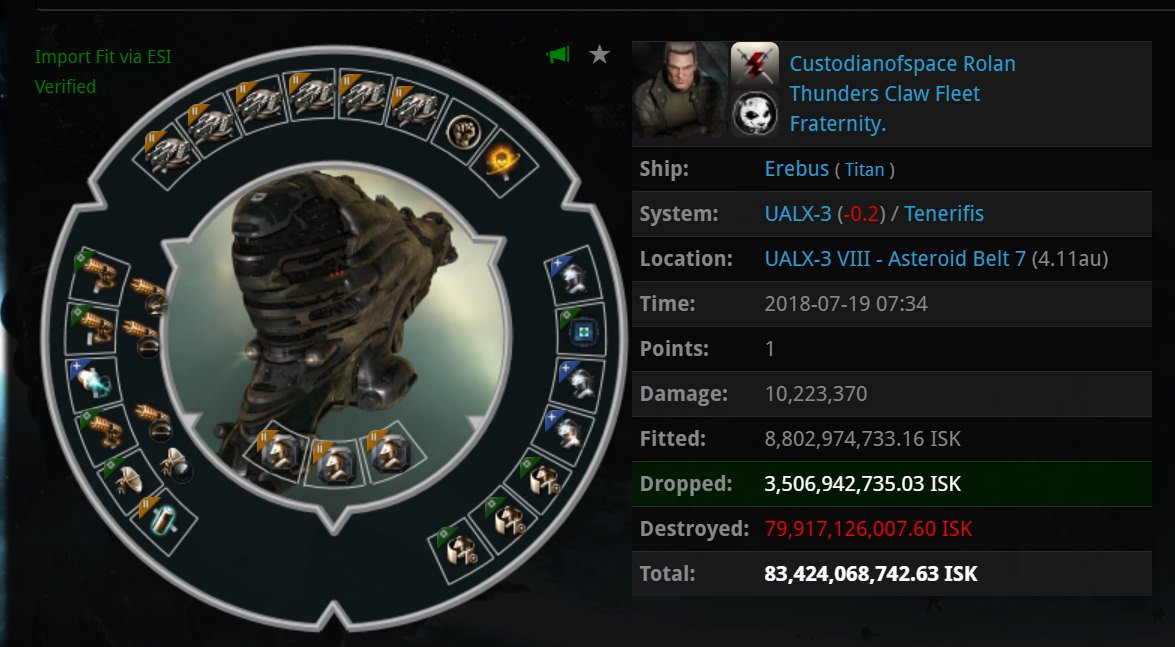 PL/NCDOT are jumping in more dreads into the field, on top of that TEST Alliance just lost another titan: 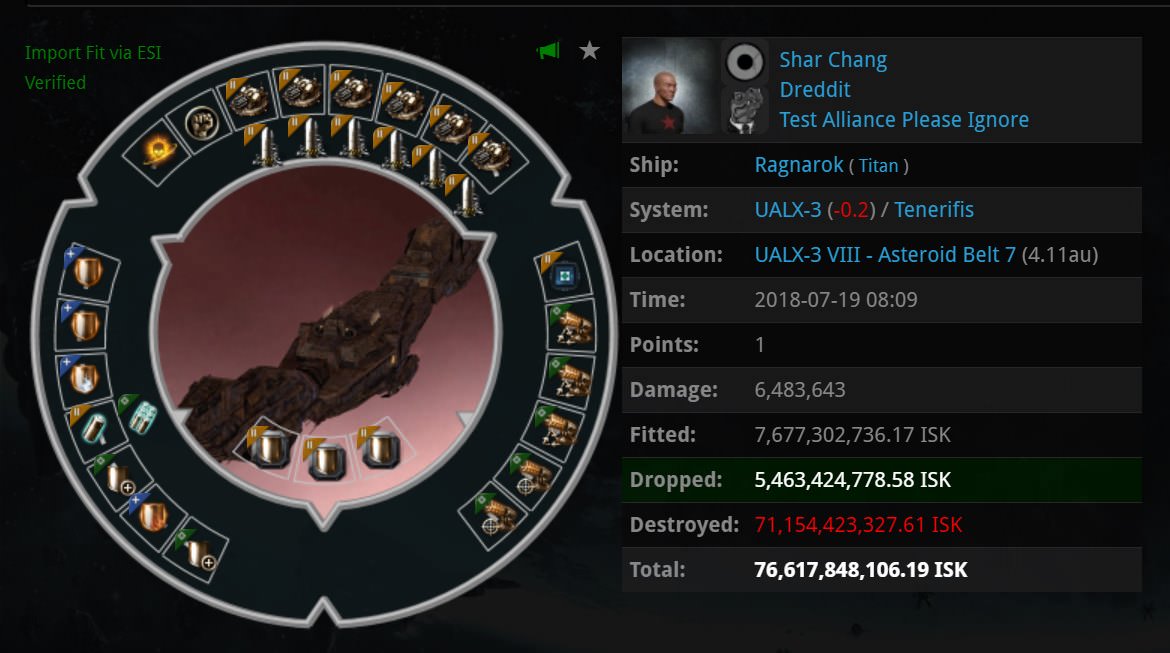 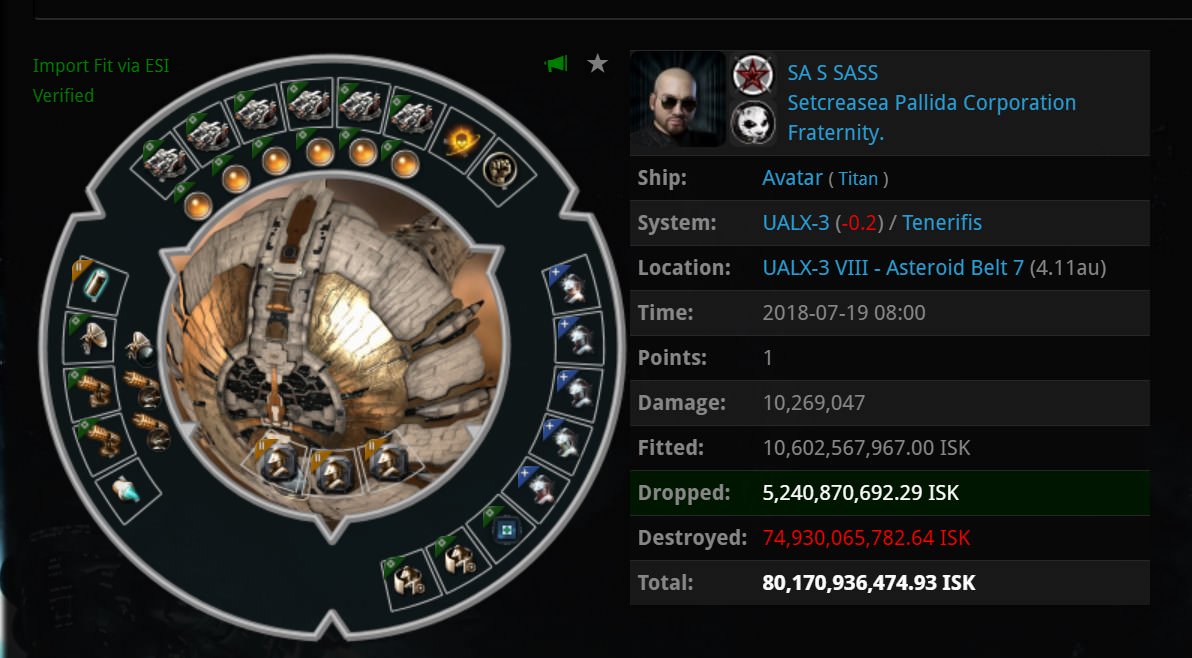 As usual, here is the current online streams of the battle: