Disclaimer: The author was piloting for one of the parties involved and the opinions expressed are solely his own.

Here was the “Million Dollar Battle” we all deserved. Although, with even titans selling for just $500 on the black market down from $4000 just three years ago that’s still an overstatement. One Redditor summed it up pretty accurately: 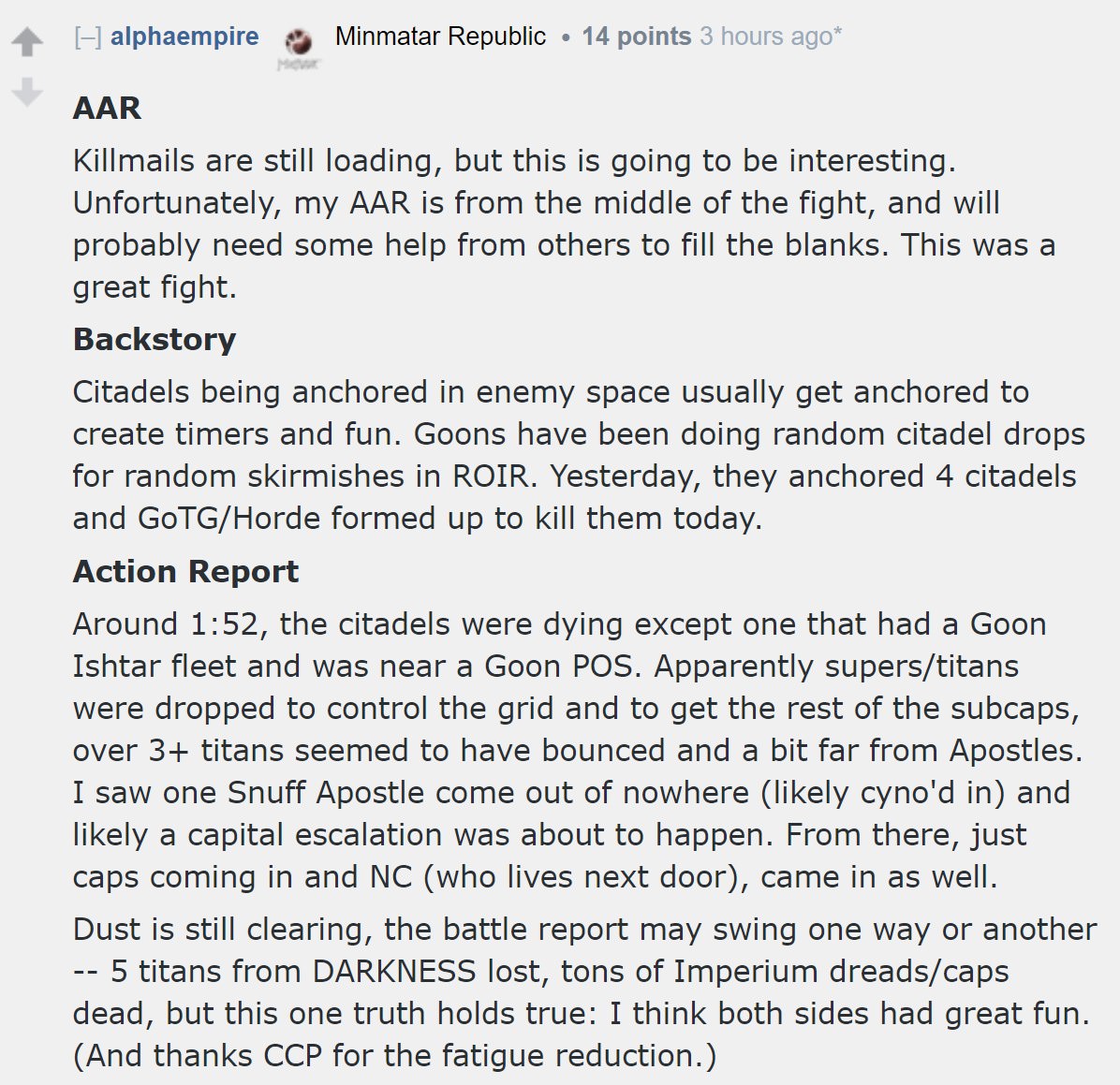 At least one prediction from our previous piece came true: It’s now clear we are living in a meta where overwhelming capital ship fleets in large numbers can and will move across constellations on short notice. For Instance, Northern Coalition. seamlessly arrived on next to zero notice all the way from Vale of the Silent. Pilots who had just lost Capitals willingly brought out reserve ships over multiple jumps, not bothered by the dreaded space aids, to the active cyno beacon left open on the field of battle for capital reinforcements

A massive bloodbath has indeed occurred in ROIR-Y, with over 1 Trillion ISK in Losses. It’s not my place to suggest what went wrong for the GOTG side here, I’m just the sperging miner, ok?  To trade titans for citadels isn’t ideal, apparently,  when this leaked image purportedly from a GSF director’s hanger in ROIR-Y shows the strategic objective’s themselves are a dime a dozen.

On the other hand, any day I get on an Asher Elias legion kill with a super is a good day. Though there were tense moments and the isk war so far appears to have gone the other way, we held the field and successfully extracted both super fleets. A setback? Probably. A catastrophe? Not exactly. Building and fitting five titans is more accessible than doing the same for 130 dreadnoughts, though insurance does pay rather more percentage-wise on the latter.

If nothing else it speaks towards the skill and dedication of the FC team that things stayed coherent and most of the fight had the GSF seeking to extract, not the other way around.

That the fight itself was monumental and enjoyed by pilots on both sides, in spite of interface lag and time-dilation with less than 1000 characters sharing the same grid; is a positive thing to take note of.

And the author might just have caused his first Diplomatic Incident, oh dear.