Desperate Miners and Shiny Pants: Insights from the Economic Report

Unless New Eden’s entire economy is your playground, November’s monthly economic report is, admittedly, not the most riveting reading. Still, dig a little way into the pretty graphs and there are noteworthy points to be found. From supply-and-demand struggles in the mineral market to the unexpected power of pants, here are some highlights. 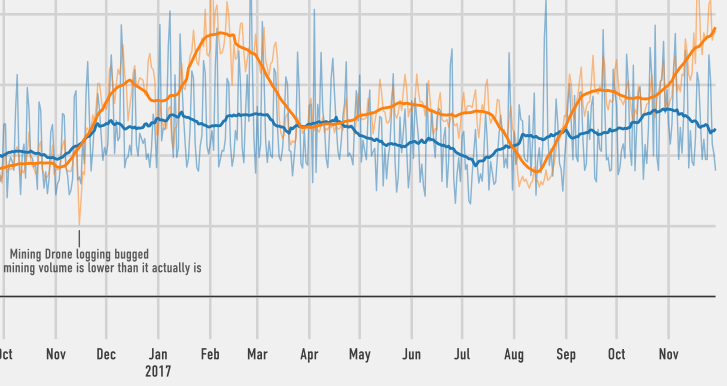 Volumes of materials mined (orange line) appear to be at an all-time high, exceeding the results of the past year’s Rorqual upgrades. The grand old laws of supply and demand suggest that flooding the market with an item is correlated with a drop in price. We’re seeing exactly that: for the last two months straight, the mineral price index has tanked its way to a five-year low.

Though part of that number reflects reduced prices for high-end minerals, the bulk of it appears to come from low-end minerals – generally associated with highsec mining. 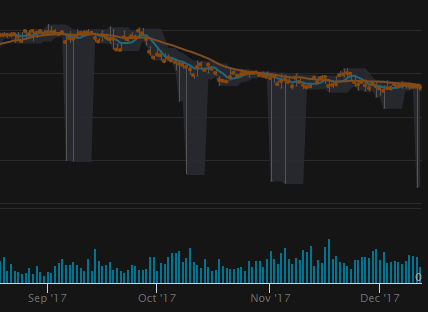 At a more granular level, we see comparable numbers. EVE Marketer shows that tritanium – pretty much the definition of a low-end mineral – has been dropping in price since early September. Pyerite has seen an even more dramatic drop in the same period, and mexallon has fallen too. Somewhere out there, it looks like mining operations are watching supply drive prices down, and are struggling to increase their own volume to maintain their bottom line. There are other interpretations, but that’s the one that seems most obvious to me. To me, it sounds like there’s a lot of desperate mining corps out there. I don’t say this lightly, but I’d recommend investing in gankers. 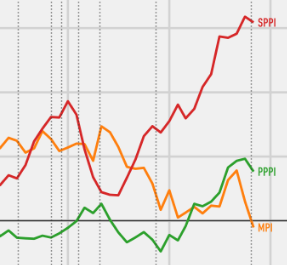 The Secondary Producer Price Index continues its winning streak. Last month’s report put the SPPI at an all-time high, with a minimal drop this month, but we need to read into that a little farther. The SPPI includes items as diverse as components, salvage, blueprints, and planetary commodities, and one or two factors can throw off the numbers for a whole grab-bag category. According to the Decomposition of Index, the largest factor in the past year’s growth has been…accessories. As any shopper for fifty-million-ISK pants can tell you, people are increasingly willing to pay top dollar for the little things. If you’ve got a rare hat stashed away, now’s the time to sell.

Two other notable factors helped push the SPPI to its record heights. Tech III subsystem components had a massive price spike, and commodities enjoyed modest growth, both in late 2016/early 2017. Since then, however, the big boost appears to have come almost entirely from the accessories market, with modest contributions from salvage. Call me a bear, but I don’t see the accessories growth as sustainable. CCP may be constantly churning out fresh items for the New Eden Store, but eventually, people are just plain going to have all the trinkets they want. I’m guessing they’ll take their attention elsewhere. I also see a correlation between growth in the accessories market and the phasing out of aurum, when accessory purchases from CCP became a matter of granular mini-PLEX.

Those are just some initial thoughts, and there’s an awful lot more data to sift through. I’m no industrialist, and my economics training is pretty far in the rearview, so insights are welcome. In the meantime, I look forward to bringing EN24 the occasional dive into the world’s most complex virtual economy.