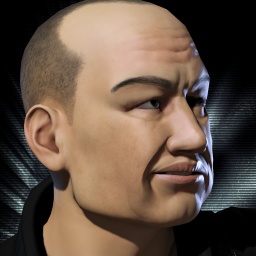 When people read about Eve Online on major gaming news outlets, they read about conflict, betrayal, huge fights in nullsec. Hopefully, this attracts new players to join us in the sandbox. CCP Games has made entry easy and free for new folks, but what are they looking for and how do they find it?

Mobadder Thworst is a longtime resident of the Crime and Punishment forums, highly experienced PVP-er, and expert can flipper. We spoke recently about what conflict used to be like, what happened, and what it’s like now. Back in 2010-2012, there was a lot of small gang fights, petty criminals flipping cans and starting scruffles that would escalate into gang brawls with the participants having a great time, or not so great time depending on the side they were on.

New players didn’t have far to go to find action, and often action found them. Mobadder’s main home was the newbie system of Akiainavas. He would get a suspect flag by stealing someone’s jet-canned ore. Then, hopefully, the miner would get angry and take the fight. The point was not to kill a miner, the point was to make someone interested in fighting, get them started in the most exciting PVP that can be had anywhere in gaming.

What drove the PVP was a real sense of conflict. Mobadder puts it like this:

“Eve is still a fascinating game: the depth of the PVP. Here’s the reality: In real life, we don’t have wars until we have conflicts. We don’t have fights without conflicts. You have a conflict with somebody. He takes something of yours. He does something you don’t like. Eve is one of the only games that had a solid mechanism where you could injure another player in a manner that replicated real life where you could have a real dispute. By the time you get done flipping a character you know a little about them. How they react to things. A lot of times you talk to them. There was some proper interaction there. It was a case of real conflict. That’s what made Eve real.”

When asked what changed, Mobadder responded:

“CCP has attempted to drive everybody in the direction of enjoying all this PVE when they missed the fact that they made the most sophisticated PVP game in history.”

So, what do you think, readers? Is conflict in Eve still as real as it was in 2010-2012? Is there more of a PVE focus than ever? Has CCP missed the mark by fettering highsec PVP via Crimewatch? Comment below!

This has been Moon Moon Burdy for EveNews24. Yellow-box me pls.