Challenges of a Rookie – Why is PVP so Hard to Learn?

In EVE Online, the first steps as a capsuleer are a challenge unlike in any other game. Many people regard EVE’s learning curve as one of the steepest. Some even refer to it as a learning cliff. Of course, as our wise creators, the demigods of CCP have gifted us with a brand new tutorial that’s supposed to take new players through these first steps. Let me be honest: I have no clue if that’s actually true… I haven’t even bothered with trying it out.

Through whatever means a new capsuleer develops, there will be a growth of game knowledge, pilot skills, and capabilities. The game tends to guide people through this growth by giving them increasingly larger ships to fly, and increasingly more challenging places to go. The development in the type of challenges that send them from a highsec birthplace, through lowsec, into null or wormhole space seems logical (I won’t argue whether this is actually the right route). Normally the player’s wealth grows with their progress. At first, people will need to pinch pennies to get their first destroyer, in the end, people jump multi-billion ISK dreads into enemy forces without hesitation. All these development paths lead in the same direction. More skills, more money, bigger ships. A logical development in many MMO’s (although many people in other MMO’s end up with bigger swords, instead of spaceships). Although when looking at PVP there are several factors in EVE Online that don’t follow this natural growth and may hamper the progress of new pilots. 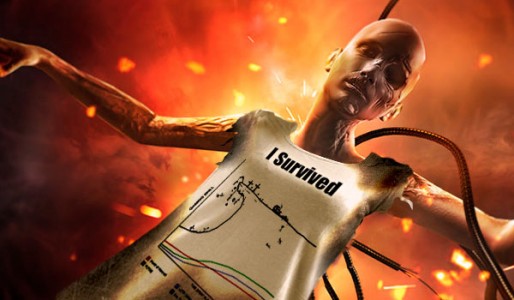 EVE Online has hundreds of ships, each categorized by class. From the tiny frigates to the enormous capital ships. With the increase in size, the value of the ships increases, as do the skills required to pilot them, leading to the belief that frigates and destroyers are meant for newer (read skill- and ISK-poor players), while the largest ships are meant for the elite. With this in mind, many people advise new PVP players to: ‘grab a few frigates, and start experimenting’. It seems to be the logical way to get experience before you start losing the big money.

That is where the problems arise. The difficulty of flying small ships. In many MMOs, the game becomes more challenging when you progress. Where players have to manage increasing amounts of spells, mana, attacks, and dodges. However, most of those MMOs started with a simple sword or club, gradually adding skills, spells, and attacks over time. People are afforded the time to adapt to the increasing difficulty. In EVE, this is the other way around. For many of us, our late-game combats seem to consist of anchoring up, and hitting F1 when you’re told to. It’s pretty easy, and when the time dilation kicks in, it’s probably the least challenging fight you’ve ever had. No offense to our FCs who have to manage all this – I have great respect for you guys!

Some of those F1-monkeys may still remember the fights they had in their early days of flying frigates (I certainly do). You see yourself rushing into a fight at 2000 m/s. Lock the enemy and activate all your modules. White bars turn red, and within a minute the fight is over, hopefully in your favor. Frigate combat is so fast that simple tasks like managing modules and dictating range need to happen in split-seconds and require high-level skills. Skills that often takes months of experience and dozens of lost ships to truly grasp.

I have heard somebody say: In nullsec, F1 monkeys use battleships to earn ISK. In lowsec, real pilots use frigates to earn skill. I can’t say that I fully want to agree with this statement (especially now that I’m one of those F1 monkeys myself). However, I see the truth in it. Combat in small-sized ships is probably one of the more challenging ways to fight that you can have in EVE. This is what our new pilots are subjected to when we send them out to learn!

With the release of Alpha-clones, many streams and YouTube videos show us that even alpha-clones can kill, with some of them even stating that any pilot could have success doing so. In practice, this probably won’t happen. Realize that many of these videos are made by expert pilots, with a deep knowledge of the game, able to pilot and strategize themselves into advantageous fights, giving them victories despite having a weaker ship. Our average rookie doesn’t have that; he lacks this knowledge and skill, and probably won’t be able to do these things. It takes time to learn. That would probably be just fine. People can learn as long as they keep going. Give them a fair fighting chance, and they will eventually find success. Let’s be honest though; they haven’t got a fair chance…

Flying a cheap frigate, the new player is starting off at a huge disadvantage. Of course, frigates are fast and nimble, which is cool. Then again, most new players don’t have the skills to get their ship to such high speeds, let alone the piloting skills to use that speed properly. It’s like riding a wheelchair in a bicycle race. Without speed, that leaves them with the worst combat-ship in the game (read: low damage, little hit-points). It’s like taking a knife to a gunfight. Of course, their ship performs poorly because it takes skill points to fly, and may even feel like a blunt knife. And let’s add a blindfold as they have no idea what their enemy ship is doing. Now let’s give the enemy a few implants, drugs and the occasional backup, and our blindfolded, crippled, broken-knife bearer is probably not going to kill a single thing anytime soon. This is a shame, because a few PVP victories can give new players the push they need to keep playing. While 10-20 ship losses can discourage them enough to drop EVE entirely. Especially because life in high-sec taught them to get attached to every ship they fly.

Of course, I cannot give you a good solution to new players’ problems. These problems are embedded in the core gameplay of EVE. I know there are plenty of ways to help new players to scale the learning cliff. Let them fly in a group, give them a ship that’s simple to fly with a good buffer, or skirmish/duel with them to teach them the ropes. The problem with all of these solutions is that they require something a new-player doesn’t have. Whether that’s the ISK to buy a cruiser, a teacher to guide them, or friends to fly with, a rookie player starts off alone, and first needs to overcome this loneliness before he can acquire their combat prowess. Some newbie friendly corporations offer great guidance to help players in this development, and I’d like to thank them for doing so, but new players may have a hard time finding these wells of knowledge that they so desperately need. With this in mind, I’d like to encourage everybody to be mindful of our newbros. Be friendly to them, point them in the right direction. Let’s go a little crazy and occasionally even refund a ship if we overcome them in combat. If the rookie happens to be a personal friend that doesn’t want to join a rookie corp, spend some time with them to show them the ropes; take them under your wing until they can handle themselves.

We may not be able to even the playing field for rookie pilots, but we can certainly give them a helping hand along the way! By being a friendly and supportive community we can give them the guidance that they need to continue playing our amazing game!