By riverini
Contact
Other Articles
zKillboard
Today marks the third Fiend class ship to go down, the Fiend is a Sansha pirate faction special edition cruiser given out as prizes to the winners of the last EVE Online alliance tournament. As such, these unique and limited edition ships tend to be insanely expensive and quite difficult to come by. The market value (not just the material value) of the ship is calculated to surpass the +150bil price tag. 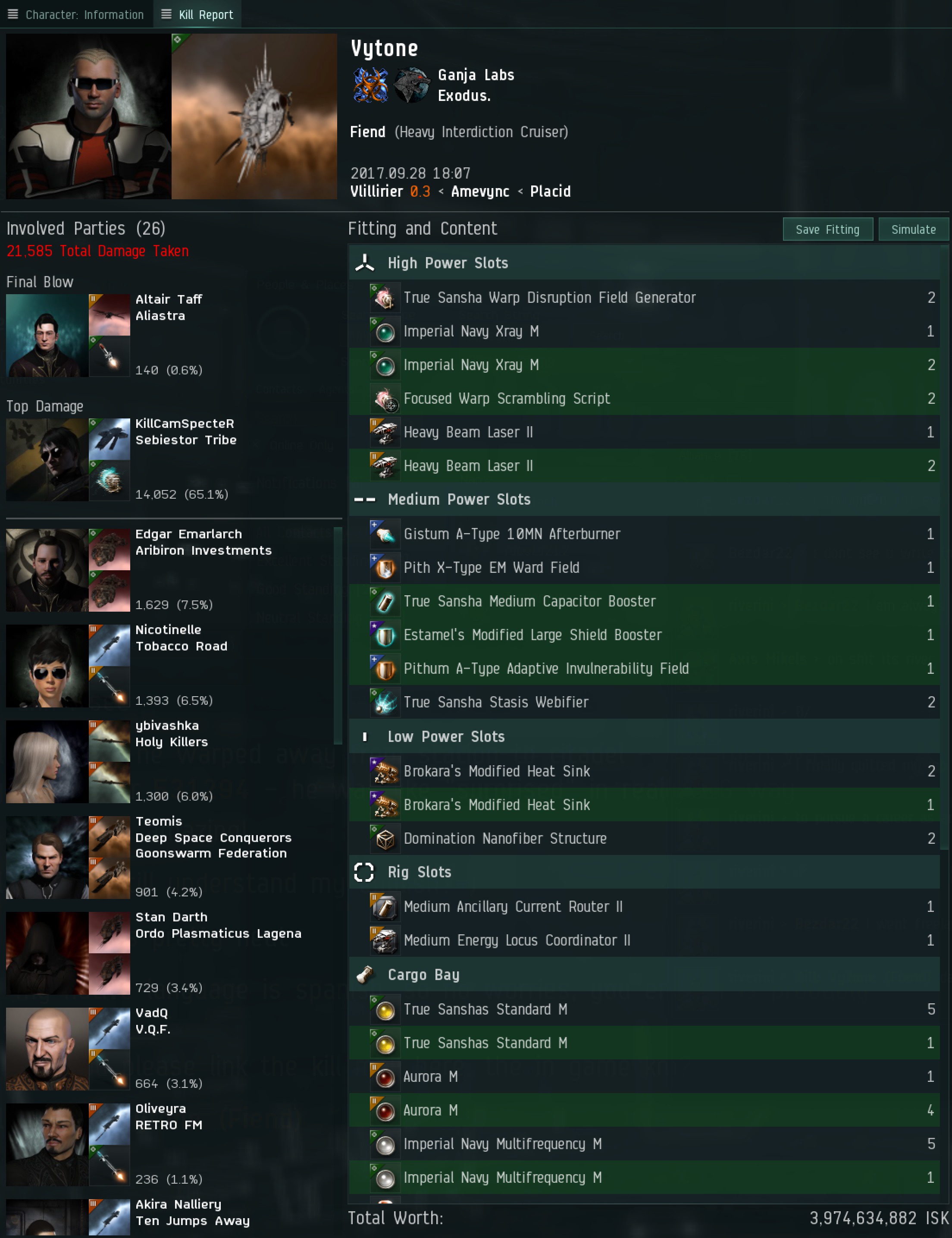 I also managed to talk to the aggressing side, after dusting off my Russian skills * cough! Google translate * cough * I managed to get a hold on one of the involved pilots (Nicotinelle) who gave his side of the story:

“The fiend was on top of an Astrahus and locked someone, he knew about us, and he didn’t want to lose his shiny ship (obviously), so he warped to a grid safe, and one of our interceptors managed to catch him. He was surprised in a BIG way, the rest was business a usual. A shout to our ceptor pilot 531294 for such an amazing catch, he really made our day – I would like to mention our channel for npsi-roams – “EVE Flight School”. Ru-speaking if anyone wishes to hang out with us.”

When the news broke the EN24 staff was on the bench whether this is the first AT XIII ship to die in the glorious EVE Online killing grounds. A quick consultation with the killboard history noted that it is indeed the third https://zkillboard.com/ship/35781/losses/ of these ships to be destroyed. Exupery (one of our writers) pointed an interesting statistic; Fiends have killed almost thirteen hundred ships, and this is the third ever lost.