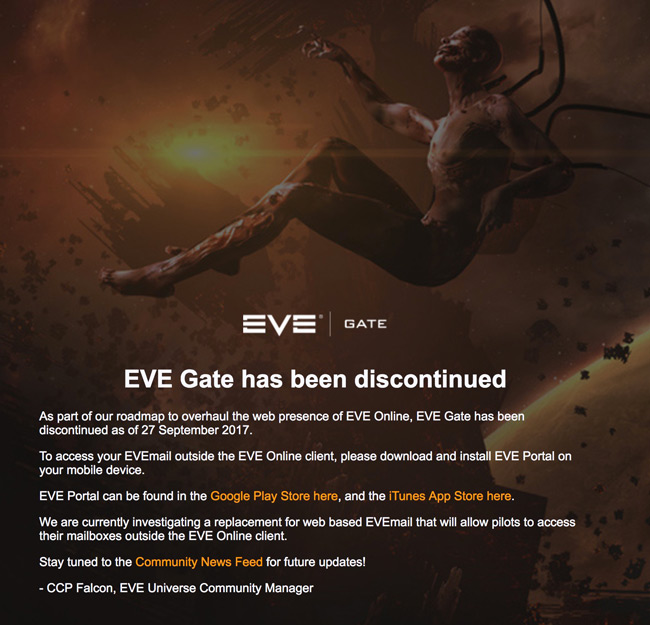 For those new players who never had a chance to experience the magic of EVE gate, it was a communication platform that allowed members to log and read their EVE online character mails and friends feed status updates.

CCP Games’ decision to discontinue the service comes to no surprise to anybody, nor it will be missed given its low actual use. Its shortcomings, which I will elaborate on further, pretty much relegated its use to check how much money a character had in your character’s wallet or to see if, after prolonged inactivity, their character was still in the corporation it was left at.

One of the most inexplicable traits of EVE Gate was its sluggishness, the inability to have a unified inbox for all your characters or even the lack of an option to use an IMAP/POP client as most email services provide.

“We are currently investigating a replacement for web-based EVEmail that will allow pilots to access their mailboxes outside the EVE Online client.”

Whatever EVE Gate’s successor service might be, the success of said service will be closely tied to its usability.

Some alliances and corps have out of game services integration capabilities that would rival any self-respecting mid-sized multinational company, with some even going as far was implementing two-factor verification for its members. Most of the services revolve around key usability needs that CCP Games have overlooked; like out game chat channels, out of game audio channels and corporation specific forums.

I am of the opinion that most players would content having an integrated “hub” (just like the one most corps have) to manage both bulk evemails, API keys, subscription and contract services.

CCP Games have an excellent opportunity to rethink the out of client part of the whole EVE experience. Developing a discord webhook so players can have their alliance/corp chat channels, or even custom channels available from a client like discord, would make any corp leader underwear go moist. I’d leave it as it for the moment.

As noted on the disclaimer if you try to access EVE Gate, there is, in fact, one official way to read and write EVE emails from out of game; The EVE Portal mobile application which happens to be a pretty good application on its own:

EVE Portal can be found in the Google Play Store here, and the iTunes App Store here. 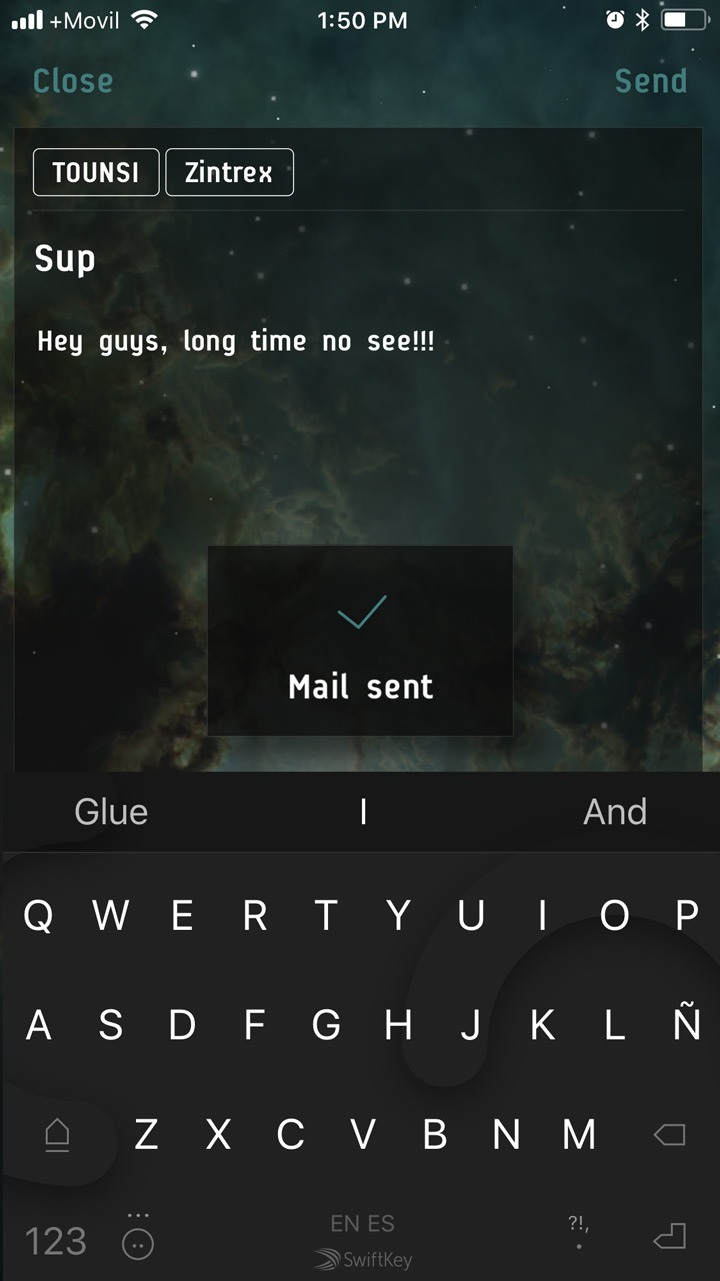