Kirith Kodachi: Putting the Faction Back Into Faction Warfare

Last month I wrote a piece detailing how citadels are negatively impacting the warzone in a post called Game of (Citadel) Thrones:

All of this means that if an attacking force gets a Citadel to stage from, all the home field advantages of the defending force are lost: the attackers have the same ease in restocking and reshipping for participating in the attrition warfare. Worse: the attackers have the luxury of making multiple pushes over any period of time that they can muster pilots and fleets for, while the defenders only need to slip up once to find themselves on the cusp of losing their home station.

At that time I declined to offer suggestion as to how to address the emerging issue but last week I made time for an interview on my podcast with Scylus Black of Templis CALSF alliance, part of the Caldari Militia, who is running for CSM and I wanted to help out. During that interview I asked him ideas for addressing the impact Citadels are having on Faction Warfare and he wisely deferred promising to consult with the Faction Warfare community if elected for ideas.

But I’m not running for CSM so I can be an armchair developer. So let’s get to work.

To reiterate, the issue is that citadels circumvent the main faction warfare mechanic that provides a benefit to owning a system, namely the station lockout of the opposing militia. This removes the defender’s advantage in a system assault where the attackers anchor a citadel and de-incentivizes assaulting a system where the defender is living out of a citadel stronghold.

I went over in my head many different options but ultimately there seemed to be shortcuts to circumvent all of them by using neutral dummy corporations to own the structures instead of militia. There seemed to be no subtle way to address this issue, and I’m a big fan of subtle solutions. But I’m not opposed to bringing out the sledgehammer when required and I feel this is one of those times.

So I propose we extend the station lockout mechanic that currently applies to NPC Stations in faction warfare systems to anchored structures in said systems. 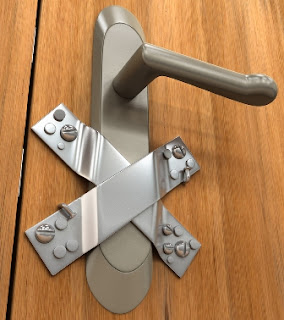 What this means is that if your militia does not own the system, you cannot dock at a station or citadel or engineering complex (or in the future, drilling platforms). Yes, not even structures that your corporation/alliance owns. Yes, this is a huge deal, but it returns to the forefront the concept that owning a system in faction warfare *means* something tangible AND important. It means that losing a system is a significant blow to your militia if you have assets there. Yes, you could drop militia to become neutrals and get access to assets but that is not a trivial step to take and you cannot do other militia related activities while in that state. Its a non-fatal pain in the ass and its what made faction warfare system assaults/defenses feel so important to the pilots involved.

HOWEVER, there is a downside to this approach! Militias still need a way to operate even in a limited capability in a system owned by the enemy and by locking out all structure we once against will see attackers forced to use Player Owned Stations as forward operating bases to stage out of, but we know CCP’s long term plan is to get rid of these archaic bug laden boondoggles.

So the second part of my proposal is a new special citadel class structure which I dub Astrakamp that has the offensive and defensive capabilities of a Raitaru engineering complex (maybe less) and can be bought from the militia loyalty point stores and, most importantly, is exempt from the station lockout mechanic like current structures are now.

Militias could use it as a forward operation base in lieu of a POS without having the durability of a full blown Astrahus citadel. This special structure can be fine tuned for balance between attacker and defender without seriously impacting other parts of EVE because while other non-militia entities could choose to use it as well but really why bother when you can get a full-blown Astrahus instead?

With these two changes you make ownership of a system in faction warfare important again without pushing the use of POS mechanics as forward operating bases, and introduce a balance lever specific for faction warfare, i.e. adjusting the properties of the Astrakamp to find the right balance between system offense and system defense.

We are proud to bring you the stories, opinions and musings of a long time pilot who has dabbled in everything New Eden has to offer, he writes and podcasts about his opinions and adventures at Ninveah.com