Disclaimer: The following battle report was submitted to EVE News 24 by Sister Bliss, Executor of The Initiative. [INIT.] and a participant of the battle.

The events which led to this historic moment originated from an escalating battle over an R64 moon in the F7C-H0 system of Cloud Ring where The Initiative. forces were preparing to re-capture assets previously lost to Pandemic Horde [REKTD] (PH) of PanFam coalition and their allies from Guardians Of The Galaxy (GOTG) coalition.

Conditions for an engagement were not looking favourable this morning when scouts reported mass form-ups from hostiles (DARKNESS. [DARK.]/Mordus Angels [MOA]/Solyaris Chtonium [SLYCE]/Northern Coalition. [NC]/ChaosTheory [KOS]/Blades of Grass [2GTHR]/WAFFLES. [N0MAD]/The Methodical Alliance [TMA] [1]) who had announced CTAs to support PH. As intel came in over channels reporting an excess of ~800 hostile subcaps, the mood in the INIT. camp was somewhat dispirited at the prospect of having to stand down from an eagerly anticipated fight.

With the INIT. fleet standing at 210 and friends in Snuffed Out [B B C] and Project.Mayhem. [16-13] on the way with a combined 120 man Nightmare fleet, it was going to be almost impossible to find an opportunity to engage, as added to the ~800 hostile subcaps were ~ 100 hostile dreads and ~ 50+ hostile carriers, scouts reported. The only opportunity was to find a way to thin out hostile numbers and bring the tie down to a more manageable risk level. Thankfully, Out Of Sight. [OOS] had dispatched their bomber crew from Venal and they would play a pivotal role in helping the battle unfold.

Suiting up, the INIT. and PM/Snuff fleets entered F7C while hostiles sat inside their tower, Minokawas on the outside casually repairing shields with Darkness + Friends providing air cover in Tengus. Warping in at range, INIT. and SNUFF/PM started shredding targets while the PH gob of Scorpions moved outside shields to commence mass ECM, which were promptly bombed into half armor by an expert OOS daisy cutter shrapnel wave. PH retaliated by bringing in its carrier fleet and unleashing over 100 squadrons of fighters. Both the INIT. and SNUFF/PM fleets concentrated on killing fighters and re-positioning while under pressure from both hostile Tengu firepower, fighters and ECM. 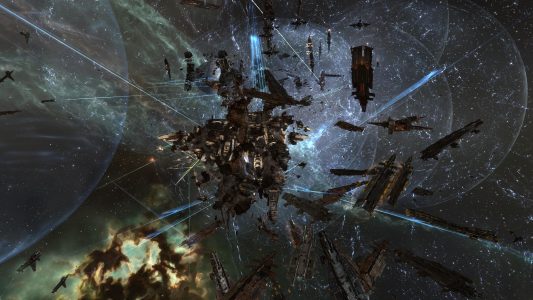 To reduce the strain on logistics, INIT. brought in a small wave of Thanatos (~12) to run air superiority and help dispatch enemy fighter squadrons. With PH fighters dying and being recalled to their carrier fleet (Still sitting on POS shield 100k away), PH elected to warp in ~15 dreads on the INIT. carriers. Shortly thereafter an NC. Machariel fleet joined them and also warped in on the INIT. Machs and started to brawl at close range. In the melee, the PH Scorpion fleet was successively bombed to oblivion by OOS.

INIT. countered once more and brought in a contingent of dreads to engage the PH caps (which had warped in) and thus escalating entropy(2) ensued; Snuff/PM caps also entering the fray. With the first wave of INIT. dreads in siege, PanFam and GOTG jumped in all remaining caps and as 60+ Darkness dreads hit grid, the blunderbuss was called(3); Honeymonstar, Isabella Thresher, Archaeon Vashar and Corinae jumping into the melee on 4 opposing cynos at ~20k from the Darkness capital epicentre and firing their Bosonic Field Generators into the sweet donut flesh. 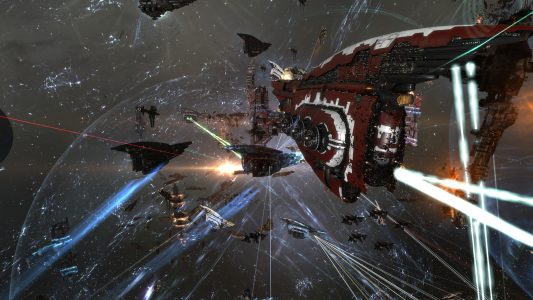 2 BFG strikes hit gold, vaporising capitals off the grid, while the other 2 Titans were skewed by the jump and ended up unable to score direct hits. What wasn’t immediately exterminated inside the killzone was critically maimed. The race was now on to extract Honeymonstar, Isabella Thresher, Archaeon Vashar and Corinae as every hostile within 5 regions was screaming in the direction of F7C for titan kills. Hearing of the NC. supercap fleet spinning up, we reached out to our friends in the Imperium despite them likely being way too far away to be able to assist in time.

INIT. and Snuff/PM dreads continued to lock up hostile dreads in low armor and one-shot them while the subcap battle raged savagely, INIT. subcaps switching back and forth between clearing dictors/hictors and re-focusing back on hostile Machs. With all hostile caps on field destroyed (save for the PH carrier fleet sitting on POS), we ordered dreads to siege red and prepare for extraction while the battle to clear dictors continued relentlessly.

Isabella Thresher, Archaeon Vashar and Corinae managed to jump out to safety but we still had Honeymonstar tackled in the chaos. For a brief moment he was clear, but unable to jump (lag/TIDI, who knows but jump command not responding) and then agonisingly bubbled once more. The succession of bubbles was just long enough to secure a time window for NC. supercaps to get within range. 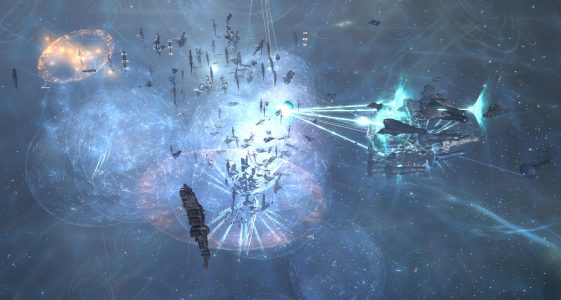 Northern Coalition. Titans Targeting and Firing on the Remaining The Initiative. Titan, Sealing Its Fate

SNUFF/PM caps managed to extract largely intact when free of dictors before the PH carrier fleet warped in to the blender. With Honey still tackled and the horde carriers coming in, INIT. dreads were ordered back into siege with new capital targets being called out in succession on comms. More hostile dread reinforcements arrived and were primaried as the NC. supercaps entered the battle to focus on Honeymonstar, multiple doomsdays sealing his fate.

The BR can be found here.

Massive thanks to SNUFF/PM/RDRAW/OOS for coming along to help us and making today possible (not forgetting thanks to our friends in Imperium who stood up fleets to assist but for whom the distance was too great to traverse in time). Also thanks to everyone else who showed up on the hostile side. A bit too much for us to handle in the end but we hope you had a good time.

PPS. After the main battle, INIT. reshipped to AHACS, looted the grid, killed 2 PH carriers, narrowly missed killing another 15 PH carriers/FAX, re-reffed the F7C tower and re-captured 2 R64 before going home to celebrate a grand day out. News just in that PH are pulling out of CR to lick their wounds. I’m sure we’ll see you again soon friends; like clockwork.

“Every player but the loser shall win.”

(1) I may have missed some out, apologies.
(2) Weave!
(3) Much to the confusion of the INIT. fleet who were trying to find someone called Blunderbuss 😀