Ikoskio system, Black Rise region. On the 14th of February at 13:36 EVE Standard Time, a battle between Snuffed Out [B B C]\Project.Mayhem. [16-13] and SAMURAI SOUL’d OUT [KATNA]\Did he say Jump [JMP-N] forces lit up the system.

The battle was fought over a Fortizar citadel belonging to SAMURAI SOUL’d OUT. The structure had been previously reinforced by Snuffed Out\Project.Mayhem. forces and was exiting its last and final reinforcement timer. With the Fortizar on the line, SAMURAI SOUL’d OUT reached out for allies while forming a defensive fleet of mixed armor cruisers with Did he say Jump, numbering at 60 pilots.

Snuffed Out and Project.Mayhem. prepared a joint Machariel battleship fleet, with intelligence indicating Northern Coalition. [NC] was preparing to join the battle on SAMURAI SOUL’d OUT side. Regardless, the two alliances chose to proceed, believing they could match Northern Coalition. and win the timer before the latter could deploy its entire super capital force.

However, as the two sides prepared to fight over the citadel, the server unexpectedly failed to reboot. With the timer set to expire around 12:00 EVE Standard Time, the constant delay in the server coming back online proved troubling to say the least. For nearly two hours, the server failed to start, leaving both sides dismayed. This however played to the advantage of the defenders, as the structure was certain to self repair the moment the server came back online.

This proved correct when finally the server came online. The Fortizar immediately started the process of self repairing, prompting Snuffed Out and Project.Mayhem. to hastily assemble a fleet and race to the system. A 70 pilot Machariel fleet was gathered, with Project.Mayhem. moving ahead of its ally and bridging first into the system. The alliance had also dropped several carriers nearly 300 kilometers off the citadel and sent their fighters to attack the structure and thus interrupt the self repair process.

With only half its fleet sitting near the citadel, Project.Mayhem. waited for the defenders to show up. SAMURAI SOUL’d OUT saw this and quickly formed its own fleet with Did he say Jump and the two alliances secured a cynosural beacon on top of the Machariel force. The fleet bridged in, landing at point blank range of the Machariels. With the fleet arrived several combat carriers and an Apostle force auxiliary.

Project.Mayhem. responded with its own cynosural beacon, allowing Snuffed Out reinforcements to pour in and the two alliances merged their forces. The joint Machariel fleet quickly engaged the mixed armor cruiser fleet, attempting to gain range in the process. The cruisers were having none of that and kept hounding the battleships. Having to fight in such close proximity, the Machariels who were equipped with artillery cannons had trouble tracking and applying damage to their smaller targets. 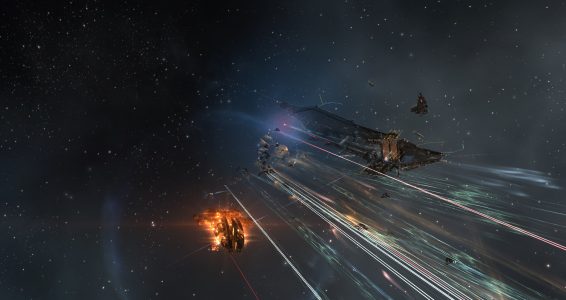 A Snuffed Out\Project.Mayhem. Machariel Battleship Destroyed in the Fighting

Whats more, fighting in such close proximity to the citadel was taking its toll, as the structure contributed its own firepower, increasing the pressure on the Machariel fleet. This forced the Machariel fleet to bring in an Apostle force auxiliary of its own to the field. However the ship was quickly targeted by the citadel which promptly used its weapon systems to destroy the ship.

After a chaotic start, the Machariel fleet started to regain control. The scattered artillery barrages became coordinated strikes, managing to volley cruisers and strategic cruisers alike. As the fleet started grinding down its opposition, a cynosural beacon lit up near the still present Project.Mayhem. carriers, heralding the arrival of Northern Coalition..

The alliance had gathered a 70 pilot Machariel fleet of its own and bridged near the Project.Mayhem. carrier group. The force quickly swarmed the combat carriers, managing to snatch a Thanatos combat carrier before the rest of the fleet could warp off to the safety of a friendly citadel in the system. The Northern Coalition. fleet dispatched of the ship swiftly and perched above the grid, preparing to engage Snuffed Out\Project.Mayhem..

After what seemed like a few agonizing minutes, as Northern Coalition. had brought its own Apostle with it and the capital ship took time to align and warp with the rest of the fleet, the entire force landed near the Snuffed Out\Project.Mayhem. fleet. This led the joint Machariel fleet to be sandwiched between two hostile forces. Northern Coalition. had equipped its Machariels with autocannons and had chosen to engage at close range to use them to their best advantage.

Hammered on both sides, losses started to mount for Snuffed Out\Project.Mayhem.. Soon, strategic cruisers which functioned as the fleet’s logistics wing were being volleyed off the field, and the joint fleet’s commanders knew the fight was lost. Added to this, with the carriers gone and the fleet concentrating on the hostiles, the Fortizar managed to finish its self repairs. With the objective lost and the fleet sustaining heavy casualties, the Snuffed Out\Project.Mayhem. fleet commanders had no choice but to order a full retreat.

Those not tackled by the hostile fleets warped off to safety, leaving the remainder of the force to be annihilated. With the last of the stragglers dispatched, Northern Coalition. and the cruiser fleet continued to loiter around the Fortizar, waiting for it to resume its regular invulnerability cycle. With the structure safe, the two fleets departed, allowing Snuffed Out and Project.Mayhem. to withdraw as well, ending the fight. 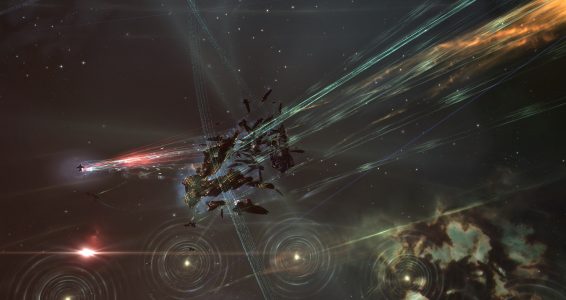 The Northern Coalition. Machariel Fleet Disposing of the Last Stragglers of the Snuffed Out\Project.Mayhem. Fleet

Battle report for the Ikoskio system can be found here.

All told the battle lasted 8 minutes with Time Dilation not reported and the system hosting 222 players at the height of the battle.