Since the last article, gigX held a meeting to discuss the status of the war with Circle of Two / CO2 leadership. You can listen to the entire meeting below and find the reddit thread on this here.

In short, gigX announced the withdrawal of CO2 from the tribute region and the re-stage in the NPC nullsec region of Venal. They will maintain their good ties with Test Alliance Please Ignore and will, presumably, help assist them should Northern Coalition. and PanFam (made up of Pandemic Legion and Horde) make any advances into the Vale of The Silent, the home of TEST. Venal also provides a prime place for CO2 to conduct guerilla operations in Tribute should they choose to harass the residents who eventually remain in the region. But the message from gigX was ‘The war isn’t over’ and that they will fight for the Keepstar no matter how bleak the outlook might be.

Understandably this is a sensible plan for CO2 who had begun to lose systems at a rapid rate after weeks of holding firm, out of 32 systems in Tribute 14 remained as of the 26th of November, when only 21 days prior they had held all systems.

The systems of Tribute as of the 26/11 with systems held by CO2 (yellow) and systems captured by NC. (grey), Pandemic Legion (orange) and Pandemic Horde (purple)

Not long after the announcement, and following the CO2 supercapitals that left M-OEE8 the day before, a subcap move fleet departed from M-OEE8 and started towards the alliance’s new staging system in Venal, PF-QHK. This was picked up my NC. and Panfam spies who, (reportedly) to some amazement, discovered the fleet intended to travel by gate on a route that took them right into the jump/bridge range of both the Northern Coalition. and Pandemic Legion staging systems. Of course the opportunity was too good to miss for an ambush and the result was a one sided slaughter with CO2 losing 78 out of 133 ships to the value of 29 billion ISK. You can find a battle report here and a video from the perspective of Pandemic Legion below.

The remainder of the week passed and CO2 continued to move assets out of the region as sovereignty continued to be claimed by Northern Coalition and PanFam.

There was, however, a curious swap of sovereignty in the 03C-SU constellation which up until the 26/11 was held by The OSS, an alliance with close ties to Black Omega Security, which is a member corporation of CO2. In one night the entire constellation’s territorial claim units flipped from The OSS to Mercenary Coalition control, but the infrastructure hubs and stations remained under the control of The OSS. It is currently unclear what the situation is with the constellation but it does appear that some agreement was made to transfer the sovereignty without any contest. Seleene, of Mercenary Coalition, was contacted but was unable to comment at the time of writing this article.

By Friday the 3rd of December all but the most remote systems in the W-XBGF constellation of Tribute had now fallen to either Northern Coalition, Pandemic Legion or Pandemic Horde including the CO2 staging system M-OEE8. Thus, the final stage had been set for what would be CO2’s final stand – The M-OEE8 Keepstar.

The M-OEE8 Keepstar was one of the first of its kind to be deployed in known space and is the first fully operation Keepstar to actually come under siege. They represent a sizable investment by the holding alliance worth many hundreds of billions of ISK, equivalent to a reasonably sized supercapital fleet.

Northern Coalition. and its allies with Pandemic Legion, Pandemic Horde and a number of others launched their first attack on this behemoth of a structure on the evening of Saturday the 4th of December. Expecting potentially heavy resistance, if not from the scrambling CO2 and Test forces but at least from the Keepstar itself (which is fearsome in it’s own right), the attacking forces were prepared for a potentially long and drawn out engagement. However 40 minutes after beginning the attack the attackers were able reinforce the citadel with not a single shot fired in return by the Keepstar or from a defending fleet. 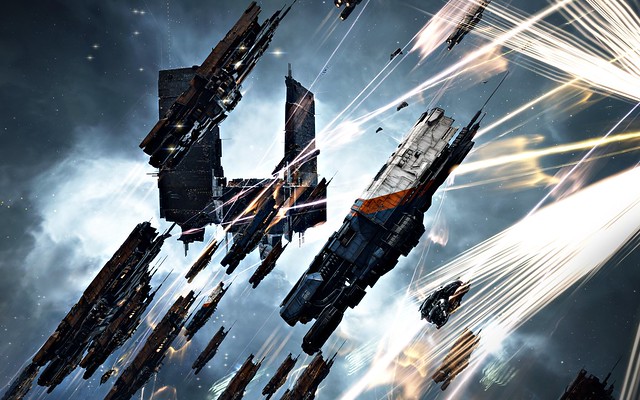 What appears to be a leaked discord log emerged on reddit not long after the initial reinforcement of the Keepstar which apparently shows a conversation between gigX and a number of other CO2 members indicating that the lack of resistance may have been the result of sabotage from within the alliance. In the log (which you can find here);

The validity of this log and its source has not been verified as accurate by any 3rd party, but it would explain why the Keepstar failed to fire a single shot in its defence. Theories ranged from; A spy from within CO2 offlining the modules before the Keepstar entered its repair cycle and thus preventing them from being turned on again; A feint of helplessness in an attempt to lure out the Northern Coalition. and Pandemic Legion super capital fleets which would be most vulnerable to the Keepstars weaponry; Or a simple gaff by gigX.

Regardless of the reason, the Keepstar was reinforced signalling the start of the week long campaign to bring down the structure with the second of three timers to come out on Sunday 4th at 1900.

Twenty minutes before the Keepstar was due to become vulnerable again forces from surrounding areas began to marshal into position with 2,500 in M-O itself which included a CO2 Machariel fleet and a TEST Nightmare Fleet.

As the final timer approached Northern Coalition. and Pandemic Legion jumped in their subcap fleets and Super Carriers in onto one of the ‘siege’ citadels that had been anchored in the previous week perched 1,000km from the Keepstar and away from its fearsome weaponry. 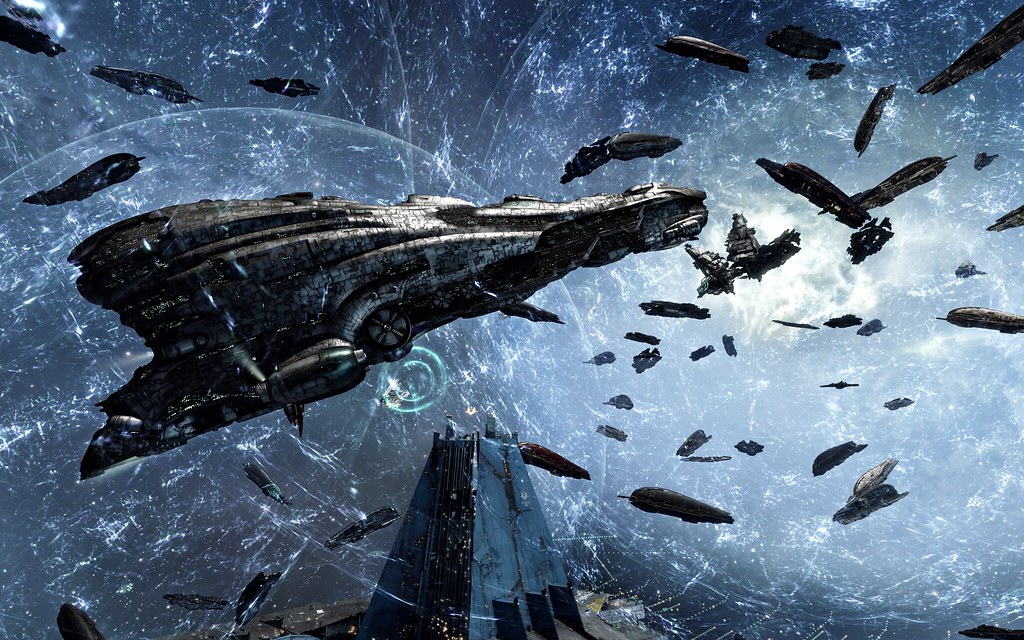 The super carriers then launched wave after wave of Fighter Bombers and sent them heading towards the Keepstar as the 15min vulnerability window began its countdown. But with local reaching over 4,000 people, time dilation winding down to less than 10% normal speed with less than 10 minutes left on the timer there was a very real possibility for the attackers that they may not be able to begin applying enough damage to the Keepstar to reinforce it. With 4 minutes and 9 seconds remaining however the fighter bombers and attacking subcap fleets had moved into range and began firing at the structure.

As the subcap fleets from both the attackers and defenders engaged each other the Keepstar for the first time began firing back in response and began launching Void Bombs at the attacking fleets and activating its point defences.

At approximately 20:25 the Keepstars super weapon fired for the first time during the battle aimed at the Pandemic Legion Typhoon fleet that was skirmishing with the Test Nightmares and CO2 Machariels destroying a number of ships.

For reasons that have not been verified, DARKNESS. along with ChaosTheory. Blades of Grass, Solyaris Chtonium, proceeded to jump in a fleet of 28 dreadnoughts right on top of the CO2 Keepstar and in range of its primary weapons. Of out those 28 dreadnoughts 20 were destroyed in rapid succession and 8 managed to extract safely. 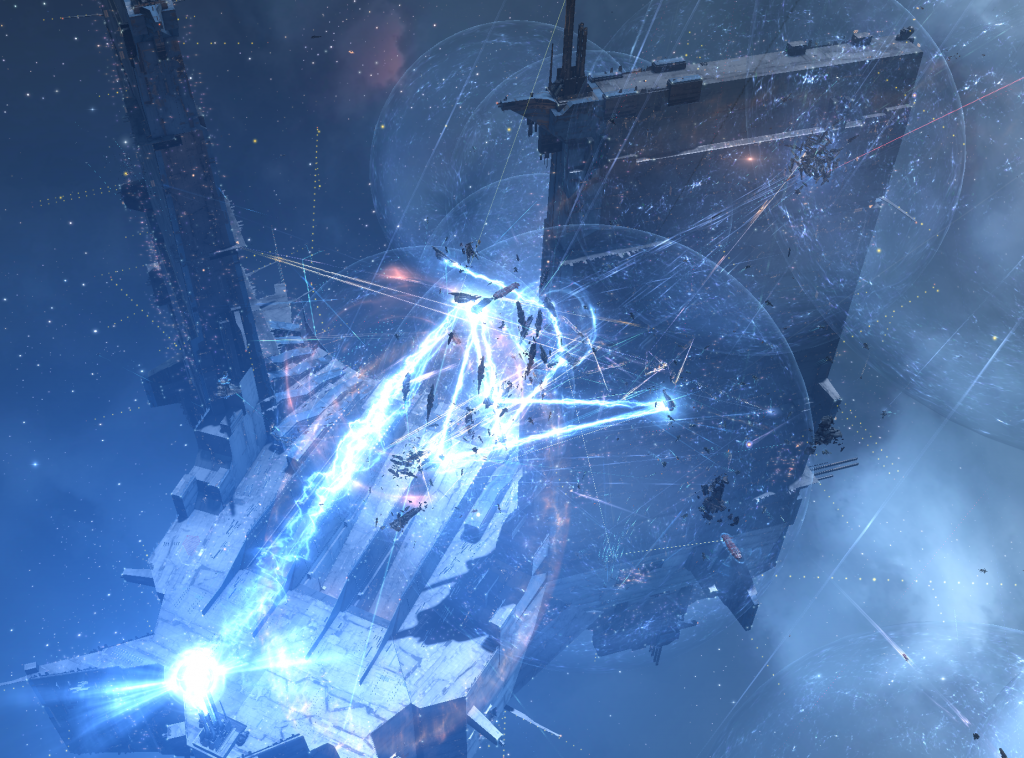 After almost four hours of fighting (but approximately 40 minutes of actual real time) the defending forces began to withdraw as the Keepstars armour failed and the structure was reinforced for the final time. The structure will become vulnerable next Saturday the 10th of December.

Since the battle and given its scope it has been almost impossible to obtain an reliable battle report other than ones saved to reddit (which can be found here). Over 4,200 individuals are estimated to have been involved in the battle. Best estimates show that TESTCO fielded some 1,600 ships and were outnumbered by 2,200 ships from NC/PL and allies. Even so, the defenders continued to fight on almost right up until the Keepstar was reinforced and came out on top of the ISK war losing 102bn ISK vs the 160bn ISK lost by the attackers.

You can watch a cinematic edit of the battle below by Temppu Gaming below.

For the rest of the week there have been uncorroborated rumours that forces have been marshalling from far and wide to prepare for what will be the biggest battle of the year since World War Bee where M-OEE8 was also the focus. Earlier today CCP released a SCOPE Video in anticipation of tomorrows battle.

It is almost a certainty that the first operational Keepstar in the history of New Eden will fall tomorrow. The real question will be how much will the defenders put on the line to protect it and what price the attackers will pay to bring the structure down?