Alpha Clone States have arrived and now anyone can play Eve Online for free. Nobody could say for certain exactly what the end result would be from such a substantial change after thirteen years of strictly pay-to-play, but after a week of activity the results have been exceeding everyones expectations. It would appear that the free-to-play Alpha Clone States are here to stay.

You’ve made an account, logged into the game, and are now out playing internet spaceships. Where do you go from here? How do you really start enjoying the game with all that it has to offer? Today I’ll be talking with one such individual working to answer those questions and more for new players all over Eve. Before we get there though, I’d like to introduce PANCAKES, Eve Online’s new premier Alpha Clone State alliance. 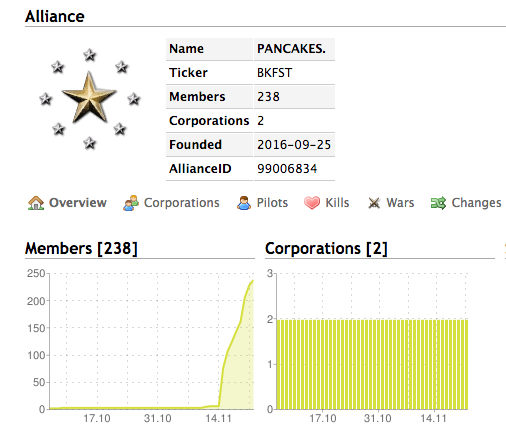 It doesn’t matter if you have been playing for a week or an hour, if you are new to the game and want to experience what an organized alliance is then this is the place for you!

I sat down with Reza Najafi, CEO of PANCAKES as well as [WAFFLES], for more detail on what new Alpha’s can expect. Here is what he had to say.

Can you tell us who you are, your history in-game, and what you are currently focused on right now within Eve Online?

My name is Reza Najafi, I am CEO of SniggWaffe [WAFFLES], used to be SNIGG director in Pandemic Legion. Our current focus is making Low Sec great again! Jokes apart, WAFFLES are a low sec (low security space), nomadic-pirate group. We go where the content is and we farm it. Till a few days ago our main focus was on putting our Keepstar up in Kinakka which was successfully deployed. Just a few nights ago we deployed to Amamake in order to have some fun. We started our Alpha Clone alliance called PANCAKES. and they are having a blast right now PVPing around Black Rise and learning how to play.

For those who are new to Eve or might be thinking of joining, could you go into detail about what Alpha Clones are? Why are you recruiting them? What does PANCAKES have to offer?

Alpha Clones is what CCP calls a Clone State that is available free to play. They can train and use a specific, limited set of skills and they can fly tech one Frigates, Destroyers and Cruisers. Alpha Clone state provides you with an Eve life experience, where you are free to play and you can play the game as anyone else is, but your inventory and skill training are limited. We made a whole new alliance for Alpha State clones, returning players and newbies in general. We think they are a great addition to EVE Online and we want to show them our game style. How we play the game. PANCAKES are an environment where they can focus just on the fun part of EVE. They get free skill book sets, free ships and great FC’s (fleet commanders) that will lead them to … glory eventually. PANCAKES focus just on the PVP aspect of the game. We will try to teach them as fast as possible how to have fun in EVE Online deploying around New Eden, PVPing with friends and being lead into smaller, mid and larger sized battles without all the other hassle that Omega clones do.

You touched on it a little bit, but can you tell us more about how PANCAKES is run? How does this new alliance fit in with the bigger alliances (such as HORDE, WAFFLES, and Pandemic Legion) etc?

PANCAKES are lead by a Triumvirate of directors from SniggWaffe who answer directly to me. Many WAFFLES have alts in there in order to mentor and teach them how to play EVE. As an alliance they will have all the freedom they need and their own goals to pursue. They will be deployed in different areas of New Eden in order to maximize fun per hour and for them to learn as much as they can. We would like to show to them that nomadic life – despite being hard – is the most fun you can have as you aren’t tied to any assets, to any specific part of space and you can enjoy the freedom that comes from it. They will fit in PanFam just fine. A lot of people ask if PANCAKES wont be competition to HORDE. And the answer is simply no. HORDE has a different story, a different goal and different newbie environment. PANCAKES are never meant to hold space and all that it comes from it (defending your own home space, blue lists, PVE, etc). We will keep sending all the recruits that want to try that part of EVE Online to our bros in HORDE.

How will new Alpha Clones be able to fund, train, and equip themselves for the environments you are promoting in PANCAKES within New Eden?

Well EVE is not one of the easiest game to play for a newbie. That is why we want experienced players to teach them how to play in order for them to progress faster. We already had a dozen of small gangs out since Alpha Clones were introduced and all the new guys loved it. Some of them are returning players but some of them were only reading about EVE or seeing videos. Now regarding funding, training and equipping we will be providing all those things to them. Skill sets and ships are already available in corp hangar. We have theory-crafted doctrines that would suit PANCAKES. For those of them who would like to go to Omega state and will actually need more founding to sustain their play then they’ll be able to join WAFFLES where we got all that set up. From wormholes, level 5 missions and many other secret ways to make enough money to sustain having at least 5 billion of ship doctrines in your hangar at all times.

Are there any expectations for Alpha states in regards to them turning into Omega states? How likely or unlikely is that? Can they stay as an Alpha state as long as they like for example?

They can stay in Alpha State forever if they want. That is totally up to them and it is one of the reasons we made PANCAKES as a separate entity but still tied to WAFFLES or well our BREAKFAST (BFF) community. They have their own game play and own goals. We will of course try to make the two entities work together as much as possible but that is not a priority at all.

What kind of social infrastructure do you offer to new players thinking of joining? Pretend I was new to Eve Online and knew nothing about what I was getting into. How do I stay in touch with other fellow PANCAKES? What’s required?

We have our own coms and services. Meaning forums, discord and mumble. They can access it at http://lowsec.rocks

Why are you doing this, and what do you hope to accomplish?

We want to show newbies that nomadic-pirate life in EVE is the most fun you can have. This will populate low sec and bring more action to an area of EVE that CCP doesn’t pay enough attention to. And it is a way of giving back to the community what we learned during all this years.

Just like to mention our in-game channels if you want to learn more about PANCAKES in-game join “JOIN PANCAKES” and for WAFFLES “Join SniggWaffe”. 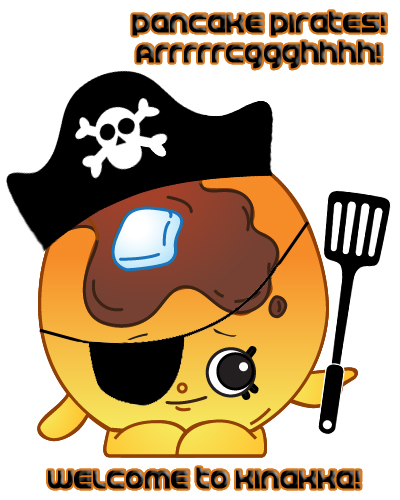 Special thanks to Reza Najafi for taking the time to be interviewed and all the information that he provided. We look forward to working with him and providing updates in the near future.
tweetfleet
Reply to Article
useful links discord evepraisal br repair localthreat