Despite some alliances recently declaring World War Bee to be at an end, heavy fighting erupted in Saranen on May 17th. Increasingly entrenched Imperium forces engaged fleets from longstanding adversaries, the Money Badger Coalition.

Footage of the battle

Fighting began at 20:40 as multiple Money Badger Coalition entities headed from their respective staging systems towards the Lonetrek, Fade and Pure Blind regions, anticipating the simultaneous activation of nearly a dozen citadels in the area. The first major engagement of the day occurred when a fleet of 40 Pandemic Horde (REKTD) T1 Cruisers were destroyed in the D2-HOS system by Goonswarm Federation (CONDI) Purifiers. Despite incurring heavy losses during the engagement they succeeded in destroying an Imperium citadel in the system. Similar scenes played out across Pure Blind and Fade with 9 Imperium Astrahus-class citadels eliminated by the end of the evening.

The main battle began, however, at 20:50 as a Circle-of-Two (CO2) titan bridged a Nightmare fleet onto Imperium forces forming up on the Karjataimon gate in the Imperium staging system of Saranen. With their main fleets (a Hurricane and Grindr fleet) engaged on the Karjataimon gate, an Imperium interceptor fleet attempted to prevent Money Badger Coalition reinforcements from reaching the battle via the 93PI-4 or Tartoken systems. Despite their efforts, time dilation quickly came into effect as over 2500 pilots flooded into the system over the next 10 minutes and joined the fight on grid.

By 21:00 the main battle was in full swing with more than 776 Imperium pilots in battleship and Hurricane fleets engaged near the gate. Money Badger Coalition fielded fleets totaling over 1700 ships mainly composed of T3 cruisers flown by Northern Coalition., WAFFLES, The-Culture and Pandemic Legion together with CO2’s Nightmare fleet. In addition, a 150 strong TEST Alliance sniper battlecruiser fleet dealt significant damage from range whilst a fleet of nearly 100 DARKNESS Cerberus engaged Imperium forces from between the T3s and TEST. 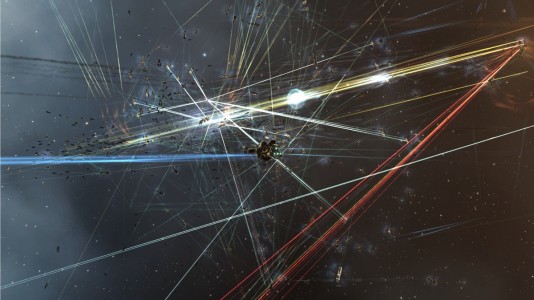 Imperium forces initially held their ground in what looked set to be a battle of attrition with piecemeal losses on both sides. However, as numerous small groups of Money Badger Coalition reinforcements entered system to join the fight the Imperium was unable to keep pace and losses began to mount. By 22:00 a turning point was reached and those Imperium ships that could began to flee. The Imperium battleship fleet received a fleetwarp which, while it allowed the untackled logistics to escape the field, left the battleships which were tackled by four separate T3 fleets to die.

Fighting lasted a little over one and a half hours, not least due to the effects of 1% time dilation. By the end of the fight on the Karjataimon gate cynos which had been lit to bridge in MBC fleets were only just ending. By 22:40, Imperium fleets had been completely driven from the field, having lost 363 of their 776 ships at a substantial cost of 84 billion ISK in ships and a further 20 billion ISK in citadels. The Money Badger Coalition proceeded to loot the field, with pilots reporting spoils of 50 – 100 million per person. Money Badger Coalition lost a total of 233 ships and an estimated 37 billion ISK during the engagement. Despite incurring heavy losses both in ships and money, Imperium were however successfully able to online a medium-sized Astrahus-class citadel in Saranen as the MBC fleets failed to engage it while it repaired due to coordination issues. 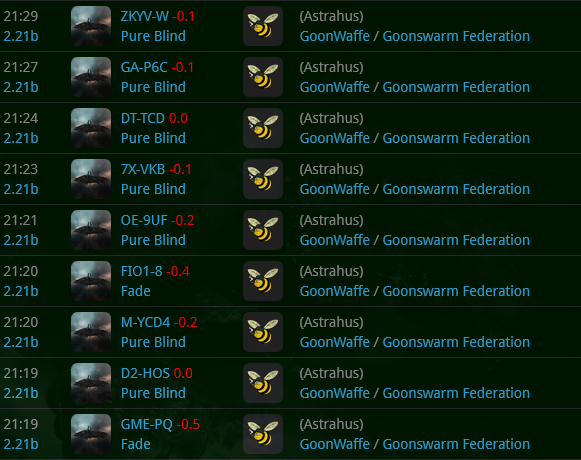 While alliance leaders will doubtless be quick to play down the impact of May 17th, it remains to be seen whether the Imperium will be able to keep their sole surviving Astrahus citadel online, after having paid such a high price. With the Imperium having all but disappeared from nullsec sovereign space, their pilots may be wondering just how long losses of this magnitude will remain sustainable. None the less, despite a string of defeats, Imperium linchpin Goonswarm Federation has surprisingly maintained its unrivaled membership of 16,000 pilots throughout the war. The Battle of Saranen has demonstrated that the Imperium still has both the capability and the mentality to deploy large fleets, despite some accusations to the contrary. It has also demonstrated that Money Badger Coalition has the ability to engage multiple large targets in a coordinated manner, while simultaneously fighting a full scale engagement.