FDZ4-A system, Geminate region. On the 6th of March at 21:30 EVE Standard Time, Pandemic Legion [-10.0] forces with the aid of Northern Coalition. [NC] managed to annihilate three hostile fleets in the system.

The battle was prompted by a 110 pilot Pandemic Legion Proteus strategic cruiser fleet which was making its way back to its staging system after reinforcing towers in the Vale of the Silent region. The fleet had extracted its dreadnoughts when scouts reported on Imperium and Drone Regions Federation (DRF) movements.

With a chance for an actual fight, the Pandemic Legion fleet commander decided to linger in the region, the fleet stopping in the FH-TTC system and waiting there for the hostiles to form while holding position on the H-5GUI gate. However, as information of the number of fleets and their pilots filtered in, the Pandemic Legion fleet commander decided to move the fleet to the nearby system of FDZ4-A system, where the fleet had an option to dock up in case the hostiles brought an overwhelming force to the field. 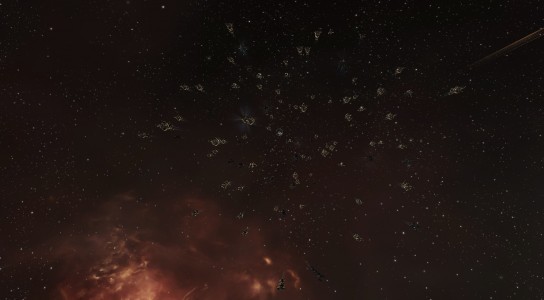 As reports came in of the DRF forming a 110 Drake battlecruiser fleet while the Imperium had assembled both a Hurricane battlecruiser fleet and an Eagle heavy assault cruiser fleet, the Pandemic Legion fleet prepared to engage them, setting up on the FDZ4-A IX Moon 6 Society of Conscious Thought School station while calling for reinforcements.

Contact was also established with Northern Coalition. which quickly formed a 75 pilot Proteus fleet of its own and using the wormhole network arrived in range of the system, holding on a titan supplied by Pandemic Legion and waiting for the signal.

At the same time, Pandemic Legion bridged in its own reinforcements while preparing triage carriers, swelling its fleet to nearly 150 pilots. This force continued to sit on the station grid, as reports came in of the hostile fleets moving in and converging on the system.

The first to arrive to the system was the Drake fleet, which attempted to warp on top of the Pandemic Legion fleet only to see it warp off to a ping on the grid. The Drake fleet quickly dropped defensive bubbles, signaling it was not interested in chasing the Proteus fleet. Pandemic Legion then maneuvered on the grid before warping near the Drakes, both sides opening fire and starting the battle proper. 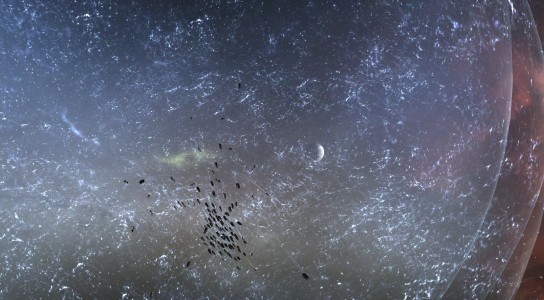 The first exchanges were brutal as both sides fought at close range, the Proteus fleet anchoring up and quickly burning towards the Drakes. One after the other, the battlecruisers simply melted by the strategic cruiser volleys as they attempted to return fire.

As the two sides continued to brawl on the station, the Drake fleet losing mainline ships in rapid succession, a cynosural beacon was lit close to the two fleets and into the system bridged the Imperium Hurricane fleet. 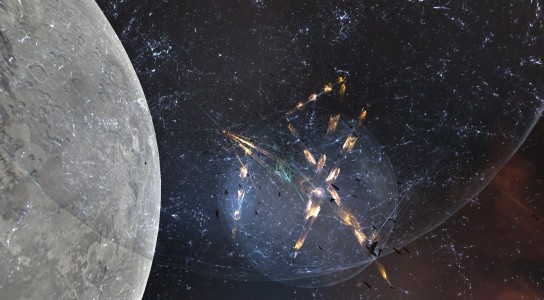 With the addition of the triage carriers as well, the Pandemic Legion fleet was able to tank most of the incoming damage, whats more the damage output on the field greatly lessened as battlecruiser numbers diminished rapidly due to the work of the two Proteus fleets.

At the same time, Pandemic Legion’s bomber wing made its presence felt on the field. The stealth bombers descended upon the two battlecruiser fleets, which had crowded around the Pandemic Legion fleet, and unleashed their deadly payload. Instantly, dozens of battlecruisers were simply vaporized by the explosion, removing a large chunk of the hostile force. 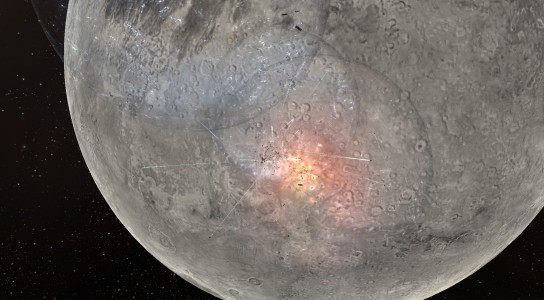 A Bomb Wave Hitting the Remnants of the Battlecruiser Fleets

By this point, the two battlecruiser fleets were utterly spent, having lost most if not all of their pilots in the melee. Those that could simply ran away as Pandemic Legion and Northern Coalition. busied themselves with clearing the field and tackling whatever they could.

The battle should have ended there, but as the allied Proteus fleets were still in the process of eliminating stragglers, the Imperium Eagle fleet finally arrived on grid. The fleet had perched up, coming too late to aid its allies. With the prospect of tackling two Proteus fleets head on before it, the Eagle fleet decided to attempt and withdraw.

With the only recourse available to it was to take its chance and jump into the MR4-MY system and attempt to escape, it did just so, followed closely behind by the Pandemic Legion fleet. The Eagles quickly found themselves bubbled on the other side, the Proteus strategic cruisers de-cloaking with them and burning after them, spreading their warp scramblers across the fleet.

Outnumbered and outgunned, the Eagle fleet tried to burn away from the strategic cruisers and warp off. However a large chunk of the fleet was tackled by this point, with Northern Coalition. jumping in as well and joining the fray. Unable to offer even a token resistance, the Eagles were simply destroyed at a increased pace as the two Proteus fleets focused their fire.

Thus hostilities between the two sides came to an end.

The Battle from the Perspective of the Pandemic Legion Fleet

Battle report for the FDZ4-A and MR4-MY systems can be found here.

All told the battle lasted 40 minutes with Time Dilation spiking in the middle of the fight, reaching 70% before quickly subsiding. The system at the height of the battle hosted approximately 650 pilots.