The battle was sparked, once again, by Project.Mayhem reinforcing a tower owned by Circle-Of-Two. With the tower coming out of reinforce today, both sides prepared for a fight.

The battle was brutal, with both fleets fitting their Machariels with auto-cannons for a close-range brawl. Machariels on either side were simply torn to shreds as the fleets attempted to annihilate each other. However, the sheer numbers opposing Project.Mayhem. caused them to lose their fleet commander, as well as overwhelming their logistics wing. 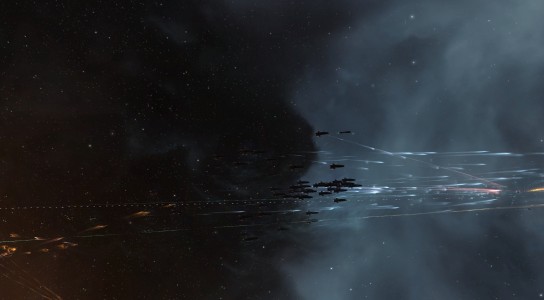 One of the Machariel fleets burning in to engage on the tower’s grid.

Project.Mayhem. attempted to stabilize itself by bringing a triage Archon carrier to the field, but it was a futile gesture. With several Circle-Of-Two Bhaalgorn’s s on the field, the capacitor warfare pressure was immense, shutting down the triage carrier’s remote repairers as well as its local tank. Unable to even activate its hardeners the Archon was quickly destroyed, forcing Project.Mayhem. to retreat. 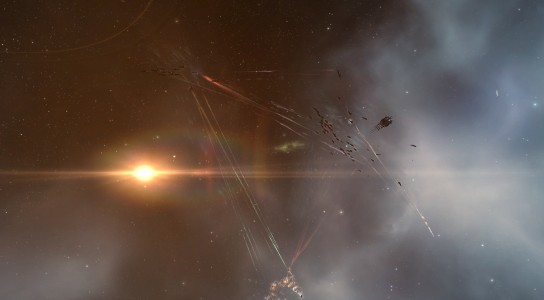 Fighting on the Nalvula Gate 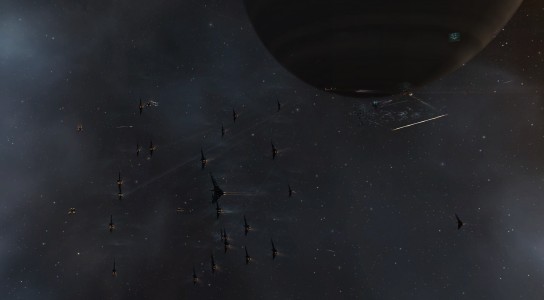 With Project.Mayhem. gone, Pandemic Legion knew it could not contend with the Circle-Of-Two fleet alone, instead choosing to withdraw, allowing Circle-Of-Two to claim victory both of the field and the objective, rescuing its tower.

All told, the battle lasted 90 minutes with local remaining around 200 pilots and Time Dilation not reported by any of the participants.