CCP announced an idea they are not yet committed to: Skill Grafting. Peeling skillpoints (SP) off one character and packaging the “stem cells” to be consumed by another character, at a price set by market forces. Are we the new Drifters, digging up the corpses of old alts to recoup their knowledge and package them for new bodies? If so, great. It’s all very vampiric and sci-fi, very EVE. I can’t help but recall the movie Logan’s Run, where everyone over 30 is discarded in a renewal ceremony involving a carousel (see image below).

What CCP is Proposing

Essentially this concept is an upgrade and a co-opting of the current Character Bazaar found in the EVE forums and third-party websites (EveBoard, EveCharacterSearch). They serve as a sanctioned marketplaces for EVE characters, but the process is intimidating and some players do not now how to buy and sell characters. CCP wants to change that.

If this goes through, a player may acquire (through Aurum) a “Transneural Skill Packet” which is a container for skillpoints. You must drain off 500,000 skillpoints from your character, presumably from skills you do not want. That creates a 500,000 skillpoint packaged commodity that you can use or sell to other players.

Consuming a skill packet gives you the skillpoints to allocate as desired. However, this has diminishing returns for more experienced players. The higher the consuming character’s current skillpoint total, the lower the effectiveness of the packets, scaling until anyone over 80 Million SP gain 1/10th the SP value of the packet.

Clearly this will help new players get into the game faster, as did the recent SP changes giving new characters 8 times the starting SP (from 50,000 to 400,000). This overall a few benefits:

The reactions from veteran players was swift and mostly negative with CSM after CSM disavowing the idea, and players reciting a firm but polite “please don’t do this.” Most objections center on fears of the pay2win gaming model creeping into EVE, even though ‘winning EVE’ is a vague, amorphous goal. Unlike other games, EVE has a split grind between equipment and skills. You can grind for equipment, but skills work differently – you have to wait no matter how much ISK you possess.

The waiting protects the value of skills. CCP opted to make the gameplay wide, not deep. The model was supposed to help new players compete by specializing first, then spreading their wings to other parts of the game. Impatient players get around this by buying alts and using multiple accounts. Ultimately the Character Bazaar was created to decrease the temptation of players to buy and sell characters for real dollars.

This model also protects the investment of time and money by loyal customers (veteran players) who have paid their subscriptions (or had others pay through PLEX) month after month. As lives get busy over years of playing, skillpoints continue to accrue, making EVE a good investment for long term players. They were not being out run by players with more time.

This is why play2win is so stirring to EVE players. It is seen as CCP pushing them aside to make more money. Even if paying for the opportunity to shift skills around is not hurting them in any way, should they choose not to participate, it is still seen as a net loss because others will gain an advantage. On the other hand, the skill sink (loss of skillpoints not redeemed at full value) may make their position that much stronger.

The benefits will be aimed towards new and medium players who can essentially get Mulligans if they skill up the wrong trees, or anyone that wants to try something new. They get a wild card to play different parts of the game without having to wait. This may have the side effect of delivering more people into null-sec, faster.

This also helps players that diversify their abilities through the use alts. Years ago, the selling point “focused skills” on a character was a real thing. Forums traded advice on how to hone perfect alts, without wasting time. But the fear of clone costs played into that. As those are gone, so is the value of being focused. Despite that, the costs of crafting an instant focused alt will be minimal and those players have deep pockets with plenty of unsubbed alts to pillage.

Criminals wanting to create an army of Talos alts for ganking may find this useful, but it depends on the costs. Then again, they don’t care about costs. Their rewards are measured in tears harvested by agony inflicted.

Spies, thieves, awoxers can “renew at the carousel” by draining their skills into another clone, allowing them to be biomassed and forgotten. EVE is less real when players can slip away from accountability, but that is a tall order for an internet game in the first place. 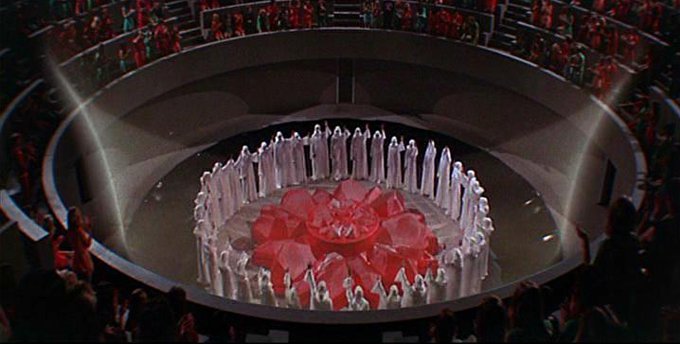 One of the driving forces in EVE players is optimization. Name, Skills and Corporate History are permanent markers and mistakes made in these areas follow your character forever. This makes it important to get those right from the beginning. Countless players scrapped 3 month old characters to start over to get it right; right name, right skills, and right corporations. The care taken to get the skills right has lost value. Remember alarm clocking to change a skill? Remember the urgency of slotting a level 5 skill before patches. All that effort is valueless now.

Some players may see more pressure from their leadership to get them to fly what the alliance wants. Finally, FCs will get enough logi in fleet! The pressure in general to finely hone a main character may force choices that players would rather not make. Removing old skills is like removing memories as well as future opportunities.

Finally, character farmers like this guy: Selling 50 Dread and Carrier alts will be out of business. All the alts were born on the same date so this was someone using the unlimited skill queue to farm. This market will lose some value, but high-end, specialized characters will still be valuable, even as starting points for improvement. We might see more movement of strip-worthy characters sold for their parts (skills).

It is all going to depend on the prices, but ultra-wealthy players may keep the price artificially high for some time, icing out the value for new players that want to get ahead.

The proposed update to the Character Bazaar is a bold move from CCP, but it comes with some sadness about EVE’s changing gameplay. New players deserve every advantage to get involved and make their mark as fast as possible. This will definitely help keep their interest up, and no one would complain about more targets in combat zones. That said, the game we started was rough and hazardous. It challenged us to aggressively learn to do it right. Personally, I gently rocked my infant son with one arm as the other turned the pages of Halada’s Guide to Mining.

Maybe EVE is too real and life changes. The young come with advantages we built for them by doing things the hard way, and now we should do the right thing and age-out. Thing is, some of want to stick around.