On the 27th of August 2015, Cadoraun, former member of The Valiant Vanguard [VALVA], Voliton Cult alliance lost his battle with PTSD. He had served in the US Army in Iraq in 2008-2009. Cadoraun was an active member in PVP fleets and a respected member of VALVA. 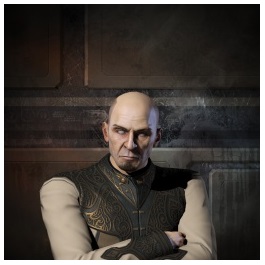 Cadoraun came to play EVE through real life friends after hearing about the battle of B-R5RB. The battle of B-R5RB was a massive event in EVE history and also made its way into mainstream news. The politics leading up to the battle and the amount of ISK destroyed fascinated Cadoraun. Cadoraun joined EVE and joined his real life friends in a corp in high-sec, where he learned EVE the classic way; mining and missions in high-sec.

How to get a high-sec miner into null-sec: “You can come out here and mine all you want – we’ll protect you”. “We got the Y-M warriors to protect you.” Colonel Horatio Nielsen, VALVA.

“I made a fleet and I think we whelped the entire thing, but Cadoraun got his first killmail and he was hooked.” Colonel Horatio Nielsen, VALVA.

At 20.00 EVE time on the 13th of September, Volition Cult and Provi-block formed a NAPOC memorial fleet in honor of Cadoraun. Blues from all over joined and there were also a few reds that previously had flown with or against Cadoraun. The fleet started in F-Y and moved to Y-MPWL. Y-M is the home system of VALVA and the Y-M Warriors. All players met at a POS, where a carrier from the alliance with Cadoraun’s skiff inside had been placed under the POS shield. At 21.00 EVE time, the POS shield was disabled and the carrier was given a viking funeral by the fleet. Cynos were lit and a 1-minute silence on coms were held. 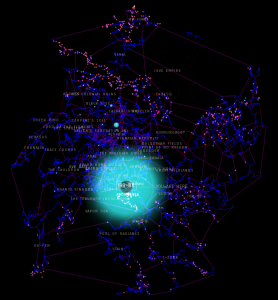 Cadoraun’s brother and RL friend created accounts to be able to join the memorial fleet.

“John, Cadoraun didn’t have a good upbringing, but I believe the military gave him something positive to work with”. “He was such a good talker”. “He was always very enthusiastic about games”. “My brother would talk about factions and politics in EVE and great battles, but I never understood anything of it”. “It has been very overwhelming seeing the support from the community in EVE”. “We are so grateful for all that has happened”.  MPGrunt, Cadoraun’s brother.