We knew that Black Legion. was going to disband, however where their members would be heading was only speculations. Lets take a look at where people went!

Lets start with Elo Knight, who lead Black Legion for about 6 years through its ups and downs. Many people would agree with me if I say that Elo Knight was the person
who got Black Legion’s name on the charts, however he according to all the posts was also the guy who got the disbanding of Black Legion in motion. All things aside Elo Knight seemed to have found his new home
in a known lowsec group called: Snuff Box 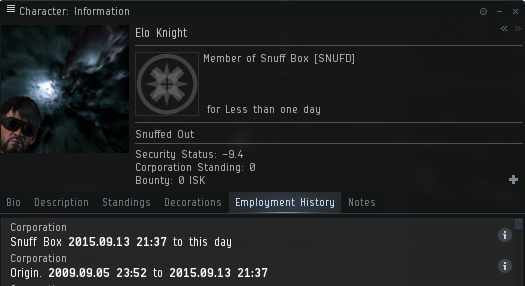 The other person, who’s name was mentioned in a lot of the recent drama in Black Legion, called Ipsimus created his own corp, Carpe NoctemDOT. Old time & known Black Legion member such as Dog0fWaRR, Fire Elf and Nex Gaius have chosen to join this corporation and it seems that the corp now mainly consists of ex Origin. Members. Many joked about Black Legion members joining their old arch enemy, Pandemic Legion and it appears that this joke is true. 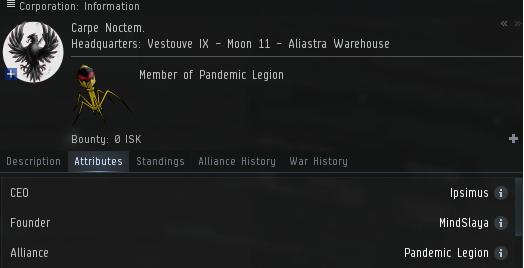 Continueing looking at the Black Legion. Corporation list it seems that 7 corporations, have decided to create a new alliance under the name of ”The-Culture”. This Alliance seemed to have taken over 8 systems in Fountain, and they seem to have chosen that region to rebuild themselfes into a strong Alliance.

What do you think about the choices? Let us know in the comment section below!
@BobmonEVE