Mordus Angels and Out of Sight. Destroy Imperium Ragnarok and Wyvern in Capital System of YA0-XJ

Goonswarm Federation has often dismissed the efforts of Mordus Angels (MoA) and Out of Sight (OoS) as being ineffective and “only ever killing AFK ratting Isthars.”  These attempts at damage control become less and less justifiable in the face of mounting Imperium losses at the hands of MoA and OoS. The CFC has been regularly using capital assets to overwhelm the smaller MoA/OoS incursions into their territory. Previously the Imperium lost a number of capitals in the system of D7T-CO.

MoA and OoS then went to work setting up an ambush in Goonswarm’s very own capital system of YA0-XJ. They used the new entosis modules to harass the system’s station. Knowing they would drop caps, they also set up various drag bubbles. The Goons warp a Ragnarok to their station in an attempt to ward off the MoA/OoS attack. As the Ragnarok lands in the bubbles, it quickly aligns out and attempts to get away. Its smart bomb cycles hoping to destroy the Intredictor tackle keeping it pinned. For a brief moment one of the bubbles keeping the Titan tackled vanishes only to have another go off seconds later.

If panic has not yet set into the pilot, it has certainly made a home in their mind as OoS dreads warp in landing in the bubbles at the Titan’s 10 and 11 o’clock. A redundancy of hictor bubbles sprout up and any notion that the Titan may have been able to escape by itself ceased to exist.

Local begins to climb as the opening salvos smash away at the Ragnarok’s formidable shield defenses. Imperium reinforcements cyno in as the Titan hits 10 percent in shields. An Imperium Avatar lets loose its ravaging doomsday sundering a OoS dreadnaught, but to no avail, the Ragnarok is already in structure and quickly drops further. As a second doomsday goes off, this time an azure beam from a Gallente Erebus, but it is all for nothing as the Ragnarok’s death is claimed as trophy by its assailants.

Sentiments of joy flush across comms for the attackers, while the Ragnarok’s comrades seek to exact whatever punitive justice they could deal. A third Imperium doomsday scorches the sky finding its mark and as more Titans and heavy Imperium reinforcements arrive, swelling local to over two hundred. A fourth Imperium doomsday strikes its target in conjunction with a fifth and sixth following quickly behind.

The OoS dreads, knowing there is no escape, attempt to take another Imperium ship down with them. The initial attempt on an Aeon is abandoned as the super hits 90 percent armor. Instead a Wyvern that is closer to the dread’s awesome arsenal is chosen. Its shields are quickly stripped away quickly meeting the same fate as the Ragnarok it attempted to help save.

A second Imperium cyno it lit signaling the MoA/OoS force to extract what was left of their fleet. 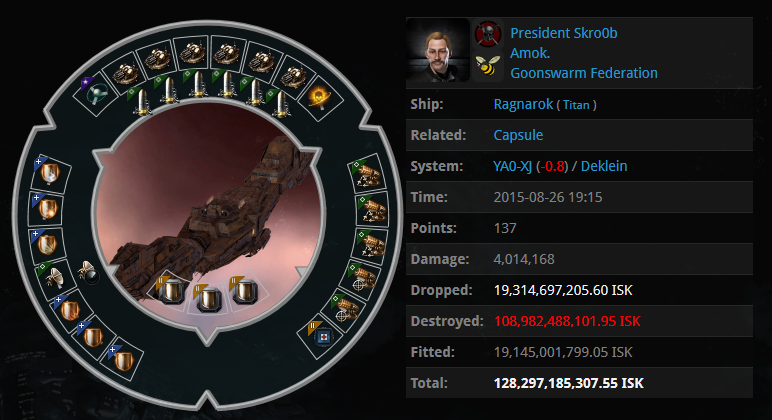 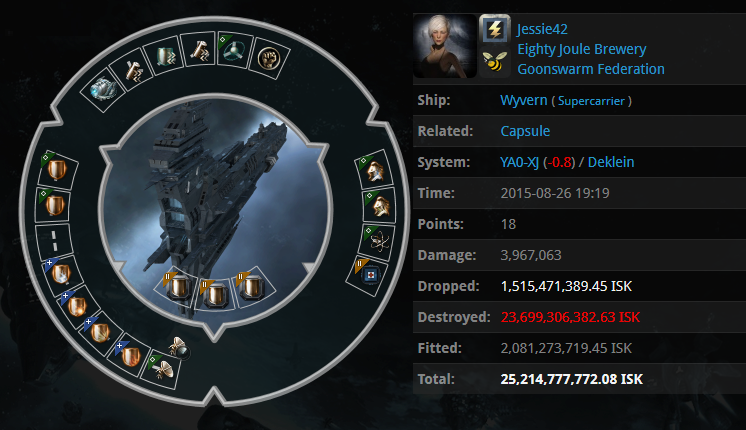