Massadeath is a member of the leadership alliance of Mordus Angels (MOA), and CEO of his self named corp, MASS A DEATH. 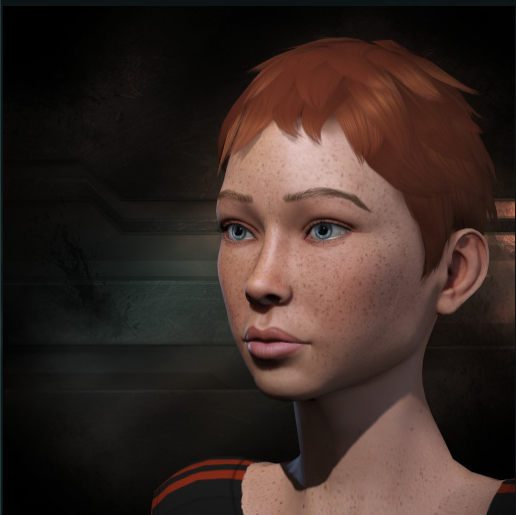 Massadeath joined EVE back in 2004, after seeing it in stores for over a year, he finally yielded to temptation and bought the game. Believe it or not, a lot of major PVPers started life in EVE as carebears, and Massadeath is no different.

“The first thing I did when I started playing was mine, and mine, and mine some more. Finally, I met someone in an asteroid belt mining in a battleship.This was in a time when specialised mining ships didn’t exist, and the EVE universe, as always, was full of scammers. I was lucky, and ended up mining in 0.0 space. but nothing felt truly exhilarating to me until I tried my hand at PVP. Just like everyone else, in the early days, I wasn’t great at PVP, but practice reaps its own rewards.”

Before joining MOA, Massadeath was a high-sec war deccer. but says that Marmite Collectives style of gameplay, station camping new players, was just not for him. When he saw MOA gate camping in null in 2012, he asked them about signing his corp up. Gen Eve, the infamous leader of MOA agreed to give them a trial run, and Massadeath, and his corp, have not looked back since. They have grown to become a close knit PVP group that thrives in fighting overwhelming odds.

“We face vastly higher numbers of enemy and come out ahead, we take the harder road in the game, and it’s nice to see we can stand against the many.”

I asked he feels is the biggest difference between EVE in 2004 and now.

“I think the biggest differences are the level of organization for corps and alliances. Today the large alliances have  IT groups to keep the ts3, forums, jabber, skype, links to smart phones and meta gaming DDOSing. The RMT of the game has drastically changed the landscape of the way EVE is played. I think the greatest change is the lack of solo PVP. And the restriction to entry into null sec. And of course the Mega coalitions, I would love to see an EVE where alliances fight and the mega coalitions don’t exist.”

He believes the most important things about managing a corp are setting standards, and addressing issues right away.

“If you recruit a troll, you have to remove the cancer right away, or it spreads. Our alliance also has written policies in place against trolling and abusive players. We have actually kicked 2 corps due to this, and they were good PVP corps. We also have quite a few women in our corp as well, and I think these standards and policies make it easier for them to be in the corp and alliance. It also makes for a nice experience on comms, and in chats, when it’s not like a high school.”

He states the primary focus of his alliance is

“Seeing the fall of the Imperium, we operate on a NBSI policy, so any neuts that happen our way are also targets, and I believe that MOA stands out from the crowd because of this. We are unique, unlike other PVP groups that have the CFC set red, we live in the middle of the Imperium, and on a daily basis, attack and harass them with good effect. We fight vastly outnumbered, and have been able to thrive. We have policies in place against trolling and player abuse, and it is enforced. We also get a SRP program funded by the infamous Gevlon Goblin, that is based on how many Imperium capsuleers we kill. We hit vastly above our player base, and are consistently in the top alliances on zkillboard, using guerrilla tactics to great effect.”

When I asked him about the reason MOA are not part of a coalition, he thoughtfully replied

“This is a good question, and also defines why the CFC has become the last standing intact power bloc. We have blues like everyone else does, however the only group in the game that has been able to sustain its power bloc has been the CFC..sorry “Imperium.” If the other groups were able to get together they would be able to fight and defeat the CFC, however there is no cohesive force that can bring them all together. You Have PL, more interested in super hunting, and shooting Brave newbies. NC, S2N, ect ect have all dissolved into being farmed, the south is ablaze. BL and TRI have left to do their own sov thing. And the Imperium to their credit, have had the foresight to condense and fortify their space in the north away from any potential threats.

With a great buffer zone of meat shields, like SMA and TNT..and the new renters they will be placing in Pure Blind. Until the other power blocs come together and actually move into a position to attack the CFC, it’s going to be a stalemate. And it’s with the end of this stalemate we will see end the stagnation of EVE itself. Unless the other groups are willing to lay down the cards, not much will change in the near future, solidifying the stalemate,and perhaps the end of EVE.”

It would appear that Massadeath, and by extension MOA, see themselves as the truly unsung heroes of EVE, fighting in the middle of the Imperium against its full fury, but what is your opinion on Massadeath, and Mordus Angels? let us know in the comment section below!