Yesterday, Code and some allies destroyed hundreds of ships in Uedema making it the most violent system in New Eden for the day. In a 24 hour period, 2,157 ships were destroyed, including Code’s Catalysts and Brutix gank ships. Tens of billions of ISK  was destroyed as Code hammered jump freighters,freighters, Orcas, Industrials, and any other ships that got in their way.

The system is a well known choke point for traders between Caldari/Amarr and Gallentian/Minmatar regions. Hi-sec gankers regularly attack Uedama due to its feeble .5 security status and its unique status as the only required system to travel through between the major trading areas.

Code ramped up their activity in the past two days by 100%, from an average of 15-18 freighters per day to 30+. Most if not all freighters were auto piloted and bumped by Macherials to hold them until the ganking ships were ready. 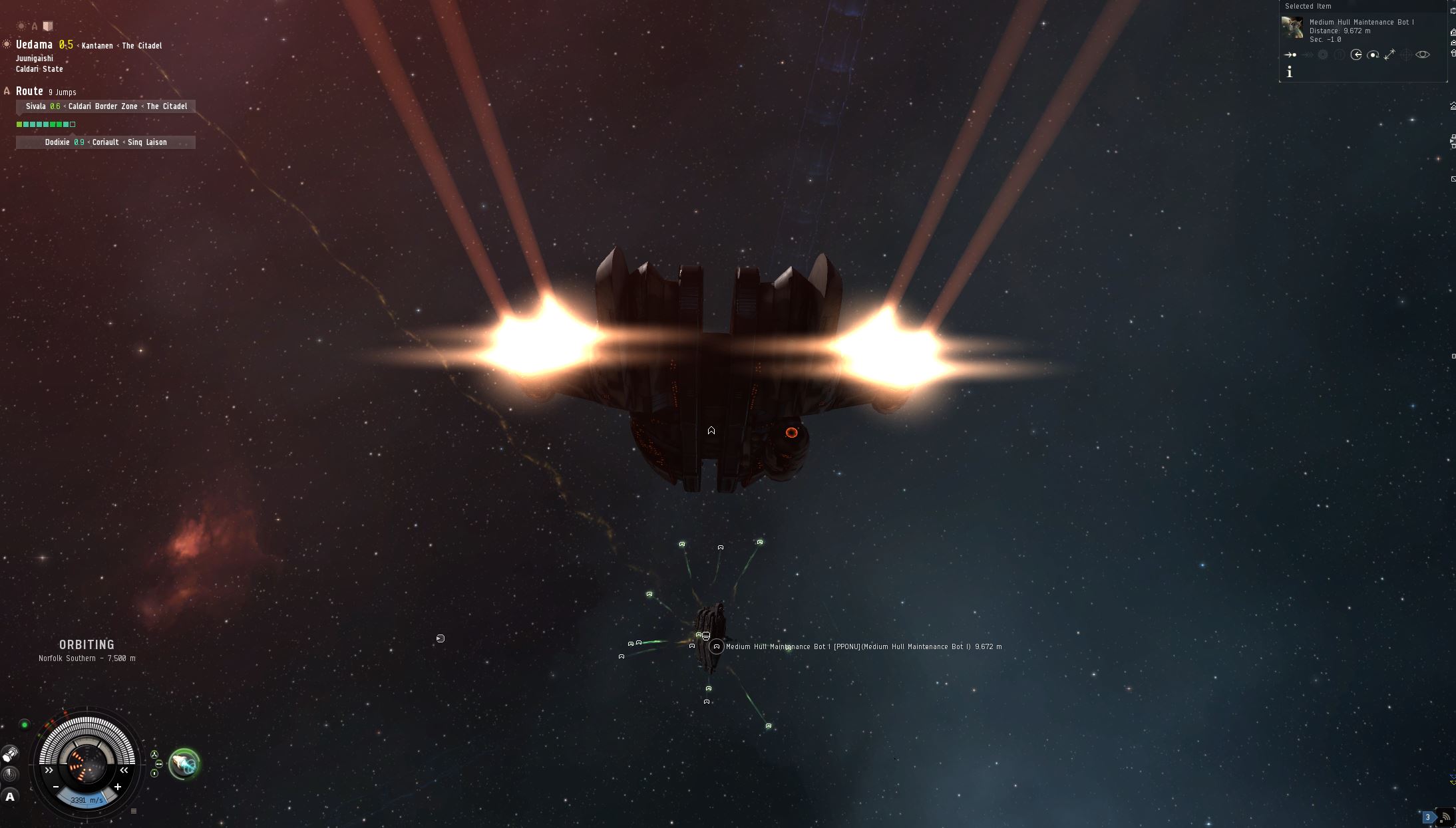 Concord is a retribution force, not a crime stopping one. Their response was swift and deadly but not a deterrent. Gankers have stockpiles of ships in local stations and see their ships as consumable equipment not meant to last. The only protection AFK piloted freighters have is through the goodwill of players that repair the them before they explode. In the process robbing Code of the kill while Concord pulverizes the offenders. As an additional deterrent, anti-gankers destroy the loots dropped from the victims, to make the successful kills less profitable. 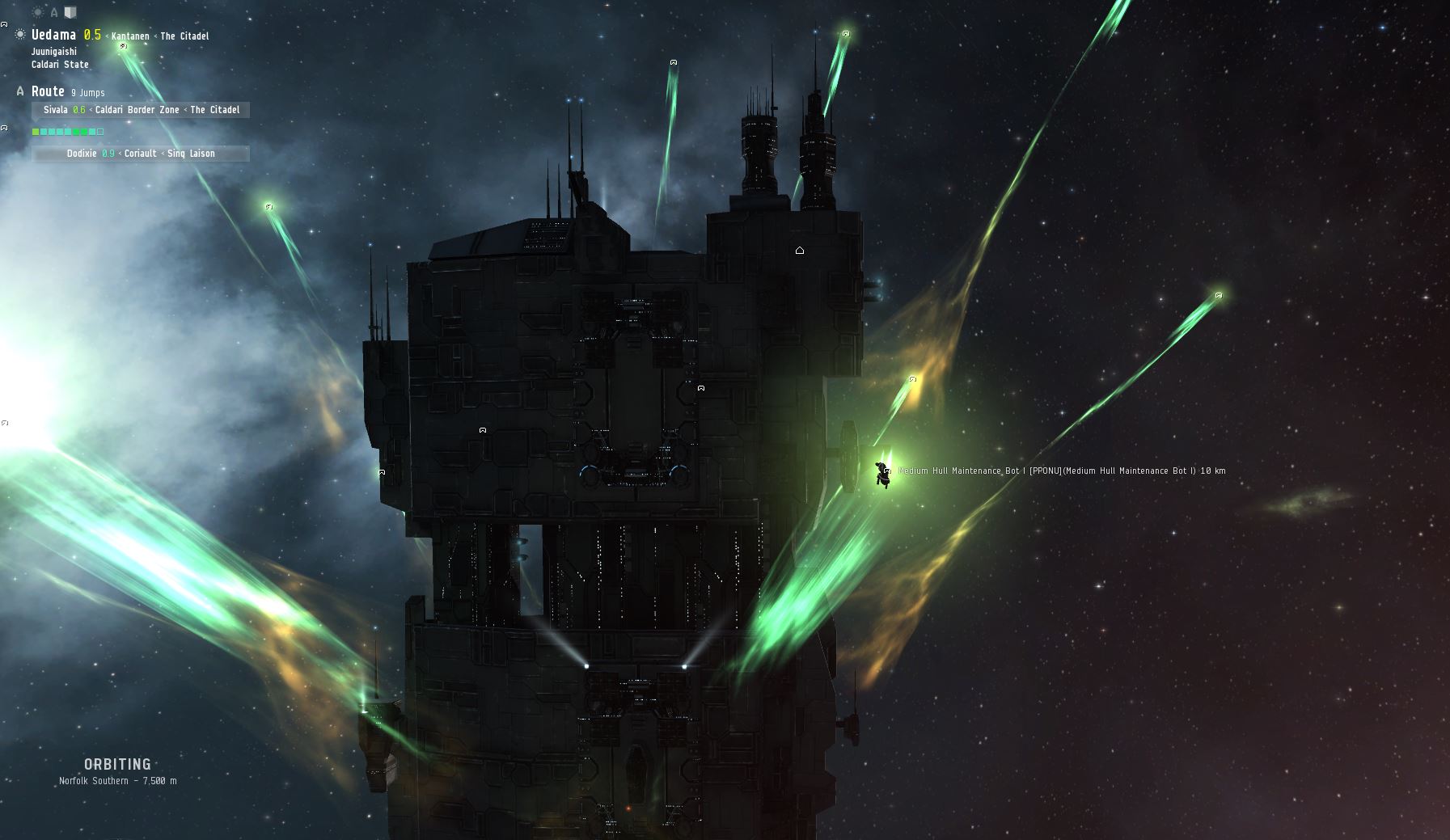 EN24 went to a live stream published by NewOrderGamis for part of the attack, where well over 100 viewers tuned in live to see and hear the attacks from Code’s perspective.

Code has recently seen an upsurge in members, meaning more days like this one are in store for New Eden’s trade space lanes. Sometimes the most deadly place in New Eden is not outlaw space, but the heart of the civilized empires themselves. 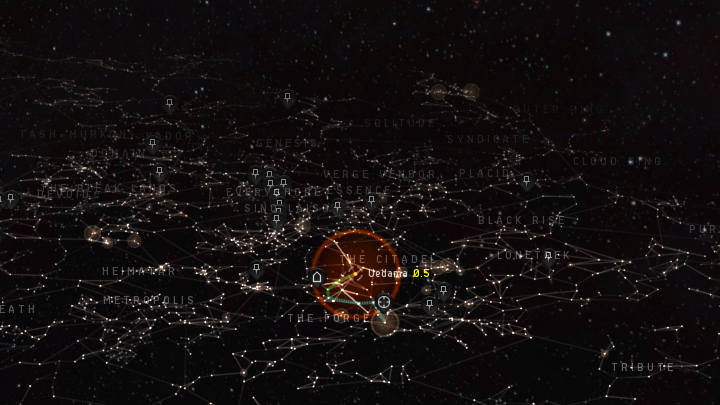