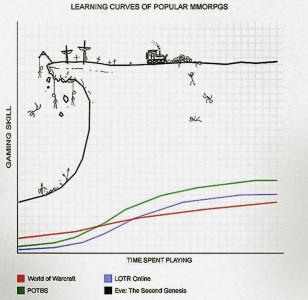 I have been playing Eve for roughly a decade. When I originally started this game, I created a trial account under the advice of a friend and some beverages that impair cognitive thought. Two hours later I stormed away from my computer completely confused and lost as to how this game worked.

The next morning, I nursed my headache and tested the waters again. I started learning the game, reading the forums, and began my Eve journey. This was back when Amarr were the “worst” race in Eve. Interceptors could easily exceed 20km / second. Nos Domis were feared. You could travel through null sec and see “Unclaimed” in many of the systems you traversed. Jet can mining was huge. The Drake could passive tank the world, and Doomsdays were grid wide rolling doom.

Why do I bring this up? Eve was hard. It was a dark gritty game, in which one had to work to accomplish something. I mined in a Tormentor (it had mining bonuses back then) to be able to build my first Coercer. Eventually I learned missions, and carebeared in high sec. I remember getting my shiny new Harbinger, thinking I was a beast and jumping into Tama because who could kill a battlecruiser. Yes, that did end as one would expect.

Eve was not safe, it was a harsh world. Every thing that was done was risk versus reward. Over time, Eve has changed, and become risk adverse. At first glance this does not seem to be the case. People still risk ships on stupid ideas or run around blowing things up for no reason. Billions in killmails still occur. Pilots undock with PLEX and get ganked.

Yet, the culture as a whole, has indeed changed. An individual pilot will still go out and do something tremendously risky. Yet these pilots make corporations, which in turn join alliances, who then jump into coalitions. They band together for safety, and start to lose the risk taking side of Eve. It becomes about safety, profit, and dominance. There is very little risk in what people are attempting now in Eve.

Look at the influence map. N3 went after Fountain. Risky move at first glance since it helped bring about the downfall of their coalition. How much was really risked though, nowhere near was the full might of the N3 brought to bear. Too many rental regions and homes were at stake. There was no full measure of getting involved. The groups did not truly commit and want to risk. When it went badly, people ran to their “safe” areas and left the remains to be slaughtered and burned. SOV was lost, but the assets were never truly on the line, the super fleet was never fully applied, and committed to the idea of actually taking Fountain. Fights were avoided when the risk of real assets (not talking about SRPed T3s) could have been completely wrecked overall. Losing a handful of T3s or capitals when the group has billions upon billions of isk is like throwing a penny in the wishing well. Why weren’t the hundreds of supers thrown into the mix? Risk adversity. 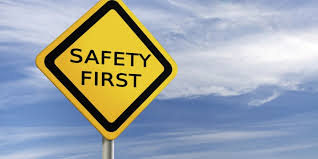 Groups rarely turn on each other. The CFC is huge, massive numbers of pilots and alliances joined together for defense. Why? There has to be a point when the game stops becoming fun. Is it after the 10th titan, the 100th titan, the 1000th? At what point do those wallet numbers become meaningless? Why own so much space if there is nothing to be gained from it anymore?

Why do people not break away from these huge coalitions? The fear of losing the safety, isk, and other in game assets drive people away from doing this. This concept of minimizing risk has lead to where null-sec was stagnate for years. The “Fozzie-Sov” has obviously stirred things up tremendously, but instead people are trying to build small NIP style coalitions across Eve.

Not only is Eve becoming risk adverse, but it is also becoming entitled. Players and groups feel they are deserved things whether that is the case or not. SRP is an amazing example of this. It did not use to exist. Believe it or not, there was a time in Eve when people would be willing to undock and fly a ship into PvP, even though it might die. It was not required that Ship Replacement isk was readily available to hand to them so they can buy a new ship. Instead pilots were, GASP, individually responsible for their own income.

Players would rat, mine, and ransom people to make isk. It was not expected that someone join a corporation, be handed the skills and tools to do what they want to do, and have their ships replaced. Where does this sense of entitlement come from. When did Eve change to become about this way?

Players seem to think that space should be accorded to them. The “ownership” of sites, anomalies, moons, and various other pixels in Eve are not a guaranteed thing. Eve is a game where a player should fight for what they want. It used to be this way. I remember fighting Scalar Federation for some of the worst space in Eve out in Pure Blind. It was POS warfare where we spent hours towering moons left and right trying to take the space. We never felt we should own space simply because we wanted it. We went out, fought hard for it, and eventually ended up being driven out.

Null sec markets, players assume if they want it, an item should be out there. Logistics be damned of moving Jita out to the middle of nowhere. Fuel costs, why is that factored into it? Markups on items, no way, shouldn’t happen. Where do these attitudes come from?

Eve has changed from a self sufficient dark gritty fight for everything world, to a land of hand holding, rainbows, and sunshine. The bigger groups run and fight small time entities rather than wage war on each other because there is a chance of losing. Alliances are afraid to disembark from their safety net and try something new. Corporations run to the guys with the biggest guns in order to provide “stability” which in turn drowns content.

Fozzie SOV may change this. It is possible with newer style SOV system, upcoming structures, and combat differences this safety net could possibly be broken and Eve returns to the old world of groups everywhere fighting for what they want instead of agreeing to not attack neighbors in every direction for thirty jumps. Players may not be afraid to risk their assets for a goal or objective. One can only hope but, time will tell. 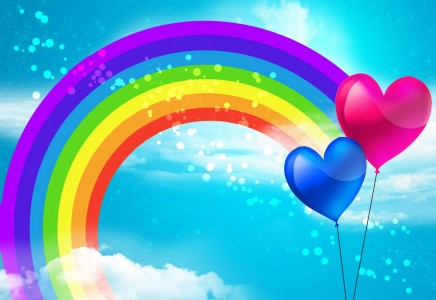