“I will never openly talk about this, its damning” – the Broker

Inside the brightly lit corridors of power at Brave’s coalition headquarters, a mysterious capsuleer walked straight into diplomatic circles. Adeptly, he consolidated influence, manipulated corporate CEO’s and brokered a democratic vote that ultimately usurped power from the popularly elected head-of-state.

There were many moving parts and many players in this this conspiracy. The broker navigated through them all using fear and sweetness in equal parts. A vitol figurehead, deposed, shackled with disbelief, escorted away to the gallows of has-beens. All his plans with him. The broker was content, having positioned himself to do what few others could after years of proven loyalty – all in one month.

The coalition of capsuleers, already in chaos, fell back to low-sec, smashing right into the middle of a giant war between two of New Eden’s superpowers: The CFC and N3 were slugging it out as they disintegrated into the winds of EntosisSov. The old ways were finished and the new heirs of null-sec, Brave, were too young to take the reigns.

Within days a counter campaign exploded from the players and the leader was reinstated just as the ceremonial transition of power was to happen. A new day for Brave, but the future of the coalition… far from certain.

The broker’s motives are known only to him. 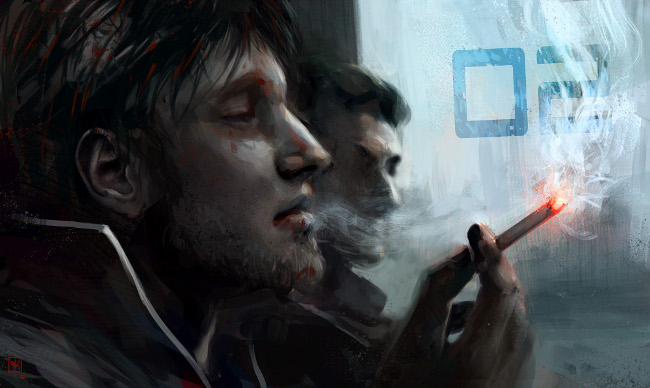 He might have been sent by the spymaster Mittani to infiltrate, overthrown and steer the fighters to Goonswarm’s interest. After all, Brave did land in Defsunun putting 15,000 pilots in a tight corridor that divides it’s enemies in half, reducing N3’s ability to fight unified, which resulted in the loss of Delve and marked the complete dissolution of the entire N3 coalition. That would have been a master stroke unlike any seen since The Mittani co-opted Haargoth Agamar and dismantled the juggernaut Band of Brothers.

But the broker denies this:

“The real stories regarding cfc spies are the ones you will never know. The fact that you think you have uncovered some story is proof that you have not.” – the Broker

Another theory, one that puts the broker as an agent of Pandemic Legion, who failed to co-opt Brave’s fighting forces as their own future needs. The abrupt removal of Brave from Catch, coincided with the creation of Pandemic Horde which is stationed in Brave’s old capitol station. Convincing estranged fighters to stay and join the Horde, or be shot dead in retreat is an effective formula for recruiting.

But the broker denies this:

Despite the many theories, when asked directly, the broker answers with his own questions. When pressed, he professes that the manipulation was all in the name of fun and to watch something burn. Sometimes people who can, just do. The smarter they are, the more wicked crime. But the broker did confess one thing, not with his words but by his tone. He reflects on Brave’s troubles in a nostalgic way indicating that the intentions to change leadership was partially born of a desire to help Brave.

Brave is full of leaders and each with an agenda. The broker aggressively collected those agendas, pushed hard, lied to many, and beguiled those leaders as he shaped those agendas into a funnel for the coup. He made claims that were false. He sacrificed his allies to climb to the next rung, with cool efficiency. He worked the back-channels until the inertia for a coup took off on its own. Then he stepped back into the shadows, allowing others jump in front of all that was in motion.

Ultimately the coup was successful, but the lack of a finishing move (kicking opposition) allowed a counter-coup to develop that brought the Brave leader back into power. He then did coup-de-grace his opposition, purging them and solidifying his control. In a way, the conspirators were more democratic than the wounded king, but that was by virtue of one good man. The man that allowed the whole thing to start by naively allowing the very talented broker into the halls of influence in the first place.

This is the story behind the stories of how Brave, a collection of 15,000 players, lost their leader after losing their way. A tale of betrayal, missed opportunities, and the painful contradictions of the living Peter Pan lifestyle in a world full of pirates.

After the famed fight in low-sec Asakai, in which thousands piled into and escalating battle, news spread out into the meta and new players piled in. Normally new players disseminate through EVE’s small new-player friendly corps, some of which are scams by CEO alts. Nearly all beginning corps are exempt from the high-end game content of sovereignty space holding.

Matias Otero and a small band of like minded newbies formed around the concept of jumping directly into the fire of no-cares pvp, wrapped up in a “stay classy” environment. This was a safe way to bypass the traditional route of learning the game and moving up the content chain, without having to suffer the internal abuse that comes with the hard knocks.

“Hello, this is Matias Otero, CEO of Brave Newbies Inc. I’ve never flown in anything bigger than a cruiser. I’ve never fitted a T2 module. I’ve never done a level 2 mission… I am also the founder of a 6-day old EVE corporation with 400 members.” – CCP Community Spotlight

Brave’s ego-less approach forbade them to take on the weight of past rivalries, killboard elitism, or local smack chat pvp. This was their magic: make fun of yourself before you are made fun of. EVE veterans say they are “terrible at this game,” but they don’t really think that. In this ultra competitive arena, a carefree facade is a defensive move. It melts away as soon as they have their knives in you. But Brave was disciplined about it, and it’s leaders managed to make it stick. Even their the EVE traditional salute “o7” was mangled “7o” to resemble something out of Benny Hill. This was their tank in a world where players feed on tears; give no tears, take no sides.

This model was a magnet for new players, and piles signed up after reading about every newsworthy battle. Brave was big business, collecting the lion’s share of bright eyed new players. 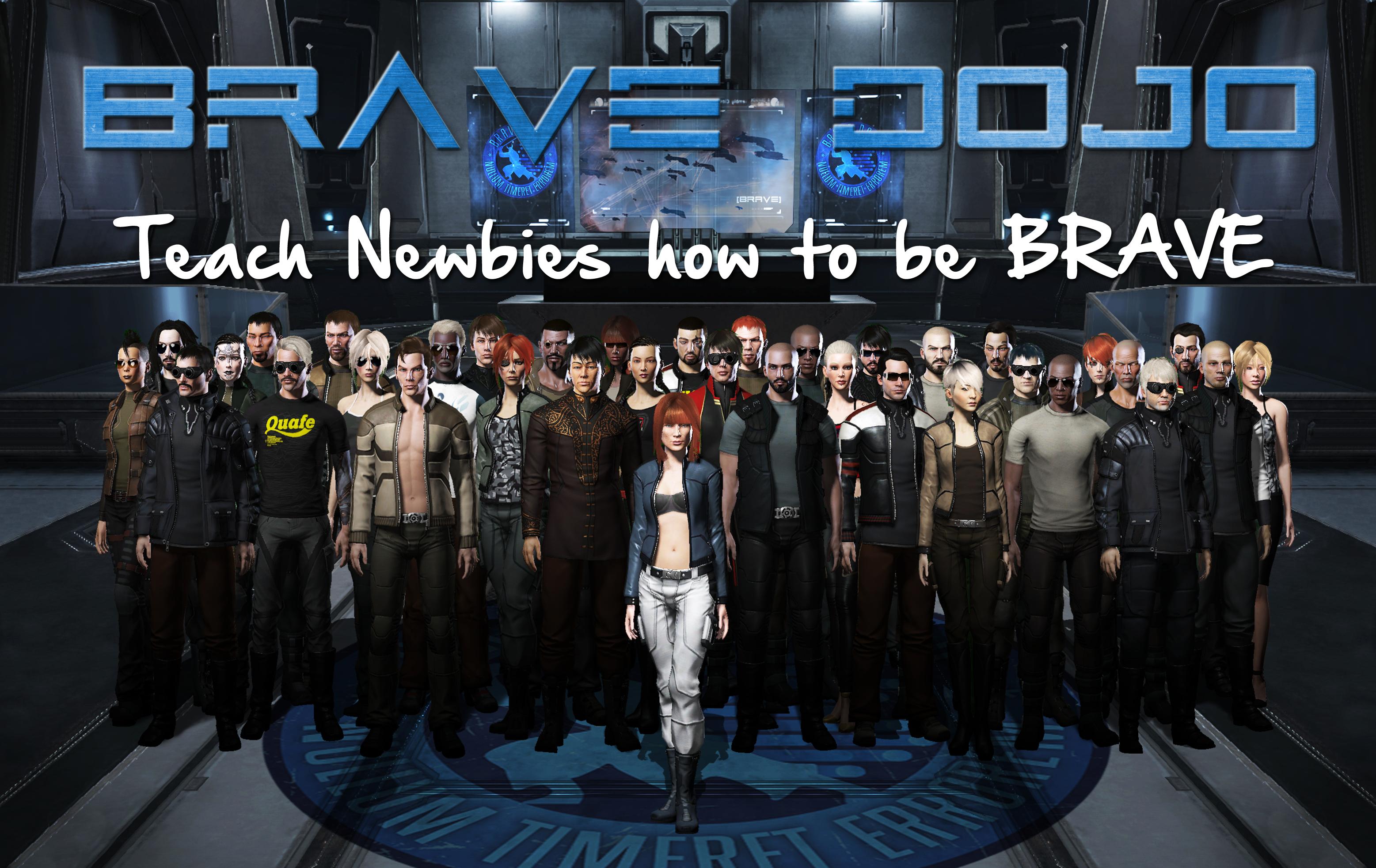 Big alliances took note as combat casualties lit up wherever the Brave moved. This was a sharp contrast to their slowing, freezing, icebergs of blue standings.

Every bitter vet was once a starry eyed EVE noob, howling and laughing at close calls, plans gone wrong, and flukes gone right. That crackling excitement that used to light their eyes was dimmed. They were left to rummage around, perpetually “unimpressed.” They were starving for a little taste of that forgotten marrow, while Brave was feasting on it, daily, hourly.

But feast or famine is no way to live in long in EVE. For all it’s promise, Brave lacked a soul. Pilots logged in, spiked their dopamine levels, and logged off. Although Brave gave newbies a protected environment to dive into EVE, it didn’t articulate a vision beyond that. To do so was impossible because it takes a narrative, and a narrative means you pick a side in global politics.

That contradiction ate at Brave’s maturing leadership: Grow up or stay blissfully ignorant. Brave still struggles with this today – putting a vision in front of an alliance that isn’t supposed to have one narrative beyond fun per hour.

When Brave finally arrived in the volatile south, they were welcomed as both, protege and prey. Big alliance leaders took brave under their wing, while their line members padded their killboards with the Brave masses. This arrangement worked for everyone, including Brave.

NC, fresh from victories over the Stainwagon in Esoteria (remnants of the Halloween war), pivoted and purged Against All Authorities out of Catch. NC, with no visible strings attached, used their super capital fleet to burn the forest clear, allowing Brave a place to sprout its empire. Catch region was perfect. It shares a border with the legendary hunting grounds of Providence region, where the expected fights would be plentiful. With Sovereignty, hunting grounds, and it’s own coalition with Test Alliance called Hero Coalition, Brave had arrived, officially.

Pandemic Legion came to the Catch-Providence area to get in on the action. Pandemic thrives on tears from other players and Brave and Providence host some of the least hardened veterans.

Goonswarm emissaries were sent to quietly offer Brave the Delve Region. Goonswarm were about to abandon it. From their perspective, Brave was far less threatening than NC or Darkness, and could serve as a buffer between the Goonswarm Coalition (CFC) and NC’s coalition (N3).

Brave’s diplomats liked the offer. It would get them away from Pandemic Legion and into a much richer region where they could prosper like every other major alliance. Brave’s leader, however, reluctant to publicly play into anyone’s agenda, especially Goonswarm’s, turned the offer down. Word of the missed opportunity was leaked to Brave members.

NC, Darkness, The Kadeshi all moved into the Delve area and tensions rose between the colossal coalitions, CFC and N3. The dark and charged skies of war began to form over the region.

When Brave wasn’t holding off Pandemic Legion, they were making advances in Stain, conquering lucrative moon mining positions. Pandemic quickly took them all away, and then continued to rattle Catch.

The nature of Brave’s coalition and Pandemic Legion was simple: It was an EVE Dojo: Pandemic and Brave bow, Pandemic strikes, Brave defends. If Brave gets thrown on it’s back, point awarded to Pandemic. Brave gets up, they both bow and go at it again. Pandemic doesn’t want to own Brave’s territory, but they want them to defend it.

This is necessary to keep their veteran members interested. Pandemic Legion’s weakness is a byproduct of their strength: they are an end-game alliance with some of the most accomplished players. With little left to do they have to feed on excitement, not progress. Pandemic roams around like a thousand year old vampire, wise enough to bleed victims without killing them. 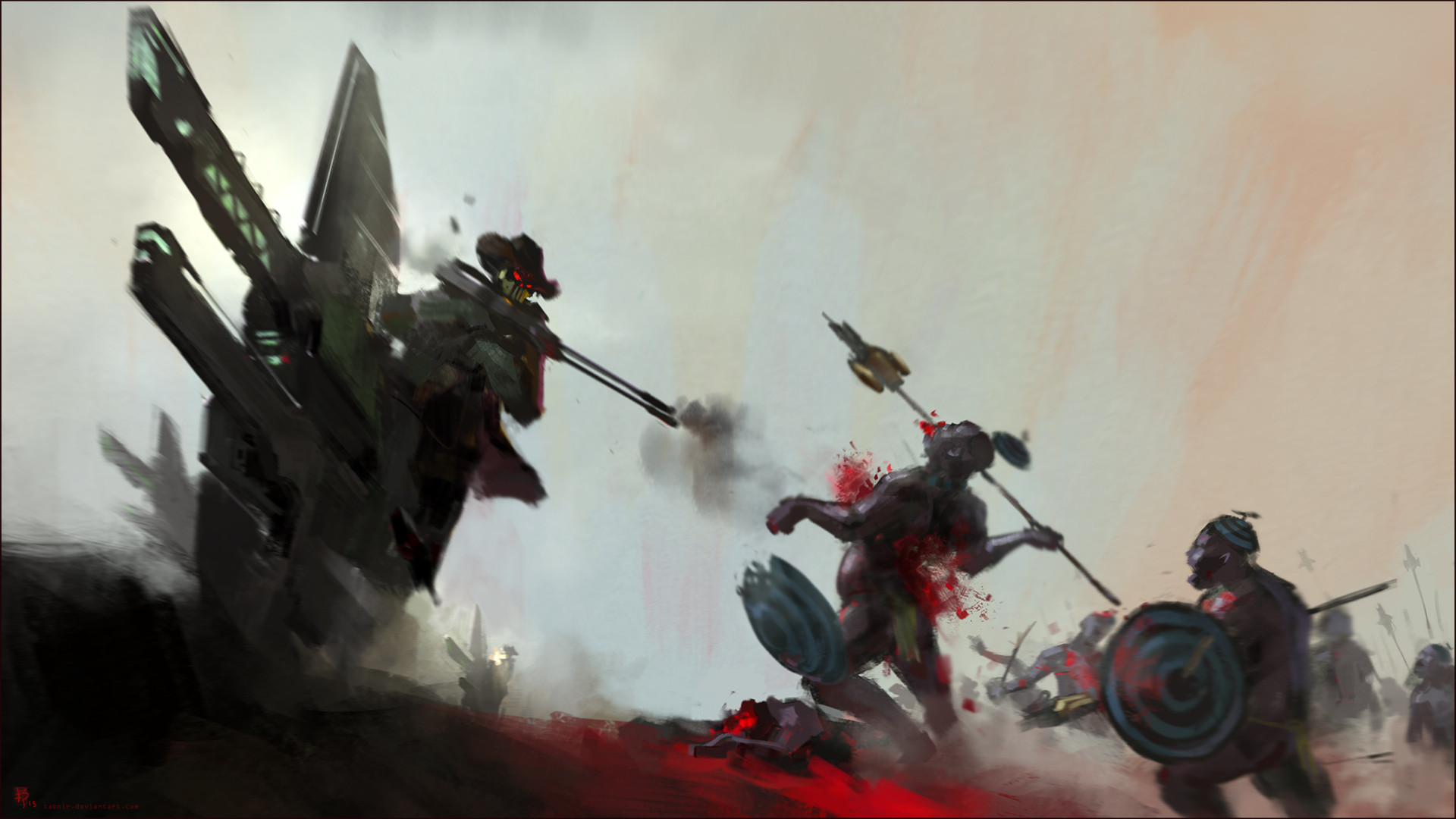 Eventually, the constant timers inflicted by Pandemic attacks stressed the Hero coalition, and Test Alliance left to pursue other interest. Publicly the departure was amicable, internally Test was sick of flying for Brave’s leaders.

Now, practically alone, the baby giant was stuck in a quagmire. Too big to reverse course back into low-sec, but weak to live in nullsec. Brave hunkered down, and dissatisfaction spread like a virus among the FC’s and diplomats. The pre-tornado winds were gathering force and  change was riding them.

Part II: The King, The Broker, and The One Good Man

Next post will detail the events that lead to the coup and counter-coup, and reveal the conspirators, their agendas, including the identity of the broker. LINK HERE