Fresh off the heels of the end of their campaign in Catch, Pandemic Legion were seen deploying to Stain on Monday to start a new offensive against N3 Coalition member Nulli Secunda‘s Esoteria holdings. 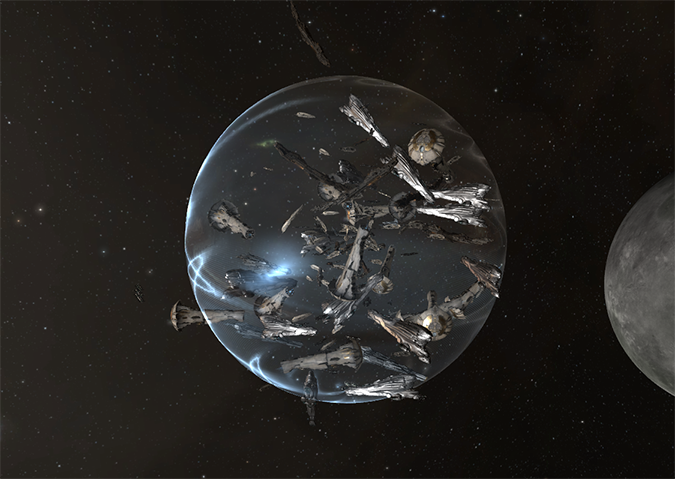 Pandemic Legion Supercapitals on the move this week.

Having weighed up their options as the largest mercenary alliance in New Eden initial speculation as to Pandemic Legion’s sudden interest in Nulli Secunda ranged from personal disputes to laziness. However, the first inclination of such a motive was indicated in a broadcast to the Clusterfuck Coalition (CFC) from The Mittani.

directorbot: Oh, silly me, I forgot to mention that I hired PL to kill S2N.

something something regards goes here~

With The Mittani’s reputation often being associated with misinformation and distrust it initially became an interesting talking point. Pandemic Legion’s long-term ally, Northern Coalition., are the head of the N3 Coalition spear, and with Nulli Secunda as a permanent member of the N3 coalition, how will this play out in the New Eden political landscape? Would a contract such as this interfere with the CFC Campaign in Delve? Would N3 withdraw to protect Nulli Secunda’s assets in Esoteria? Would Pandemic Legion reset the entire N3 Coalition?

A short time later, Pandemic Legion confirmed they had taken a contract in the region for an undisclosed amount from the CFC.

The campaign was gearing up to be quite an interesting one politically and also had the potential for some exciting back and forth between these two PVP focused Alliances. Nulli Secunda’s healthy abundance of Supercapitals, strict and effective Tech 3 fleet doctrines and effective fleet commanders could certainly give Pandemic Legion a fight worth having. As evidenced previously in the last Pandemic Legion campaign in Delve, in which the sides clashed for months over control of the region. However, it seems that this is a conflict not meant to be seen again as the leader of Nulli Secunda, progodlegend, issued a full withdrawal from the area immediately in an address to the alliance.

Progodlegend:
I’ll be blunt and brief, as some of you already have known for a couple of days now, PL has been hired by CFC to invade our space. High command has known about some aspects of this for a little while, and we’ve been evaluating our options the past few days. As you have seen over the past 24 hours, we’ve started the process of restaging our assets out of HHQ and into AZN.

In terms of political impact, this may not be the great upset that many had anticipated. With N3 and PL locking horns previously over a Pandemic Legion campaign against The Kadeshi early last year. This resulted in Northern Coalition. and Pandemic Legion supercapitals having a cold-war style showdown on a Kadeshi starbase structure. However, this did not lead to any significant standings reset or battle as a result.

So what is there left to do? It seems that this will now become a grinding campaign for Pandemic Legion, a far cry from the consistent content that “bullying brave” had to offer. There are rumours that this area has in the region of 200-300bn isk worth of harvestible moon materials ripe for the picking. Also with the Russian alliances looking to firm up their operations in the area Pandemic Legion may use the opportunity to increase their moon holdings whilst the iron is still hot before moving on to their next endeavour.