For months, Catch was a fire seen all around New Eden, but after Pandemic Legion [PL] was lured away in pursuit of coin, the legendary region calmed to a smoldering heap. HERO Coalition (made up of the Brave Collective, Test Alliance and other new player orientated groups,) had successfully defended their home. Their “fight or die” Strat Ops were replaced by more routine form-ups.

Once HERO went around to all the villages and “cleared the bodies off the pikes,” they took inventory and noticed their war chest was nearly empty. The essential ship replacement program (SRP,) akin to an armory, was depleted after nine months of constant siege and hard hitting PL ‘vacations’ in the area. Indeed, Catch was intact after being attacked, but HERO needed ISK to refuel their military operations.

HERO assessed their surroundings and took action against a pair of old enemies: Against All Authorities and the Stain Wagon coalition. A number of operations were lead into Stain, with the purpose of taking a controlling interest in the moon income of the region. Some assistance from Nulli Secunda was accepted to speed things along. Progress was smooth and consistent as R64 moons fell to HERO: Their military coffers started to refill. HERO’s labours were bearing fruit and the harvest was coming thick and fast. But the optimism was tempered by an ill wind: A long shadow was creeping back from the East, signaling Pandemic Legion’s return to the area.

Now That PL is Back

Pandemic Legion set up a Death Star POS in the HERO staging system of GE-8JV, allowing them to 3rd party on fleet fights that regularly go on in the system. This, in and of itself, is a welcomed event by HERO, but PL has moved further than that. They clearly have designs on the Stain moons. A large number of the towers placed down by HERO are being reinforced in rapid succession by a PL super capital fleet. PL’s commitment to capital fleet domination can only be matched by those they ally with (formally or informally,) and HERO is not among them, so, without strong allies, they have to stand back and watch them go down.

Although PL’s military weight is well known, they are also known for “upping the ante” on the meta game – tricks outside the game to secure a win. They pioneered deadzoning stations, and employing tactics that shave the lines of CCP’s EULA (like sharing accounts.) Their “winning” reputation is a magnet for pilots that want to win too, or rather, want to insulate themselves from losing. This same reputation is a huge weight around their neck. The pressure to stay on top breeds a certain type of culture that values taking every advantage, in or out of the game.

True to this ethos, PL has been setting up open fleets to HERO members or putting spies into fleets which allows them to warp unsuspecting people to the tower only to be shredded to bits by it. In what could be described as a flagrant disregard for the Eve Terms of Service which states:

* In-game names include, but are not limited to: Character names, corporate names, alliance names and any other player-nameable item or entity within the game world.

c. No player may use the character name of another player to falsely represent his or her identity. Player created corporation and alliance names also fall under this policy, as do names of any other in-game entities.

A member of Pandemic Legion has created an alt character by the name of Blue lce, which looks suspiciously similar to the well-known HERO Fleet Commander Blue Ice, and is using this toon to invite HERO members into fleet only to warp them to their doom.

PL always have something up their sleeve. In most cases it’s a Super Fleet used to extort HERO for ‘GudFites’ in exchange for not taking sov. Should HERO get the upper hand in a given battle, PL will drop the heavy ships anyway. Most overpowered alliances want ‘gudfites,’ but that doesn’t mean they will allow themselves to lose them, or take a sufficient losses that hurt their reputation. That means there is no consistency to when PL will escalate, it depends on the fragility of the FC’s ego.

Note the massive escalation seen some three months ago: 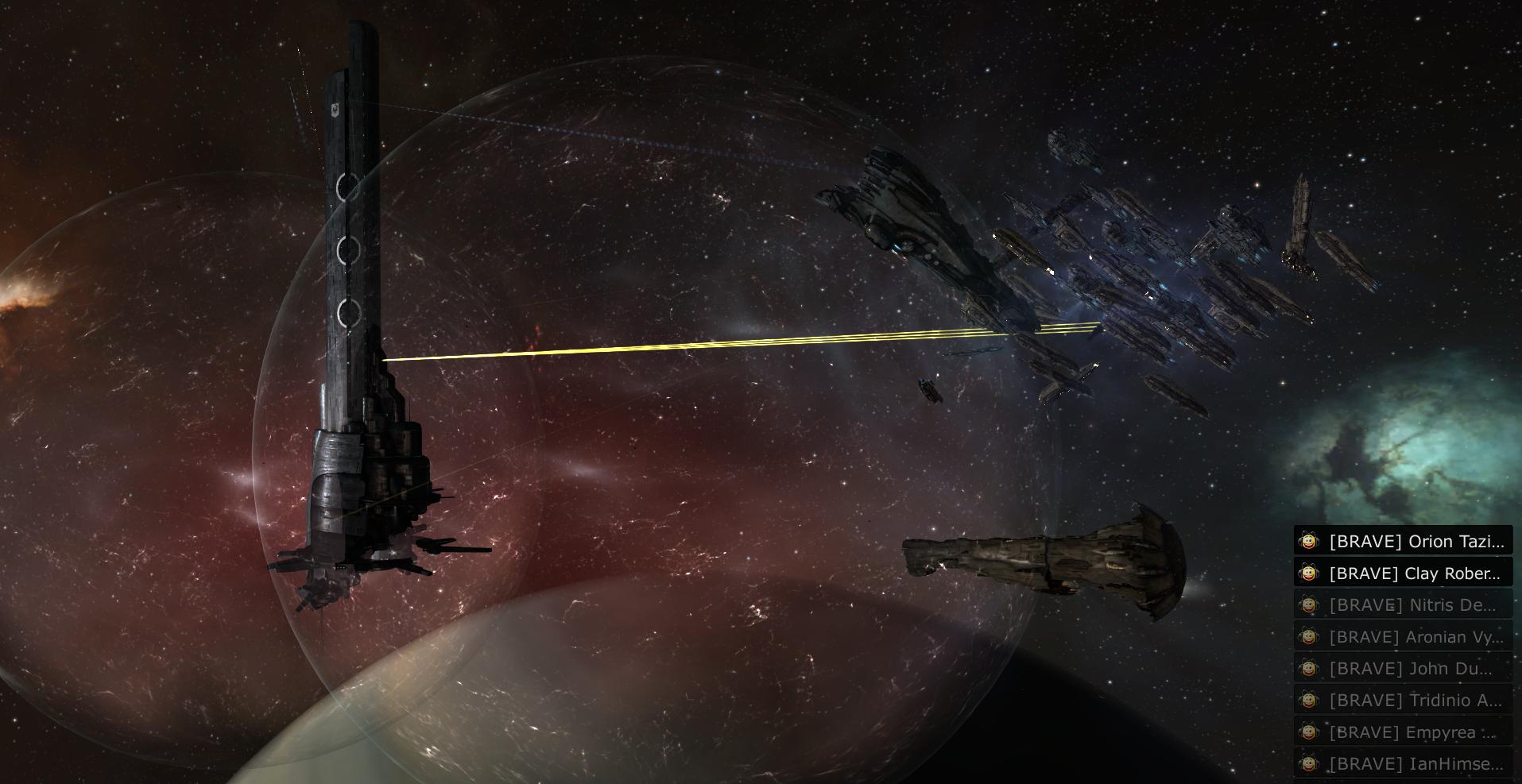 Now that PL has returned, HERO will continue to do what it always does, which is to persevere against all odds. Phrased another way, hand PL bodies to put on pikes, in hopes that will appease the gods from razing the lands.