What is Black Ops and how does it work?

Black Ops or “Blops or Blopsing” is the art of cloaky camping within hostile territory. Players do this for a few different reasons. One it’s fun, and or two they are there to shut down an active mining/ratting system.

So how do you blops?

The plan is rather straight forward. The hunter finds a target, then lights a Covert Cynosural Field which will allow a Black Ops Battleship to active a jump bridge using the Covert Jump Portal Generator, through this you will launch your fleet.

So with that being said lets get into a bit more detail.

Hunters:
Requirements: Covert Cynosural Field Generator, Covert Cloaking Device
Research: Dotlan.net
Hunters are the key to any successful blops operation. Yes you can drop on just about anything with the right fleet on the other side of the galaxy, but knowing when it’s a trap or not is key. This is why paying attention to the system your currently in is important. Pay attention to local, to traffic, to your scans, how long they are ratting or mining, what type of anoms are in systems, is there a fleet in the area that can drop on you or not. These are all very important elements. Last night I was able to sit down and talk with a hunter. In the spirit of Black Ops I’m going to keep his name under wraps.

Ephrem Syke > What do you enjoy most about blopsing? 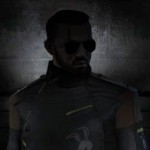 Hunter > Thrill of the hunt
Ephrem Syke > So asking around your corp your the man when it comes to finding those danks kills. Why do suppose that is? What are you looking for when your picking your target?
Hunter > I actively hunt while most everyone else in corp just hangs out in a system for a few days until the residents get lazy and start ratting/mining again. Look for high rat kill systems, then enter and try to find anyone slow that warps off, then I set a trap and hopefully kill them
Ephrem Syke > How long have you been hunting for?
Hunter > December 20th, but didn’t actively start heavily until like December 28th ish
Ephrem Syke > Very nice, I hear you guys are pretty active with your hunts. Being that said you guys must have many salty tears.
Hunter > uh, not really actually, another Hunter get’s a lot more than me tbh :/
Ephrem Syke > What is your favorite region to hunt in and why?
Hunter > Provi, lot’s of people ratting in there, so it is easy to find targets
Ephrem Syke > There are many different ships that players can hunt in. Do you have a personal choice?
Hunter > stealth bomber
Ephrem Syke > What type of ships have you seen in your travels that corps have used for bate?
Hunter > Napoc/macharial so far
Ephrem Syke > What do you find to be the biggest challenge when hunting?
Hunter > Remembering to bring the Liquid Ozone. Honestly, the gate camps. Gets annoying dodging them all the time
Ephrem Syke > LoL I can understand that completely. Gate camps are a pain sometimes.
Hunter > A whole ton easier with a stealth bomber that goes 1400 m/s compared to a poor Proteus that does like 20% of that :/
Ephrem Syke > A lot less of the cost as well. Those Proteus can rack up to a nice price.
Hunter > yeah, can lost like 30 bombers for the price of 1 hunter Proteus
Ephrem Syke > With that being said sir. What advice could you give to the new bros trying to get into hunting. What have you learned to make you ba better hunter?
Hunter > Learn how to dscan properly, goes a long way in tracking down a ship quickly
Ephrem Syke > Before I take up to much of your hunting time. Is there anything else you would like to add?
Hunter > Have fun, don’t stress if you miss the kill, takes a few tries to get the hang of it, so don’t give up to early
Ephrem Syke > Great advice. Thank you for your time and good hunting.

As a hunter your job is to find targets right? So in ordered to do that you are going to need to know a few things. There are three different ways to find targets. You’ve got D-Scanning, Combat Scanner Probes & of course warping belt to belt. D-Scanning is the quickest way to do it, if your good at D-Scanning that is. Warping Belt to Belt is of course slow, unless you’ve been watching what belts they have been going to and so forth. Then you have Combat Scanner Probes. Now although these are extremely accurate, they are also noticeable on D-Scan which, if the target is paying attention to local and he is D-Scanning your going to spook him. With that being said I would recommend you work on your D-Scanning skills.

One last note about hunting. With the recent changes to the Combat Recon Ships it is important to note that those ships no longer show up on D-scan. However that being said ALWAYS keep your eye on local! If you are interested in learning more about the changes please take the time to read one of our other articles regarding this matter. You can read more about the Recon Changes here.

Make sure that went you are fitting your recon ship you have some type of tackle. Otherwise your going to end up decloaking and you have no way to keep the target around while your fleet jumps into system. Something else you will want to keep in mind is that blops will not work in high-sec space or wormhole space.

Bridger:
Requirements: Covert Jump Portal Generator
When a hunter finds a target and lights their covert cyno. The bridger will then right click on the scouts name and open the bridge. Each ship that jumps through will consume isotopes from the fuel bay of the ship which is has opened the bridge. So make sure you are fully stocked for your trips. The bigger the ship the more isotopes it will use, so a Black Ops Battleship will use more than a Covert Subsystem fitted Tech 3 Ship and in turn a Cov-ops ship or bomber will lose even less than the T3. Your fleet will need you on both sides to jump in and out.  While the jump bridge is lit your ship is extremely vulnerable, you can not move or eject until the bridge is closed. This is why it’s a good idea to fit a micro jump drive so that once your down you can jump away and cloak up. It comes in handy if the hostile system starts to scan you down.

Only Black Ops Battleships are able to fit the portal generator.

The fuel that is consumed by each ship that jumps through depends on how big the ships are. Something else that will also affect this your skills specifically Jump Fuel Conservation, and how far away your destination system is. A problem that most players have is that they think in jumps and not light years. Best way to figure this out is to use the Dotlan website.  Make sure to keep an eye on your fuel. The last thing you will want to do is get caught out somewhere with no fuel.

Fleet:
Requirements: Covert Cloaking Device
Only ships that are able to fit a Covert Cloaking Device II will be allowed to jump through the Covert Cynosural Field on the other end. It is best to fit up and use a Stealth Bomber.  With that being said contrary to it’s name, you are not going to want to fit bombs to these ships when you are blopsing. Using bombs are really only good for anti-fleet formations.

Doing some quick searching on YouTube I found a pretty decent video recorded not to long ago. This particular video show was recorded over a period of several hours cut down to roughly 7 minutes the goods and the bads of blopsing.

Fleet Ships to use:

Here are just a few examples of some fittings:

At the end of the day this is a game, do not fly anything you can not afford to lose, insure your ship, and make sure that you HAVE FUN! If your not having fun then it’s not worth doing. Remember pay attention to the traffic, local, and what everyone is doing. Your hunters will either save you or kill you and their ability to find good targets with the fleet comp on the other side will make or break your blops. So get out there, shut down those systems, get them dank kills and enjoy the game.