So with Day 3 all wrapped up and the notes now available, the CSM’s time in Iceland for the Winter Summit now comes to a close. For me, this day has been the one I’ve been most interested in. However, the topics I really wanted to hear more about are censored by the NDA (Non Disclosure Agreement). Some of the points covered here will create some fantastic tin-foil-hattery at least.

This session opened with a presentation to CCP regarding feedback; the CSM then went on to discuss a variety of topics pertaining to lowsec.

This session was designed to primarily discuss feedback regarding current module changes but there are some very interesting points about future development.

Sadly a lot of this session was restricted by the NDA (Non Disclosure Agreement) and CCP chose to include a picture of this cat in its stead. 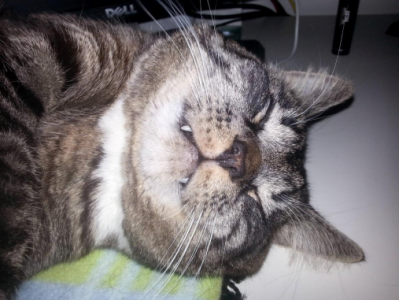 Only two real points could be extracted from this section.

Another NDA restricted section here; CCP took the opportunity to advertise some pubs they like.

This section briefly discussed some tangible items you may be able to get your sweaty space mittens on, in addition to the team’s desire to make you really want the merchandise. I’d have recommended a “Can I Bring a Drake?” T-Shirt however my suspicion is that it will be pretty space pictures.

So there we have it folks, all nicely wrapped up . On behalf of myself and EN24, I’d like to thank CCP once again for making these notes available so quickly.