This thread is for feedback and issue reporting on a small change team Five 0 have done for Rhea to the way joining a corporation works.

Until this change the process for joining a Corporation has been as follows:
1. Character applies to corporation.
2. A corp member with appropriate roles invites player to join.
3. Character accepts invite.
4. The Character is entered into the corp.

With this change implemented the above functionality still applies but a second method is now available:
1. A corp member with appropriate roles invites player to join.
2. Character accepts invite.
3. The Character is entered into the corp.

Finer Details
The option to invite a player is available anyone who has the roles required to perform step 2 of the previous process, and is visible in the actions menu (right click menu or menu in top left of show info window) for any invitable character. In all other aspects this feature work identically to the previous functionality. Players should not be able to receive an invitation from a corp when they previously have an open invitation or from a corp they are already a member of.

As usual, I will update this thread with a list of known issues.

Editors note: A lot of people have been complaining about the potential of corp invite spam during fleet fights or other high lag instances.

CCP have been quick to say that this change will not feature a pop up in the middle of the screen like conversation requests currently do and will instead utilise the notification system which was implemented with Phoebe last month. With the notification system you can configure this to ignore requests of this type so they do not show on your notifications or, if you leave them on, due to the small size of the notification alert they should not cause many issues in the game even if you are getting a lot of them over a short time.

With Rhea approaching us, we have another new site waiting to be explored named the Standard Sleeper Cache. Much like the limited version, this is an exploration site that offers a slightly different challenge than you may normally be expecting.

The Standard Sleeper Cache plays out a little differently than the smaller limited version, and due to the nature of its puzzle elements I won’t reveal many details. There are choices to be made, extreme dangers to find, and some surprises to stumble upon.

This version will however will allow larger ships to dive further into the site, instead of the Frigate only limited site.

Additionally, this is now the most complex exploration site to scan down. Using scan modules to help acquire a 100% scan will be advisable, as well as some good probes.

To help, here is a list for where you can find the site to give it a try:

Editors Note: According to testers on the forum, these new sites are pretty hard to scan down. According to available information at least an 108 probe strength would be required to scan these new sites down. These sites are also taking at least an hour to complete, however I expect that to decrease as people get more experience with them to sub an hour for each site. These sites do not seem to be doable in a frigate, however people are reporting success using Tech 3 cruisers and the Sisters of EvE Stratios cruiser.

Note that these are NOT live on tranquility as yet, so if you want to try them out, head on over to Singularity.

Here are some images of the site and also the loot. 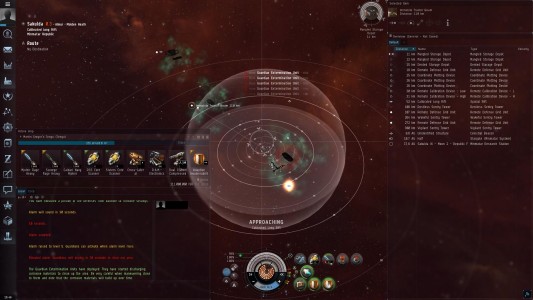 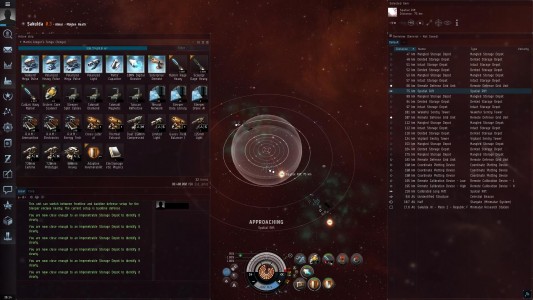