In the next couple of days Repercussus [-R.P-], one of the main US time zone corps in RAZOR Alliance, will be leaving.

[-R.P-] also makes up a huge chunk of the current <-RZR-> US TZ and they most likely won’t be able to field as many fleets in that time zone without them. In fact, so far in November the corporation has been involved with over 23 billion worth of kills.

This is confirmed intel directly from the [-R.P-] corp leadership and their plan is to join Goonswarm Federation

The reason for the move is unhappiness over the current state of affairs in <-RZR-> and dissatisfaction with the organizational structure as a whole. I spoke to Dograzor, Diplomat for <-RZR-> alliance and he gave this statement on their behalf; 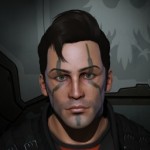 We are confirming that RP is leaving RAZOR Alliance on friendly terms, we will miss them and we hope that their decision works out for the best for all that are involved.

When asked about the reasons given by [-R.P-] for the move, Dograzor said that RAZOR Alliance would not comment on their internal affairs.

In my opinion Repercussus moving from <-RZR-> to Goonswarm will be a minor adjustment at most and will likely just involve switching comms and restationing with their fellow GSA corps. They will still be part of the CFC and have access to all that entails.

However if <-RZR-> are still trying to prove their prowess both in EvE and as a valuable full member of the CFC then losing this type of active USTZ PVP corp from their ranks will undoubtedly hurt. Whether or not this opens the gates for other corps to leave all depends whether the other corps in <-RZR-> are having the same type of issues that Repercussus has been having with <-RZR->. 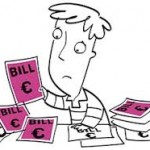 Also of note, the person who is responsible for maintaining and paying for all of the <-RZR-> online infrastructure is stepping down and will most likely be quitting EvE for the foreseeable future. This person is not a member of [-R.P-] and it is unknown who will be taking this responsibility in the future. Dograzor of RAZOR alliance could neither confirm nor deny this information.