On Saturday, 25th October 2014, an alliance meeting was called for Black Legion. to issue orders in preparation for Phoebe release on the 4th November 2014.

The first point made was that Infomorph Psychology and Synchronizing are to be trained to level 4 at least to make rapid movement across the universe easier and so that BL. can re-deploy quickly if required. It will help BL. retain a certain amount of mobility post patch and seems to be something a lot of the alliances are thinking of.

Orders also still stand for everyone to move everything to Tartoken by the 29th October, so that when the next move op happens, everyone will be moving from Tartoken with the cyno chain that will be supplied by BL.. As to where they are going, a document was released to BL. members that showed the pro’s and cons for regions including:

Curse – which would put BL. in the locality of INIT, HERO, PROVI and PL but may cause TZ issues and put them a long way from the CFC, if they are still going to try and take them down. 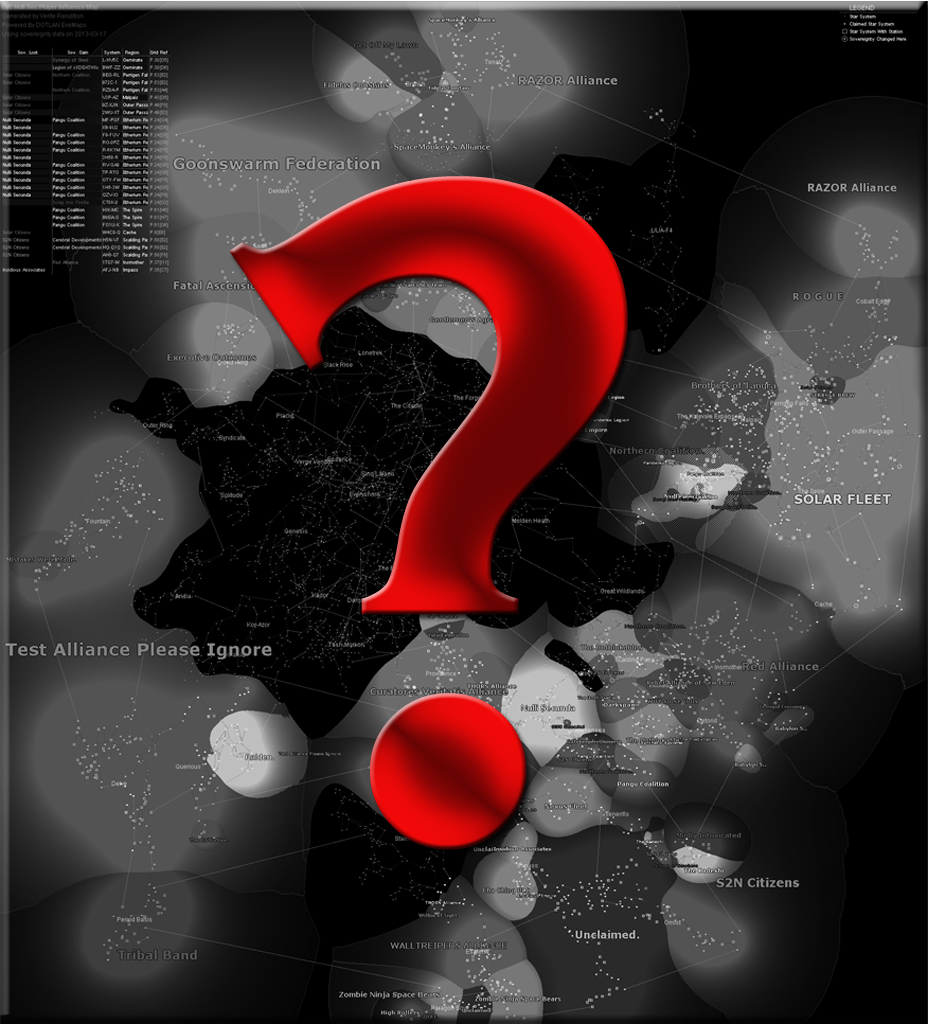 Lonetrek – which is nice and close to Jita and within hit range of a number of CFC regions and certain low-sec entities for content but any gains in CFC space would likely be temporary as CFC will probably turn up in force.

Venal – which is right in the middle of CFC space and would make for good content creation with lot’s of people to fight and there will be enough PVE content and moons to set up a good source of income. However this will make movements for caps difficult as all mid points would be in hostile space and PVP content would depend totally on CFC as no one else is around to fight or, if not blueballed by CFC, they will likely get blobbed when the CFC DO decide to fight. Also high potential for hellcamped stations by bored CFC members.

Fountain Core – close to ‘money moons’ which will either generate ISK for the alliance if flipped or generate fights if others come to defend. A number of outer CFC alliances would be close by. PVE content for individuals would be good through Angel and Serpentis missions as well as exploration. However this will need a mid point in hostile space for JF’s to get to high-sec and there is a low chance of either getting hellcamped by CFC or their local allies.

Do BL. want to continue taking on the CFC blob, maybe without friends like the rest of N3 to help?

Do BL. decide to take a easy option, like Lonetrek? Or a riskier strategy like moving out to Venal?

As to where they are going, it seems like BL. are looking either towards Fountain Core or Venal, once that is decided, with the help of an alliance vote, the BL. leadership have declared that this will be the alliance home for the foreseeable future.

BL. seems to have also come to terms with the fact that the old EvE ways will be dying after this patch and that the will need to adapt and improve in certain areas to help them be successful in what will soon be a totally new game of EvE. BL. have said they will stop looking at the entire universe and just focus themselves on certain regions and their local area. Hopefully this will increase their effectiveness as an alliance.

BL. leadership have promised that they do have a plan for the alliance for the long term. This will be unfolding over the weeks after the Phoebe patch and when they know what the new ‘occupancy affected SOV’ will entail.

Orders in regards to supers are to not sell them, infact the BL. orders are to buy as many as they can possibly get their hands on. Titans are prefered over supercapitals and Leviathans are the preferred titan of BL. at the moment.

I will keep an eye on this situation and once any further details become available I will update as required.