Since the 7th October 2014, a total of 48 freighters have been destroyed along with 27 Jump Freighters by the group, amounting to an astonishing 267 billion ISK lost and echoing the old ‘Burn Jita’ initiative which started back in 2012 although on a much smaller scale. 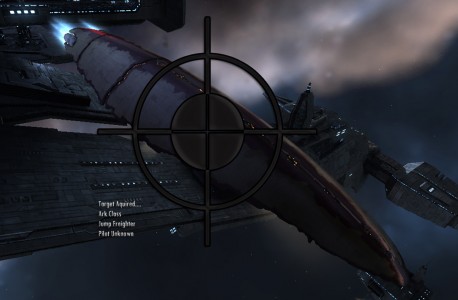 The two biggest kills are the Obelisk of Rumba Idanto Aliastra worth 23.30 billion ISK and the Providence of PrOuDuS which was worth 22.16 billion ISK.

I managed to ask Warr Akini, Director of Bat Country and founding father of the Ministry of Love why his group were targeting freighters and jump freighters in and around the Jita Area. This is what he had to say;

I built Miniluv (Ministry of Love) with some other Goons way back in 2012 because Burn Jita was way too much fun, mostly, and because highsec offers a lot of pleasures that nullsec just doesn’t. We just like murdering stuff and it’s a challenge. The purpose f that we are doing at the moment is simple, we are culling the herd.

The whales are obvious targets – they present themselves, we gank.

It’s based loosely on the Ministry of Love found in George Orwell’s book 1984  and its stated purpose is accurate to our organization’s actual narrative, but once you’ve been doing it (ganking and causing random terror) for three years you tend to just see a lot of bloodlust instead of the same lines from 1984.

I asked Warr Akini if the purpose of his ministry, promoting the Goonswarm Federation and CFC through terror and fear, had got lost in the lust for the kill?

Oh no, the purpose is still there. Narrative and purpose aren’t one and the same.

For those of you not familiar with the book we have been mentioning here is a wiki quote explaining what the ‘Ministry of Love’ (Or Miniluv) is about;

The Ministry of Love, like the other ministries, is a misnomer, since it is largely responsible for the practice and infliction of misery, fear, suffering and torture. In a sense, however, the name is apt, since its ultimate purpose is to instill love of Big Brother

So in ganking the Freighters and Jump Freighters of the residents of EvE, Warr Akini and his ‘Ministry of Love’ are trying to enforce a level of respect in the Goonswarm name and the CFC as a whole. Spreading fear, causing terror and inflicting misery on the residents of New Eden.

Or they are just bored and want to kill things… you pick.