Kowata from Nemesis enterprises sent us an insightful take on the New Eden map after the Long Distance Travel Changes take place if they remain as announced.

After changes, it will be harder for a super-capital to leapfrog an entire regions given the new 5 light-year range adjustment. This changes the way power projection is wielded radically, for example in many cases a regional gate is going to be an obligatory leg for a moving force.

I took the time and also added a range comparison for a perfect skilled Nyx versus the same pilot after the 5 LY limit kicks in. 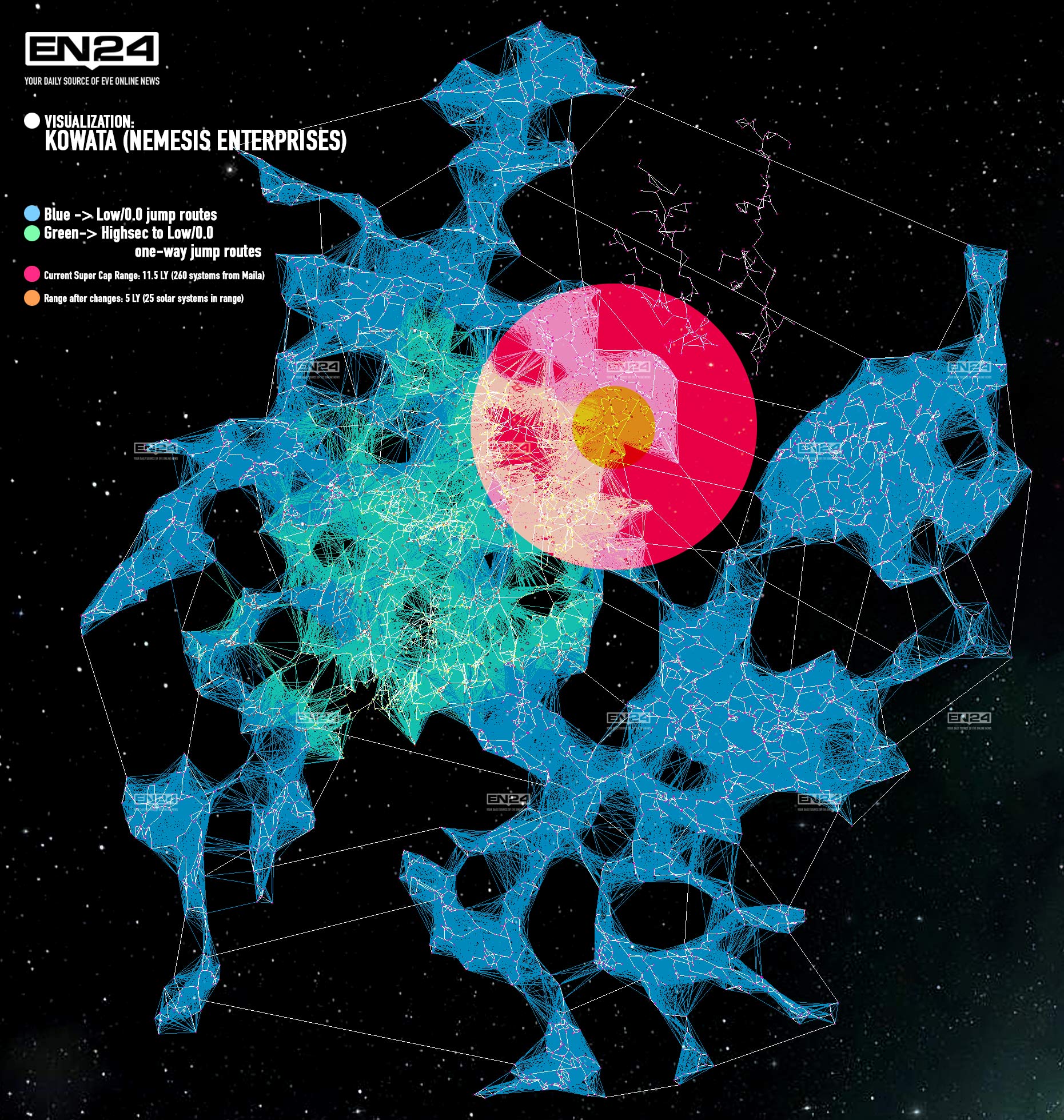 The result truly gives a good perspective of the impact the changes will have, for example right now a super-capital fleet stationed in Maila has over 250 solar systems and 9 regions to jump to. After the change, its range will get reduced to merely 25 solar systems and just three regions. 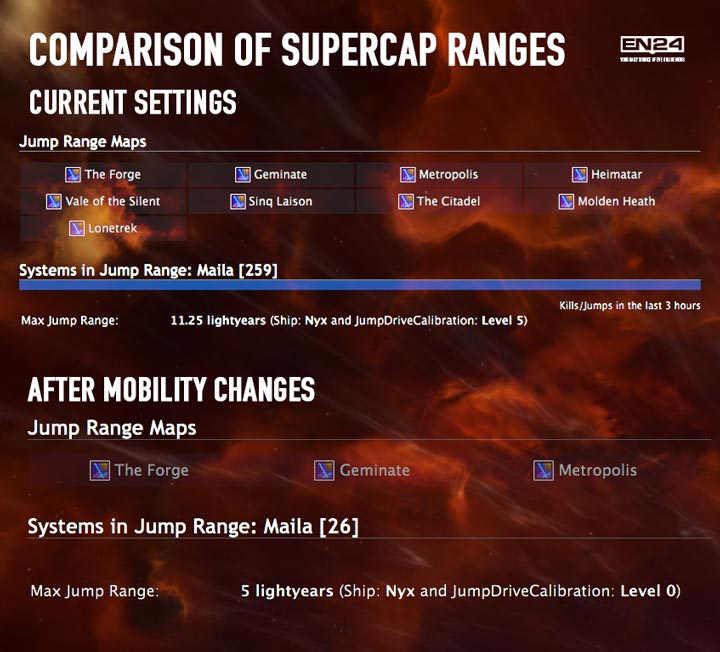 It’s easy to realize the exaggerated sphere of influence a capital fleet currently have, and bear in mind this is only taking into account a single jump.

We also made a comparison per ship, wait for the gyfcat to load (2mb), it will resize itself afterwards.

Let us know in your comments what you think of all this, also once again, thanks to Kowata for sharing his graphs with us.