The Future Of Player Built Stargates

Last night a redditor by name of Hurt69420 posted three screenshots of what appeared to be a blueprint and details for a player built stargate. 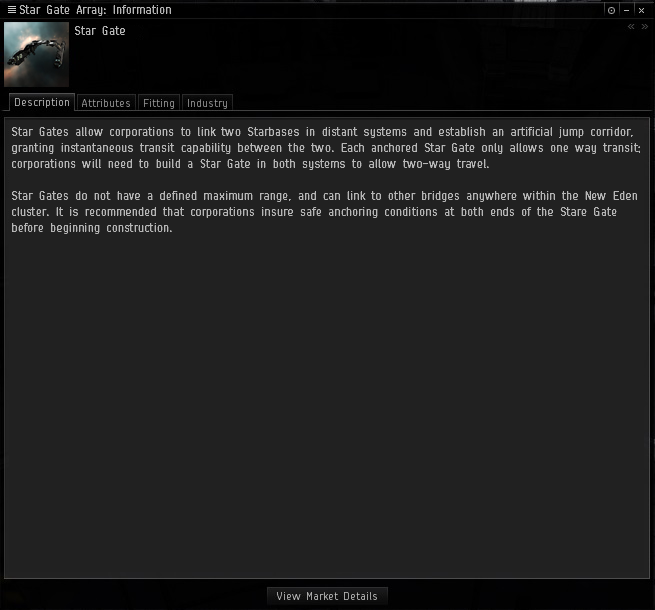 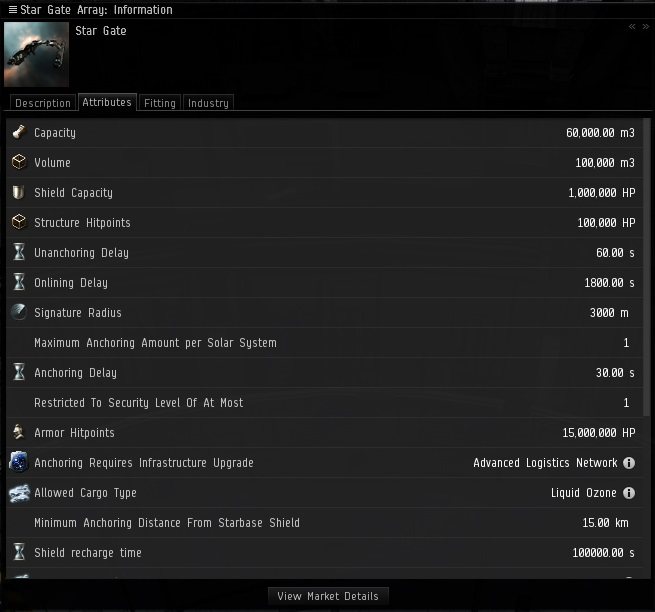 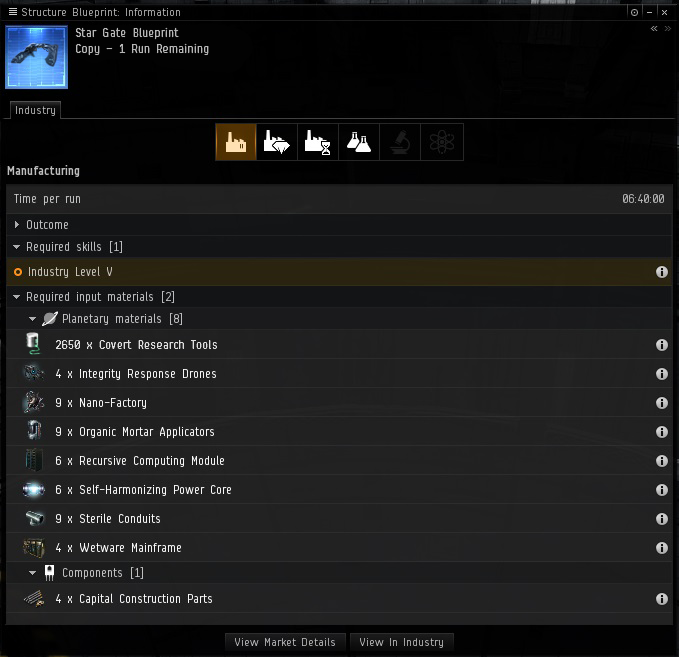 Hurt69420 claimed that the image was leaked from the Chaos internal test server. As expected the screenshot sparked huge debate regarding its legitimacy. Many redditors were of the opinion that the image was a very good fake, but a fake none the less. Whether or not this image is a fake, it does bring up the big question of, what will player built stargates be used for?

At Eve Fanfest 2013, CCP hinted at their intention of introducing player built stargates into the game. They did not mention what kind of time frame these should be expected in, or what their role in the game will be. Images of what could be a player built star gate were later seen in the Eve Fanfest 2014 Prophecy trailer, whether or not it is a star gate we are unsure. Due to this lack of information provided many people have speculated as to what exactly this possibly game changing new item will be used for. Many theories have come up, some completely ridicules, and some very plausible. “A lot of what we’re thinking about is what is going on in the universe outside of the known areas of high security, low security and null sec. We have a fifth race that players aren’t part of – the Jove – who are technologically more advanced than the rest of the players. They are very melancholy and there aren’t very many of them in the Eve universe. Are the Jove on the other side of these stargates? We’re not telling yet but we’re certainly thinking about that. What else might be there? There have been existing civilisations that people have found as part of the wormhole techs… what was that civilisation, what did they do?” A statement from CCP regarding player built star gates before the Rubicon expansion 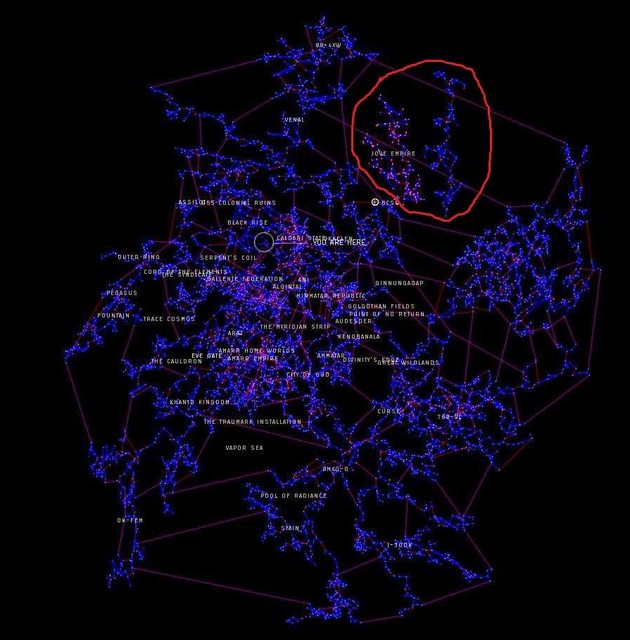 As many people might know there is an unreachable region of systems in New Eden, this is Jove space , shown above. The lore regarding this area of space is plentiful and could fill an entire article in its self. Basically it is an area of space occupied by the Jovian empire, there are no stargates to this region, and no capsuleer that we know of has ever entered Jovian space. Player built stargates could provide the opportunity for corporations to build their own gates to the region, and in doing so tap into vast amounts of wealth, and who knows what else. The other similar theory is that this could be the case, but take pilots to new regions of space all together.

Recently CCP started a thread asking for feedback on the current feelings regarding 0.0 space and what people feel could be changed. One of the main criticisms raised was that of the ability for large forces to jump from one side of the galaxy to another with complete ease and safety. The theory is that CCP could look to remove current travel systems such as jump bridges, and replace them with player built gates. This would mean that corporations and alliances still have the ability to create custom travel routes, which could span longer distances then normal star gates, but would still hold all the risks that current gates do as well as the risk of being destroyable.

This theory one would feel is the least likely, the theory is that players could build gates that would be entrances to wormhole space. These entrances could cycle wormholes meaning that while you are guaranteed entrance into a specific wormhole class it won’t always be the same wormhole. The reason why this theory is the least likely is due to the fact that this would make wormholes farmable by none wormhole entities, and would take out the need to actually live in wormhole space.

The range of possibilities that this could create is enormous. Unfortunately it is all guess work and speculation until CCP finally provides some more information on the matter. Who knows, this could be a feature we won’t see in a very long time. With the current demand for changes in null sec CCP may put the idea for player built stargates on the back burner for a while.

Let us know in the comment section what you feel the best use for player built stargates would be.