On September 5th at 22:00 UTC, EVE-Bet.com scheduled a player run event to sacrifice a Revenant Sansha Nation Supercarrier to “the gods of New Eden,” and thousands of individual players within the Eve Online Universe. As one of the rarest ships in the game the Revenant was a huge attraction, and very successful promotion by the website that put on the occasion.

Only once before has one of these ships been destroyed in the entire history of Eve. The video below shows the first loss of a Revenant ever.

Worth about 100 billion Isk of in-game currency (or approximately $2,000 USD) the Revenant is pricey, but not the most expensive ship hull in the game. Players from all over the world participated in the event which was announced about a week in advance to the Eve community. Prizes in the form of PLEX would also be given out for top damage, killing blow, most damage done in ship class, and a whole host of other categories that were listed for the event. The announcement was made where the ultra rare ship would be only a few hours before the scheduled time of the event, and the race was on.

As players made their way to the system of Nisuwa where the tenacious affair was set to unfold, fleets of gate campers awaited outside the system for easy killmails. Most players made it through, but were immediately met with 10% time dilation (tidi). Time dilation in a nutshell for those of you who don’t know is the process of slowing down the game when more players concentrate into one area in an effort to lessen the burden on servers so the game doesn’t crash. 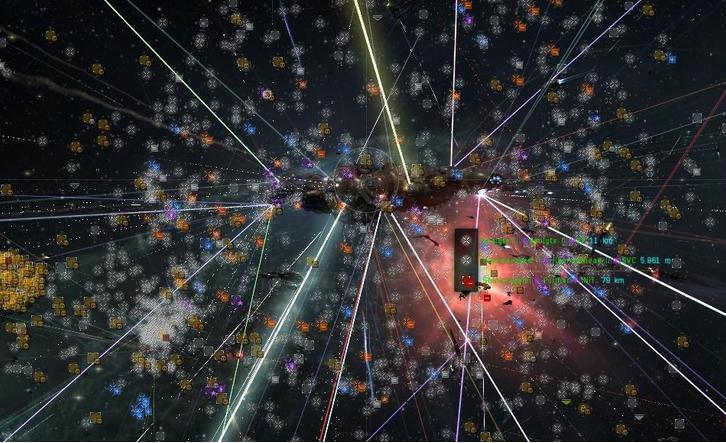 Over an hour went by and still no Revenant, but when it finally did show, everyone locked up the ship in an effort to blow through its shields. It was at this point as 10% tidi was really slowing down the killing of Dark Razer’s ship that it was decided to turn off all ship defenses and resists to speed up the demise of the supercarrier.

The destruction took nearly two hours to complete, but looks to have served it’s purpose as a very successful self promotion for eve-bet.com within the Eve Online community. Shortly after the destruction of the Revenant some players reportedly were unable to log back into the game after experiencing a crash, but the problem was resolved quickly.

You can find some pictures of the fun by clicking here.

At the time of publication of this article there is still no killmail for the Revenant.

We will continue to update this article as more information comes in.

According to CCP Foxfour no Revenant killmail exists! The following comment was made on Reddit and reads as follows: