As CCP Seagull said in her Hyperion overview dev blog, we have some changes coming to Incursions with Hyperion on August 26th. This dev blog is going to give a more detailed explanation of what those changes to Incursions are.

If you would like to know more about what Incursions are, check out this really good article over on the EVE University wiki about Incursions. 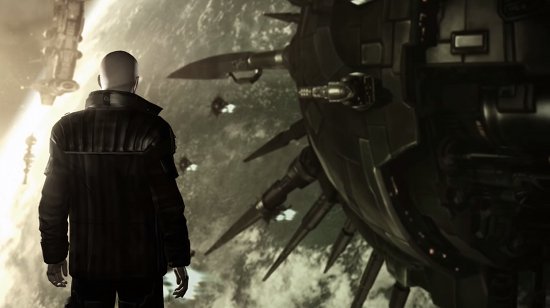 Reducing the re-spawn time of Incursions

Right now when an Incursion finishes there is between a 24 and 48 hour delay until another Incursion spawns in the same security space replacing the one that ended. For example, if all of the Incursions in high sec are completed within a short time span of each other, it means that for a period of time there will be no Incursion in high sec.

This change is aimed at helping make sure that Incursion runners will always have them available when they log in. You may have to move to get to it, but at least the option is there for you to go do it.

A revamp of scout sites

Scout sites are the lowest level of Incursions site available for players to run. When Incursions first launched their goal was to provide an environment for introducing players to Incursions. When we look at metrics such as how often these sites are run, who runs them, and then talk to players from the Incursion community it becomes fairly obvious that Scout sites are not achieving their original goal. Time for a rebalance!

While looking at them we decided to change their purpose from being an introduction to Incursions to something you could run while waiting for a spot in a fleet running Vanguards or when you don't quite have enough people to run Vanguards.

To achieve that goal we bumped up their rewards from 50,000 ISK to 3,500,000 ISK and from 50 LP to 400 LP per pilot, still keeping them less desirable to run than Vanguards. We then also adjusted the number and types of NPC you find in the Scout sites to balance out the increased reward.

Putting an end to the NCN wall

If you regularly run assault sites in Incursions you may be familiar with a term known as “NCN wall.” This generally means that the system with assault sites only has Nation Communication Network (NCN) sites available to run. We are making a change that will make sure assault systems are never 100% NCN's.

Since putting these changes live on our testing server Singularity we have been getting some wonderful feedback. We have a few more minor tweaks to the Scout sites before they hit Tranquility with Hyperion on the 26th. One of the huge benefits of EVE being on this new 6 week release cadence is that, after we release this content in Hyperion, we plan on reviewing the changes again in a release or two. Something that would have been much harder before.

So that’s all for now on the Incursion front. I hope you are all as excited as me to begin running Scout sites next week.