I wish this was an speculative piece, but the truth is undeniable, EVE Online’s 30 Day Pilot’s License Extension prices has reached a 822.20M median and to be honest there is simply no signs of its price going down, in Jita the PLEX licenses trade at around 826 Million.

For those readers strange to EVE, the 30 Day Pilot’s License Extension was a CCP Games introduction years ago which allowed scores of wealthy EVE Online player buy “a month of game time” in exchange of in-game currency. Well gone are the days where PLEX used to trade at 225 mil each, now at this rate it is feasible to think of a billion isk PLEX price tag by the end of the year.

Here in latin america, for non-dollarized economies there is always a comparison between the “official” currency exchange to the “black-market” exchange. I find interesting that the same happens to EVE Online players, who often tend to compare the value of PLEX against the same dollar value buying off from black-market traders. The exchange right now is close to $20:860m for legal PLEX, versus around $20:1100m for black-market isk. This makes the prospect of getting banned due to an illegal isk exchange a very poor decision. By the way, in this very same line, I would recommend my readers to head over to Nosy Gamer’s blog if you would like an updated look on anti illegal RMT actions taken by CCP Games.

On the other hand this is great news for legit PLEX buyers, that’s it, those who would like to get the most bang for their buck legally. We are now at the highest isk exchange rate EVE Online have ever seen: 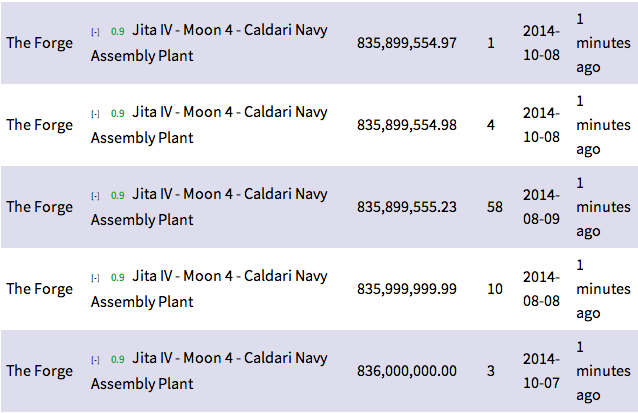