In a despicable act of selfishness, someone has vandalised the new EVE monument in Reykjavik, Iceland. This has been confirmed by CCP, who are now in the process of investigating and pursuing the vandal. 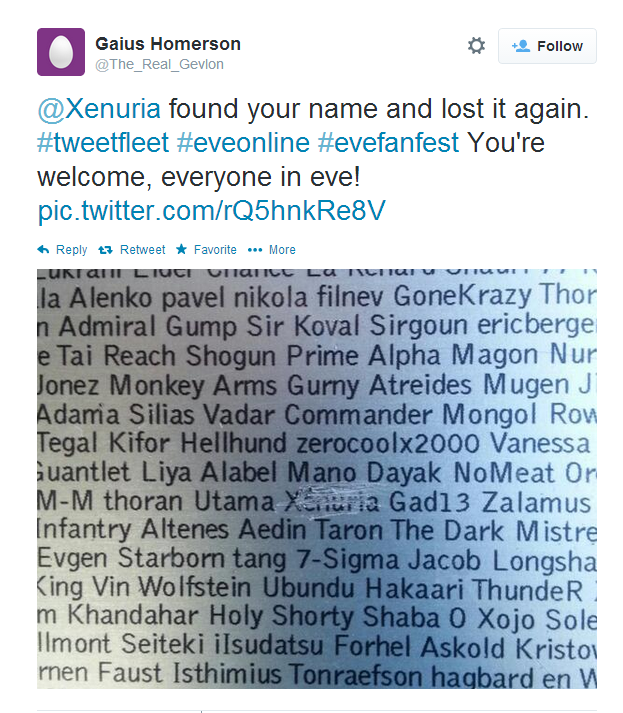 Not only did this individual deface the EVE monument, he also posted his ‘work’ on Twitter as ‘The_Real_Gelvon,’ an obvious attempt to throw blame on the infamous blogger, Gevlon Goblin.

The EVE monument was unveiled during Fanfest, and has been a popular site for fans to find their names and take snapshots. It lists all the active, paying players ‘born’ before March 1st 2014 and will serve as a memorial for EVE online players who have passed away. A time capsule is also buried underneath to complete the memory.

Why would someone deliberately scratch out a name on the memorial? Who is this Xenuria? Xenuria is currently a member of Marcabian 5th Invasion Fleet in the Pasta Syndicate. Xenuria is also a repeating CSM Candidate and has had a peppered the EVE online forum with a history of trolling and fiery responses. Is this a response in anger, revenge, or a troll in-and-of itself? Regardless, it is a inexcusable act of vandalism and has shocked players through EVE.

EVE online has been renowned for its rather mature gaming community, in comparison to the average MMO, and as such it is sad to consider that there is someone out there who could act with such blatant disregard for his/her fellow pilots.